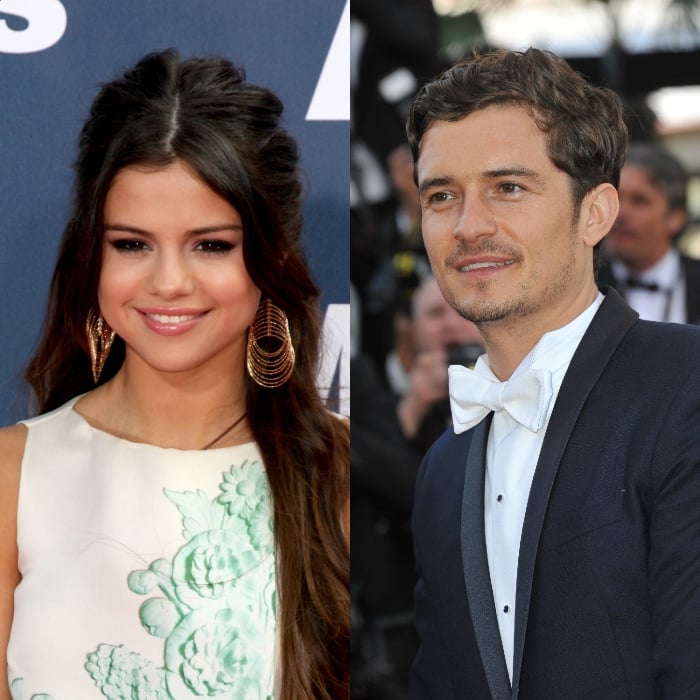 Selena Gomez may still be trying to figure out her relationship with her on-again-off-again boyfriend Justin Bieber, but she’s now rumored to be secretly dating a new man, and he’s 16 years older.

Selena Gomez, 21, was recently spotted huddling closely with actor Orlando Bloom, 37, on a curbside after the duo watched Chelsea Handler’s comedy show in L.A. The supposed celebrity couple was obviously trying to keep a low profile, which only fueled the dating rumors further.

As soon as they saw photographers snapping pictures of them together, Orlando Bloom quickly took off. Selena Gomez covered her face and walked off in the opposite direction. According to celebrity tabloids, they wouldn’t have moved that quickly unless they had something to hide and didn’t want to be caught.

It gets even more interesting for this rumored celebrity couple. Back in 2012, Selena Gomez’s ex, Justin Bieber, and Orlando Bloom’s ex-wife, model Miranda Kerr, sparked dating rumors of their own when they were reportedly caught flirting at a party after the Victoria’s Secret show.

“Orlando heard that there had been some flirting going on and he wasn’t exactly thrilled about it,” an insider told Daily Mail shortly after Bloom and Kerr announced their separation. And her “Bieber fever” allegedly played a part in their marriage troubles.

Reps for Selena Gomez and Orlando Bloom have not yet commented on these latest dating rumors, but if they are, in fact, true, that’s quite the revenge.

What do you think: Do Orlando Bloom and Selena Gomez make a good couple?