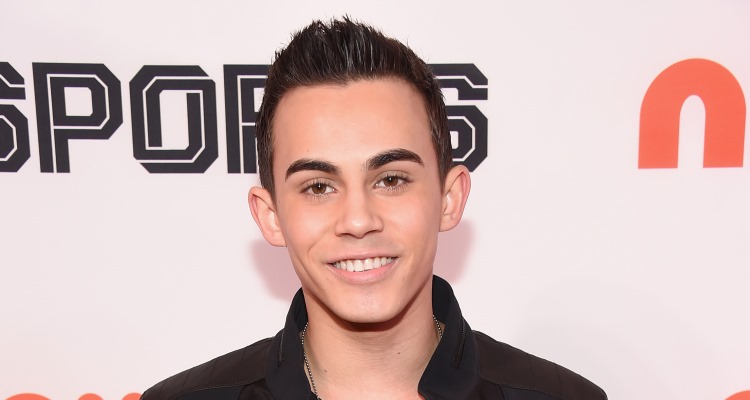 Is American Vandal a real Netflix show? It sure is! The streaming giant is never one to disappoint when it comes to its exclusive shows and it doesn’t plan to start now. While many may not have heard of the upcoming true-crime satire series, some are still wondering about American Vandal‘s Netflix release date. We’ve got the details you need!

When Does American Vandal Come Out?

American Vandal‘s release date is Frida, September 15 and it’s brought to you by co-creators Tony Yacenda, Dan Perrault and show runner, Dan Lagana. It’s a half-hour mockumentary that consists of eight episodes. Like all Netflix shows, the comedy series will be available at midnight on the West Coast and will be available at 3:00 a.m. on the East Coast.

While many may be quick to think that the show is an actual drama series, it’s actually a mockumentary series about a high school kid (Tatro) who gets expelled for drawing penises all over town. But one of the classmates— an amateur filmmaker named Spencer (Maldonado)— sets to prove his innocence, causing a series of hilarious events. At one point in the trailer, a student (the accused) says: “I never forget the ball hairs.”

“Consider for a moment the type of person who would spray-paint … in a staff parking lot,” said the narrator, according to the L.A. Times. “What do they look like? Who do they hang out with? Where do they sit in the cafeteria? What kind of grades do they get?”

American Vandal reflects on the issues behind the justice system and the current political climate in a way that may or may not be lost on the viewer. It’s also a play on the recent culture of binging crime content on Netflix and how we just can’t get enough of it. Whenever Netflix has a new show, viewers are instantly hooked and ready to call in sick if need be. It’s the power of good TV and it gets delivered right to your door! American Vandal has a TV-MA rating, which also means viewers will likely be seeing countless drawings of penises throughout the show. (It’s what prepubescent boys vandalizing apparently draw best!) What one of the best parts of Netflix programming is that they never have to hold back or compromise their content for fear of minors. What’s next? Probably a bunch of memes dedicated to the soon-to-be-released series, and we’re guessing those might be a little x-rated, as well. Thank goodness for that “Kids” feature on Netflix, as shows like this are not suitable for young ones! While the summer box office suffered a recent decline in profits, the opposite happened to the mega streaming service as it continued to make profits and positive reviews. Now, it seems they are releasing more content than ever, and fans aren’t complaining!

Check out the trailer below and don’t forget to stream all eight episodes of American Vandal on September 15!