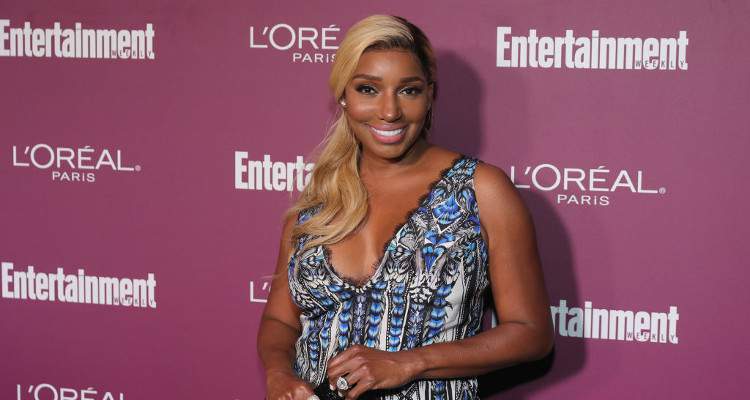 NeNe Leakes was born into a low-income family, and never forgot what it was like, so she dedicated her life to working. And over the years, she built up several successful businesses and became a celebrity by acting in theater and appearing on TV shows. She is a straight-talker who speaks her mind, so it’s not uncommon to see her fighting on The Real Housewives of Atlanta. With tons of business smarts and loads of creativity, Leakes is all set to conquer new heights. Know all about NeNe Leakes’ net worth right here.

Things are really heating up on the current season of Bravo’s The Real Housewives of Atlanta (RHOA). NeNe Leakes picked a fight with ex-RHOA cast member, Kim Zolciak-Biermann, and her 20-year-old daughter, Brielle Biermann. And now, she is crossing swords with her new enemy, Porsha Williams. Leakes returned to the show after two years, but this has not mellowed her out one bit.

Nowadays, people are curious about the star and her financial situation. So, how rich is NeNe Leakes? Keep reading to find everything you need to know about NeNe Leakes and her net worth.

From Rags to Riches

Born on December 13, 1967, in Queens, New York City, NeNe Leakes’ age is 49. She was one of five children and was sent to live with an aunt in Athens, Georgia, because her mother could not take care of all her kids.

Leakes understood the value of money from a young age. She supported herself financially when she became an adult by working as an exotic dancer. Today, she is a television personality, presenter, actress, author, and fashion designer.who is best known for appearing in RHOA, and as Roz Washington on Glee.

Her career in entertainment began by acting in a small role as a stripper in the film, The Fighting Temptations. She got her big break in 2008 when she was chosen as a cast member for RHOA.

The series started slowly but picked up steam along the way. Although Leakes was a relative newcomer, she earned a few hundred thousand dollars in the its first season.

According to reports, Leakes was paid $750,000 per season between season 2 and season 5. By the sixth season in 2013, Leakes’ salary jumped to $1.0 million. She also made quite a bit of money from her minor recurring role in Glee.

In 2014, Leakes appeared on Dancing with the Stars, and came in seventh place. She received $125,000 for her participation and more money for every stage she successfully cleared.

NeNe Leakes’ other TV shows include The Apprentice, Lip Sync Battle, Real Husbands of Hollywood, and To Tell the Truth.  She also appeared in several theater productions over the years like Loving Him is Killing Me, Zumanity, Rodgers and Hammerstein’s Cinderella, and Chicago.

In 2013, she produced the TV special, I Dream of NeNe: The Wedding, which showcased her wedding to Gregg Leakes. She has her own television production company, NeNe Leakes Entertainment, which produces TV shows.

She is also a fashion designer, and debuted her line, NENE in the summer of 2014, which quickly sold out only days after its release. Her clothing line is still quite popular today.

In March 2016, she hit the road with her So Nasty, So Rude comedy tour, which sold out in most cities.

Thanks to all her business ventures, TV appearances, and shows, NeNe Leakes’ net worth is a healthy $14.0 million and growing.

A Home Fit for a Queen

I wasn't built to break

It’s no wonder that Leakes was able to purchase a fantastic house for herself in Atlanta. NeNe Leakes’ house is a classy, Mediterranean-style mansion that overlooks a golf course, and sits on a hilltop in a gated community.

Her 10,000 sq.ft. house features six bedrooms, six and a half bathrooms, a four-car garage, swimming pool, two kitchens, library, media room, and a wrap-around covered porch. She purchased the home for $2.1 million, and takes great pride in maintaining it to a high standard.

Leakes married her husband twice. When Gregg Leakes proposed to her the second time, she told him that she would only consider it if she signed a prenup. The details of NeNe Leakes’ divorce settlement is not known, but it wasn’t easy to walk down the aisle again with the same man:

“It’s just a difficult thing to talk about. In real life, it is about business. I have been divorced before with the same person, and I always tease Greg, because I know the way he fights in court. People look at prenups as a negative, and they really aren’t.”

Getting Ready for the Future

I've been through a lot of things in my life (THROUGH is the keyword) October is #DomesticViolence Awareness Month. 1 in 5 American women will become a victim. That's not including the millions of children that are exposed to domestic violence every year. We have a lot of work left to do. All women are phenomenal, and they deserve to live a life free of violence and fear. Thanks for choosing me as a Phenomenal Woman! #honored @phenomenal.ly

Leakes has two sons: Bryson and Brentt. She also has a granddaughter named Bri’Asia Bryant.

Growing up in a low-income family instilled deep ambition in her. Once she was an adult, she put her passion into her career and worked hard to earn as much as she could. With a successful marriage, a loving family, and tons of business smarts, NeNe Leakes is ready to face the future, and all that it brings with great confidence.