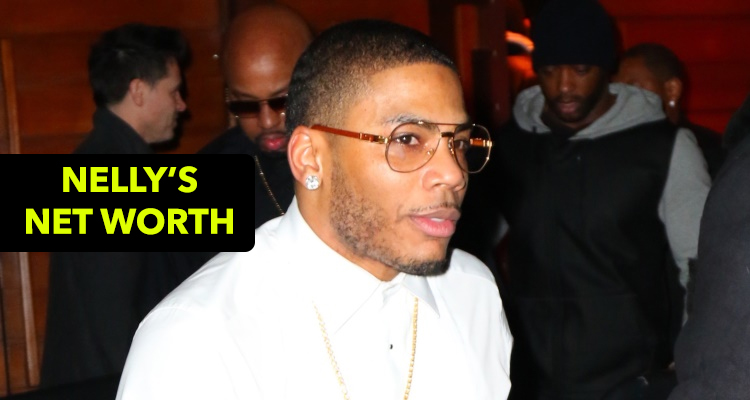 Nelly is making headlines, and fans want to know what happened to Nelly? The American rapper, songwriter, singer and entrepreneur, was hit with a dreadful $2 million in tax bills by the International Revenue Service (IRS). Ouch! To make matters worse he owes a lot of money in state tax, as well! Reports have claimed that Nelly is broke, so fans are streaming and purchasing his music, and promoting him with #SaveNelly! Nelly’s net worth has been dramatically affected by his dues, so here are some facts to know!

A writer named Brian Josephs wrote an article on Spin, detailing how much music streaming service Spotify would pay (per stream of a song) to Nelly, and even went as far as estimating how many streams it would take to make up the amount Nelly owes the IRS. A total of 287,176,547 streams would be necessary to save the rapper! Wow! To break it down, if 39,000,000 paid Spotify users played 104 minutes of Nelly in a day, he could actually afford to pay his taxes off.

On the other side, many people are annoyed at Nelly for not paying his taxes like a good American citizen, and are refusing to help.

What once stood at a gold-plated $60 million net worth, is now in the negatives. Most of Nelly’s wealth was attributed to his record contract with Universal Records, which led to his top 10 Billboard song, “Country Grammar” off his solo debut album. He sold over 20 million records, and kick-started his own clothing lines Vokal, and Apple Bottoms. He also gained revenue from his acting role in The Longest Yard (2005).

Nelly hasn’t had a good track record with the government. In 2015, fans were searching “Nelly arrested” to find out what happened with him in Tennessee. Authorities initially arrested him for possessing meth, marijuana and handguns in the bus Nelly was riding in on Saturday, December 12, 2015. They found no evidence of meth, however Nelly pleaded guilty to the marijuana possession charge.

Is Nelly in debt? It is widely suspected, especially considering he is unable to pay the IRS. In the end, fans are hoping Nelly can make it through his battle with taxes. If you’re a fan, be sure to #SaveNelly by streaming or purchasing his music. Remember, it’s because of Nelly that our high school dances were so awesome!