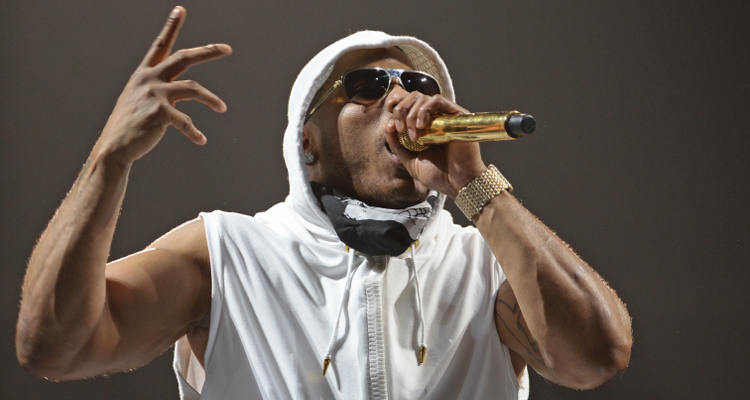 In the world of American Rap, sometimes where you come from matters just as much as what you have to say. Whether you are from the East Coast, the West Coast or the South, location can often define the music. By that definition, Nelly is an odd man out. That’s because Nelly comes from the Midwest School of Music, which is a far cry from any of rap’s traditional strongholds. Although he’s not in the news as much lately, there aren’t many people asking, “Who is Nelly?” Still, for those who don’t know about him, Nelly is an American rapper, singer, songwriter, actor, investor and entrepreneur, who has set the world of rap on fire with his unique brand of music. Even if he hasn’t released any new material in the last few years, there is undoubtedly a few classic Nelly hits like “Hot in Herre” that would have had you tearing up the dance floor at some point or another!

So, what is Nelly’s net worth? It is $60.0 million and rising as his hit records continue to sell.

If you are curious about this rapper’s unique background, we’ll tell you all about him! His real name is Cornell Iral Haynes,Jr., though he uses the stage name ‘Nelly’. His parents divorced when Nelly was just seven years old. He stayed with his mother and moved to University City, Missouri when he was still a teenager. Music was his passion from a young age, which is why he formed his own music group called the St. Lunatics when he was still in high school. Nelly’s talent shone through and soon he was signed to the Universal Music label.

In 2000, Nelly released his debut solo album, Country Grammar which peaked at the number one position on the Billboard album charts. On the strength of hit singles like “Country Grammar”, “E.I.”, “Ride Wit Me”, and “Batter Up”, the album sold more than 9 million copies. It is still Nelly’s largest selling album of his career to date. His subsequent releases continued his success streak. His second album Nellyville had his best known single to date called “Dilemma,” which featured Kelly Rowland. Other singles like “Hot In Herre”, “Work It”, “Air Force Ones” and “Pimp Juice” propelled the album to sales in excess of 6.5 million copies. Nelly won a Grammy for best Rap Male Solo Performance for his single “Hot In Herre.”

#ManyPeopleAreSaying that Nelly actually had a cut on his face all those years. Not me but many ppl are saying it???? pic.twitter.com/f3d9asiVb4

In 2004, Nelly released two albums simultaneously. One was Sweat, an R&B oriented album and the other was Suit, which was a rap album. Both did well, especially the slow ballad “Over And Over”, a duet with country singer Tim McGraw. His next album, Brass Knuckles had a clutch of hit singles again namely “Party People”, “Stepped On My J’z” and “Body On Me.” His next two albums 5.0 and M.O. also did extremely well, turning Nelly into one of the biggest rap stars in the world. So, how rich is Nelly? Rich enough to own his own energy drink brand called ‘Pimp Juice’ and two clothing lines, ‘Vokal’ for men and ‘Apple Bottoms’ for women.

A Shot at Acting

Nelly is also an actor. He has appeared in a few films and in TV series, as well. He has had roles in movies such as, The Longest Yard, Reach Me and A Fall From Grace. On TV, he mostly plays himself in any series he was featured in, you know, being the big star that he is! His TV credits include CSI:NY, 90210, The Next: Fame Is At Your Footstep and the Real Husbands of Hollywood. He also stars in his own reality TV show Nellyville.

Caring For The Needy

Nelly isn’t just all about the ‘green’ and after he lost his sister to ‘Leukemia,’  it affected him very deeply. He started his own non-profit organization called the 4Sho4Kids Foundation, that educates African-Americans and other minorities about the need for bone marrow transplants and donors. Nelly has also worked with organizations to help resolve the hunger problems in America. He has inspired kids to collect food to feed the hungry.

However, it’s his songs and music that have made Nelly such a loved artist. His rapping style is a little bit southern country infused as well, and combines his urban roots to reflect his Midwest influences. He has a Southern drawl as well as a Midwestern twang that makes his music so unique and exciting. His songs have unforgettable hooks and catchy lines that make the record counters jingle! Right now, Nelly is working on his next studio album which will be eagerly awaited by his fans.

Nelly also endorses several high profile brands like Reebok, Got Milk and Ford Motor Company. Very few people know that Nelly is a very good poker player and has taken part in several big tournaments. Despite all this good work, Nelly is a kind of bad boy, as well. In April 2015, Nelly was arrested for the illegal possession of firearms and drugs. Though he was let off on bail the next day, the damage was done. Now, Nelly has to prove that he has not gone over to the dark side by doing what he does best; make damn good music! And at age 42, he’s got time is on his side!