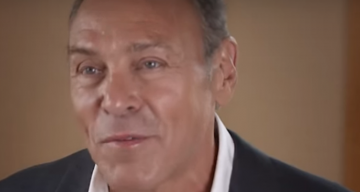 When it comes to lavish engagement rings, a lot of celebrities only go to one place. From making it big thanks to The Bachelor franchise, or box office hits, Neil Lane’s engagement rings are in high demand for celebrities. If you want to know more about the celebrity jeweler, take a look at our Neil Lane wiki.

Does the name Neil Lane ring a bell? Fans of The Bachelor franchise definitely know who he is! It is well known that the franchise’s lucky couples leave the show with Neil Lane’s engagement rings. However, keeping the rings are not as easy as you might think! If, within a couple years of their season finale airing, the couple breaks up, they have to return the ring. So all of those failed Bachelor romances ended in heartbreak, and the loss of a gorgeous Neil Lane ring.

Lane is known for being a luxury jeweler, and his partnership with ABC for The Bachelor franchise has only made him more famous. Why are his rings in such high demand? How much does a Neil Lane engagement ring cost? Keep reading, because we have the answers to all of your questions!

The newest person to wear a Neil Lane engagement ring is season 13’s Bachelorette, Rachel Lindsay. Bryan Abasolo was the lucky man who got to present her with the ring which is undoubtedly gorgeous. Sources have revealed that “Rachel’s ring is a huge pear shaped diamond with a halo of diamonds around it. It’s over three karats. The ring itself is platinum. It’s huge, gorgeous and sparkles. It’s a big stone. It’s very, very big.” Abasolo picked it out for her and Lindsay absolutely loves it.

Lane has designed the rings for The Bachelorette and The Bachelor for over 15 seasons and this one was no different. To know a little more about the celebrity jeweler, keep reading our Neil Lane wiki.

Lane grew up in Brooklyn, and at a very young age was interested in jewelry and art. Having a love for nature, color, and design, he moved to Paris after graduating from college. While there, he found a new passion in vintage items, leading him to start what is now his renowned period jewelry collection. Though his birthday is unknown, Neil Lane’s age is 60. Not much is known about his personal life, so details about Neil Lane’s girlfriend and love life are also a mystery.

Lane later moved to Los Angeles and thanks to his hard work and determination, became a well-known jewelry designer and collector. He started his career by developing and producing pieces that appealed to the younger generation.

Besides designing jewelry for the stars, Lane also earned fame by partnering with different businesses, including DeBeers, and launched their Rodeo Drive store with his amazing Hollywood Diamond Collection. Lane revived the Asscher and Old European diamond cuts, and became an ambassador for the diamond industry, allowing him to meet government officials from South Africa and Botswana.

Happy Birthday to one of my favorite Gemini’s, @brookeshields . She is kind and gorgeous inside and out. Xx Neil Polaroids were the original selfie back in the day #neillane #brookeshields #happybirthday

The jeweler has become a renowned face in Hollywood because of his fabulous jewelry. Though Neil Lane’s net worth has not been officially calculated, he is recognized for his work in several publications such as Harper’s Bazaar, US Weekly, Vogue, Town & Country, People, and InStyle. He also made TV appearances on E! News, Access Hollywood, and Entertainment Tonight.

Neil Lane’s Rings on The Bachelor

Just hours away from finding out who @therachlindsay gives her final rose to in exchange for a one-of-kind Neil Lane ring! Follow us for exclusive photos of the ring tomorrow morning! Who do you think we will see propose to Rachel tonight? #teambryan #teampeter #teameric . . . #neillane #thebachelorette #bachelorettefinale #thebachelor #bachelormonday #bachelornation #rachellindsay #diamondring #engagement #proposal #ringsofinstagram #thebachelorettefinale

Other than being the jeweler for the stars, Neil Lane is known for designing the stunning engagement rings we see on The Bachelor franchise. During an interview, Lane said, “I make these rings with love and compassion, and really hoping that these people stay together. And, what happens afterwards? I don’t know. If they break up, the ring, it goes to ring heaven. There are a bunch of rings in ring heaven and God is watching them — and probably trying them on!”

His Advice on Choosing the Right Bling

Congratulations @adhirkalyan and @emily! Read below to find out how Adhir got the perfect Neil Lane ring #Repost #neillane #engagementring @martha_weddings ・・・ Adhir started looking at engagement rings back in September of 2014. After visiting several stores, he realized he would need to have a ring made to truly embody who Emily was. So he went to @neillanejewelry and worked on the custom creation—an oval-shaped diamond set in an 18-karat rose gold ring accented with 106 round-cut diamonds on its three-sides. ????#marthaweddings ????: @brandonkiddphoto | ????: @loveandsplendor

Choosing the right ring for your partner can be cumbersome and stressful. To make it easier, Lane has a few tips to choosing the right ring. According to him, there are five steps to take: Get involved, track trends, take your time, make it personal, and have fun. With Neil Lane engagement ring costs anywhere from $1,000 to $15,000, the jeweler has a wide selection of rings for just about anyone!