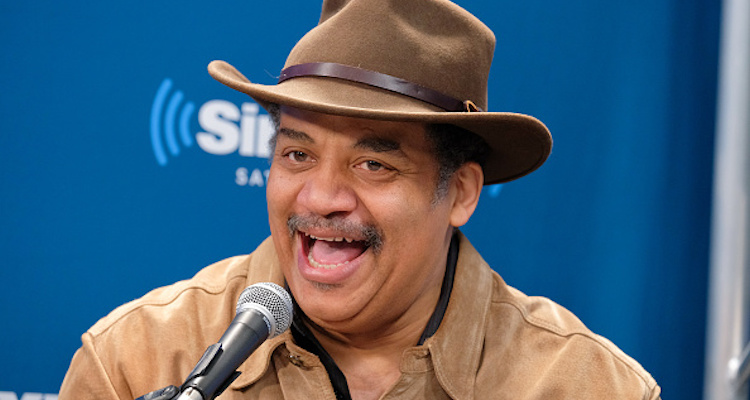 American astrophysicist Neil deGrasse Tyson went on Celebrity Family Feud and won $25,000 with his family, and it comes as no surprise as they all clearly share the genius gene. The episode isn’t set to air until next week, but it was so predictable that ABC already released the clip of their win. Want to learn more about the man behind Netflix’s The Inexplicable Universe and Cosmos? Then check out our Neil deGrasse Tyson wiki!

Neil deGrasse Tyson’s age is 58, and he was born and raised in New York City. He attended the Bronx High School of Science and went to earn his BA in Physics at Harvard, and then his PhD in Astrophysics from Columbia. Now, he is an author and science communicator dealing with topics like star formation, exploding stars, dwarf galaxies, and the structure of our Milky Way.

When he was nine years old, Tyson began to develop an interest in astronomy after a trip to the Hayden Planetarium at the American Museum of Natural History in New York. Little did he know that he would someday become its director. In 1994, he joined the planetarium as a staff scientist. His research involved issues relating to galactic structure and evolution. In 1995, he became the acting director, and one year later secured the position as director. For the next 10 years, he wrote monthly essays for Natural History magazine, and in 2000, he wrote an autobiography. Neil deGrasse Tyson’s books include Astrophysics for People in a Hurry, Welcome to the Universe: An Astrophysical Tour, StarTalk: The Book, Origins: Fourteen Billion Years of Cosmic Evolution, Just Visiting this Planet, and more. He produced 13 research publications, and has made numerous major media appearances. Neil deGrasse Tyson’s net worth is an estimated $2.0 million.

Neil deGrasse Tyson’s wife is Alice Young, whom he wed in 1988. They live in Lower Manhattan with their two children. The couple met while Tyson was in a physics class at the University of Texas at Austin. She is a former IT Manager with Bloomberg Financial Markets. Alice and Neil deGrasse Tyson’s kids are Miranda, and Travis. Miranda was named after the smallest of Uranus’ five major moons.

Known for his achievements as a scientist, Neil deGrasse Tyson’s quotes have become widely known among academics and fans of all things space and exploration. Here are some of his most famous quotes.

Check out the video below to watch Neil deGrasse Tyson’s family answer some fun questions on Celebrity Family Feud!