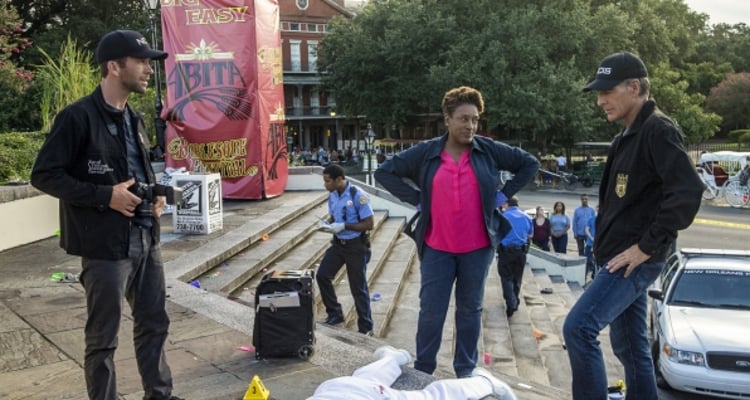 Everybody’s favorite TV drama NCIS: New Orleans’ new season is all set to premiere soon. If you are wondering when does NCIS: New Orleans season 4 starts, then keep reading for more details about the show.

Season 4 of NCIS: New Orleans has 22 episodes. The rumored titles of the first four episodes of this season have already been given. They are “Rogue Nation,” “The Asset,” “Dead Man Calling,” and “#1 Fan.”

When Is “NCIS: New Orleans” on?

Faithful fans of the show who have been following the series since day one will be happy to know that NCIS: New Orleans in 2017 will premiere on Tuesday, September 26, 2017. Finally, the wait is over, and we will be able to watch our favorite characters solve criminal cases again.

If you are wondering about the NCIS: New Orleans time and channel, season 4 will premiere on CBS at 10:00 p.m. EST. The show will air right after the season premieres of NCIS and Bull.

Allegedly, it has been stated that this season’s plot will be different when compared to previous seasons. As per sources, there won’t be a comprehensive crime story this season. Instead, the focus will be more on the team’s psyches and backstories. The inter-team dynamics is crucial, given that Dwayne Cassius Pride (Scott Bakula) went to great lengths to ensure Mayor Hamilton (Steven Weber) was behind bars.

Also, another spoiler for viewers is that Christopher LaSalle (Lucas Black) and Sonja Percy (Shalita Grant) will again discuss their conflicted feelings for each other and will try to find ways to work them out. Hopefully, we will see them turning their friendship into a relationship.

Also, another thing that has been said about this season is that all the characters of the show will go to Margaritaville. Reportedly, Jimmy Buffett will perform in the season premiere of NCIS: New Orleans.

Showrunner Brad Kern said, “It’s New Orleans, baby! You can’t represent the city properly unless you celebrate music.” He continued, “On top of that, it separates us from the pack and makes our show a little more unique.”

Now that you are aware of the date and show time of NCIS: New Orleans season 4, make sure you do not miss out on the premiere tonight.

Are you excited for the latest episode of NCIS: New Orleans? Let us know your opinion in the comments section below.