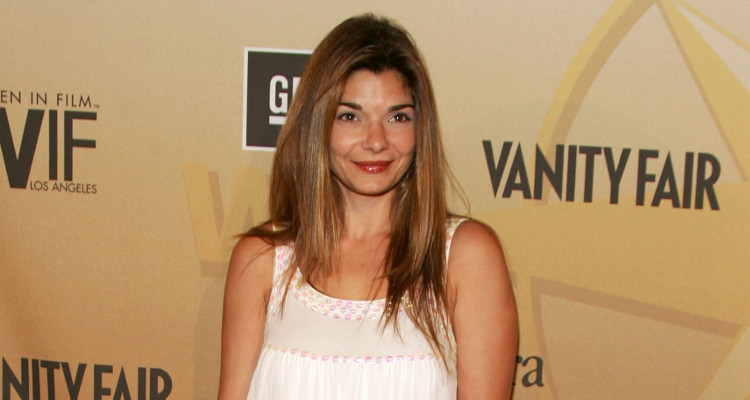 Laura San Giacomo is back on NCIS season 15 to help Leroy Gibbs and Timothy McGee. If you haven’t watched the latest episode of NCIS, you need to rectify that situation immediately because this piece contains spoilers.

You might remember Laura San Giacomo as Kit De Luca, Julia Roberts’ BFF from Pretty Woman or the hot-tempered journalist, Maya Gallo from the NBC sitcom Just Shoot Me. She was last seen assisting the special NCIS agents in season 14. Now that the show has returned with season 15, Laura San Giacomo rejoined the NCIS cast as the resident psychiatrist. What does Dr. Grace Confalone’s return mean for Gibbs’ team? We’ve got the scoop right here.

Dr. Confalone to the Rescue

Last season, Gibbs (Mark Harmon) and McGee (Sean Murray) were captured by a revolutionary group in Paraguay. Season 15 premiered with Ellie Bishop (Emily Wickersham) taking over the team’s leadership after they were forbidden to search for the missing agents.

As if they’d obey! Our favorite team of special agents covertly searched for their missing friends while we see haggard-looking McGee and Gibbs tortured in captivity. The two manage to escape and are rescued by the NCIS. The season premiere closed on an emotional note with the agents returning home.

The welcome party was over in last night’s episode and it’s time to get to work. But first, Gibbs and McGee have to get a psych evaluation. Enter Dr. Grace Confalone played by Laura San Giacomo. The last time we saw Dr. Confalone, she was Dr. Cyril Taft’s (John Cryer) colleague and confidant in season 14. This time, Gibbs and McGee have to get her okay to go back to work.

But it’s not that easy. Confalone reluctantly lets them work on a case but it doesn’t go so well. Despite telling them to take it easy for their first case since returning, the boys don’t pay heed. Gibbs is having trouble resuming leadership and Bishop has to remain in charge for now. And there’s McGee who’s putting on a tough facade that only Gibbs picked up on.

Before they can work, Gibbs & McGee must pass a psych evaluation. Catch #NCIS tonight on CBS & CBS All Access: https://t.co/Ytx9v9FOmA pic.twitter.com/DVJ9Ucl5oP

The team solves the case and it was back to Dr. Confalone. McGee was trying to avoid going to therapy but Gibbs pushed him into doing it. Ultimately,McGee simply shares his ordeal with the psychiatrist and feels better already. He spent two months staring at death in confinement and since he came back, he has been waiting for the other shoe to drop. Confalone tells him that worry is a bully that consumes everything. But he has survived it and can now handle anything life throws at him.

Also Read: What Happened to Jennifer Esposito on “NCIS?” Is She Coming Back to “NCIS?”

Confalone’s advice resonates for Gibbs who is seen joking and laughing with the others but his hands are trembling. He acknowledges that he still needs Dr. Confalone’s help and sees her on his own time.

Gibbs admits to McGee that continued therapy is what they need right now. We don’t know what else to expect from Laura San Giacomo’s role in season 15, though she has signed on with the NCIS cast as a recurring character. But seeing as Gibbs will continue to seek Dr. Confalone’s help, we’re sure this isn’t the last we’re seeing of the NCIS psychiatrist.

Just when you thought you’d seen everything. #NCIS pic.twitter.com/OwiI2l7A1n