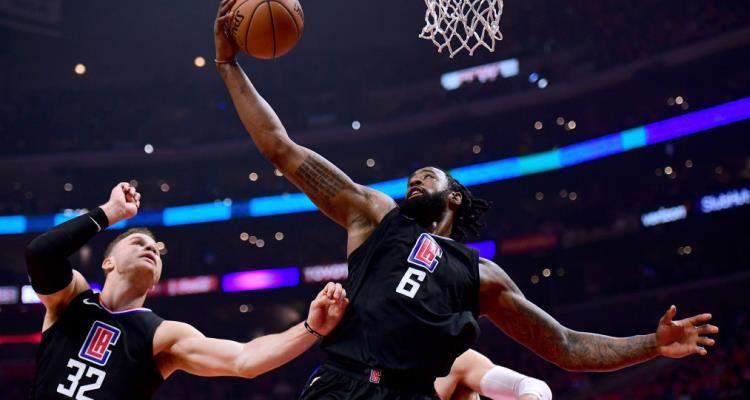 With two months remaining until the NBA postseason, teams are strengthening their squads to ensure that they have the possibility of winning the Larry O’Brien Trophy, come June. In order to reach this goal, many teams are looking to make a deal before the NBA trade deadline is over, which is Thursday, February 8, 2018 at 3 p.m. EST. What are some of these NBA trade rumors going around? We’ve got the scoop on that and more!

The first shocking trade was completed on January 29, 2018, when Blake Griffin was traded to the Detroit Pistons. The more bizarre move by the Los Angeles Clippers organization was that they didn’t inform their all-star player of the trade! Griffin found out on social Twitter! This move shocked the NBA community and there is the possibility of seeing more shocking moves like this before the NBA trade deadline. Below are five possible trades that could be occurring within the league. Check out the NBA rumors regarding the trades that could be made!

One year has seen a lot of changes in the Los Angeles Clippers organization, with Chris Paul heading to the Houston Rockets and Blake Griffin being traded to the Pistons. The next move by the Clippers could send DeAndre Jordan packing his bags!

One possibility that could be seen is Jordan gets traded to the Cleveland Cavaliers for Tristan Thompson, wrapped up with a draft pick or two. Jordan is putting up career high numbers, averaging more than 10 points and collecting more than 14 boards per game! This would give LeBron James another weapon inside the paint and put less pressure on his shoulders.

On the other end of the trade, Los Angeles would be perfect for Thompson, who has a baby due in April with Khloe Kardashian! Not only would the location be close to Khloe and her family, but the timing of the birth is scheduled right around the end of the NBA regular season! (It’s highly unlikely that the Clippers make the playoffs, which will give a ton of free time to Thompson to spend with Khloe and their newborn.)

Lou Williams has been caught up in a ton of NBA trade rumors, with the possibility of being moved to the Los Angeles Lakers, Cleveland Cavaliers, Toronto Raptors, Philadelphia 76ers, and the Boston Celtics. But the team that may come out on top of winning the ‘Williams sweepstakes’ is the Philadelphia 76ers (the team that drafted Williams in 2005).

3. Tyreke Evans: One Trade That Should Happen

Tyreke Evans has not played for the Memphis Grizzlies since February 1, 2018, while the team looks at potential trades for the guard. Teams looking to secure their playoff position or making a run for a spot may look to add Evans.

The Grizzlies have gained interest from the Miami Heat, Boston Celtics, Denver Nuggets, and the Philadelphia 76ers. Adding Evans to a team roaster will add another weapon within the team, whether it is at the start of the game or towards the end. In the games that he has suited up for, he has scored an average of 19.5 points, earned five rebounds, and dished out five assists per game.

This trade would be solely based on the best offer that is given to the Grizzlies and what could benefit their future the most. The best fit for Evans from the teams mentioned above is Miami, based purely on their style of play.

Gortat was a key piece for the Washington Wizards for years, in the regular and post season. Now, he may seem frustrated with the organization and more practically with superstar, John Wall. After the Wizards beat the Toronto Raptors, Gortat took to Twitter and wrote, “Unbelievable win tonight ! Great “team” Victory!” This was clearly a cryptic form of congratulating the team without Wall in the line-up.

Before the NBA trade deadline ends, Gortat could be wearing a Clippers or Utah Jazz jersey based on the recent rumors!

Ever since Michael Jordan acquired the Charlotte Bobcats in 2010 (now named the Charlotte Hornets), there has been one superstar known to the team; Kemba Walker. Jordan himself is okay with trading the superstar in order to build a stronger team for the future.

He could get traded to the Cleveland Cavaliers. And, this would only create more depth and another scorer on the roaster for the Cavs. For this deal to close, the Cavs may trade J.R. Smith and a future draft pick!