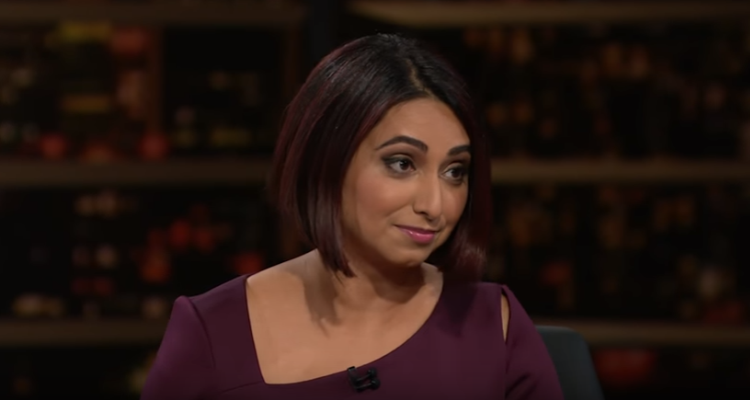 Is Nayyera Haq pregnant? That’s what some are wondering because of a first-person article she wrote several years ago has resurfaced. Our Nayyera Haq wiki will tell you all about her article, plus some interesting facts about Nayyera Haq’s nationality, family, and social media presence.

Policy commentator and talk radio host on SiriusXM, Nayyera Haq (age unreported) was formerly the White House senior director and former state department senior advisor commentator. According to her professional profile, she is also the CEO of Avicenna Strategy, and helps “non-profits and foundations build connections across cultures.” Nayyera Haq’s husband works as a veterinarian, and the two are proud parents to a baby boy! She speaks four languages: English, Hindi, Spanish, and Urdu.

She grew up on Staten Island as the daughter of two Pakistani immigrants. Her parents worked as a public school teacher and physician, and she was raised to value public service. One of the biggest questions she seeks answers for is why the American Dream worked for her, while so many others still struggle to make their way. As for her educational background, she received her Masters at the Georgetown University Law Center, and studied history at the University of Michigan.

Birth of Her Son

In February, Haq wrote an article called “Birthing My Half-Black, Half-Pakistani, Full-Muslim Son in the Era of Trump,” and published it on The Root. Clearly, it received quite the amount of attention! A segment reads:

“On election night, as Trump droned on, I talked about implications of his presidency between contractions. White nationalists would have a public voice again. (Nnnnghhh.) As a Muslim American with a national-security clearance, I was certain to be on a list for monitoring. (Groooaaan.) I was already getting hate mail before Trump won; would continuing to speak out also expose my family to the crazies? (AAAAARGH!) Which part of my family would be attacked by this administration first: the African American, the Pakistani American, the Muslim or all three?” (Some hard-hitting questions to say the least!)

The predicament has since inspired her to continue on her mission “to make sure this country is on the right path” and do anything and everything she can for her little multicultural son. Nayyeera Haq’s Instagram is full of photographs of her and her family. Check out the picture below to see her beautiful baby boy!