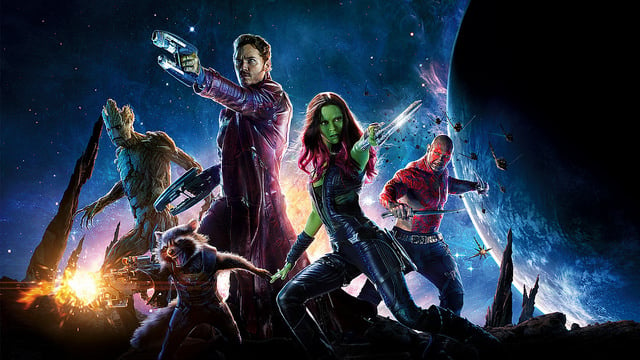 Nathan Fillion’s cameo as Wonder Man in Guardians of the Galaxy Vol. 2 is just another reason to go and see the sequel in 2017. The Castle actor will star as Wonder Man, who in the Marvel Cinematic Universe (MCU) is also known as Simon Williams, a former member of the Masters of Evil who then reformed and joined the Avengers. Williams later retired to become an actor, but then rejoined the Avengers as an active member, despite being more of a pacifist.

Photos recently surfaced online with Fillion’s face in a series of posters promoting various movies—none of which are real in our world. The posters could possibly just be Easter eggs, so fans shouldn’t expect there to be a major battle scene with Fillion. The Firefly actor could just be doing a-blink-and-you-miss-it cameo, much like Rogue in X-Men: Days of Future Past. The good news is that fans are getting a sample of Wonder Man at all, and hopefully we get to see more of him in the future—maybe a scene in Infinity War—if we’re lucky.

There’s no doubt that Fillion would want to be part of the MCU since he’s built his career on sci-fi shows and fantasy projects. And let’s be honest, he’s just a big kid at heart—just look at his portrayal of Richard Castle or of Malcolm Reynolds in the short-lived cult series Firefly!

Guardians of the Galaxy Vol. 2 will be in theaters May 5, 2017. Do you think Fillion will make a good Wonder Man?