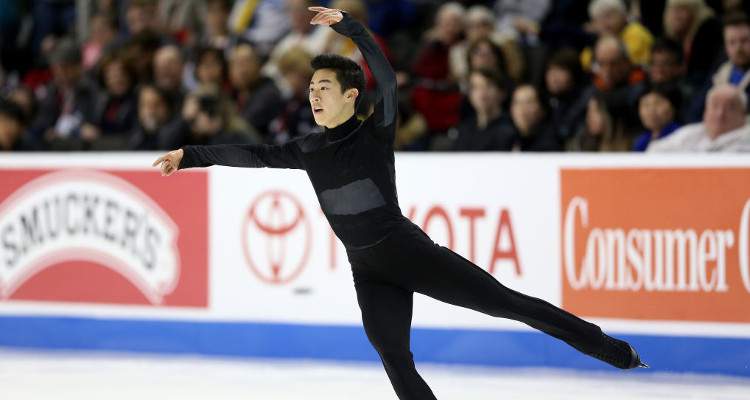 The fact that Nathan Chen is one of Team USA’s rising stars cannot be questioned. His popularity may have taken a small tumble after his performance onThursday night, but his fans are still hopeful that he will bring home gold.

The young figure skater was all over the news leading up to the Winter Olympics, and some fans may have even spotted him on a Kellogg’s cereal box!

After his Winter Olympics appearance, many want to know more about Nathan Chen’s family and nationality. We have everything you need to know right here!

Where Is Nathan Chen From?

Born and raised in Salt Lake City, Utah, Chen has Chinese heritage. His parents immigrated to America in 1988, 11 years before their son was born.

A few years ago, the family moved from Salt Lake City to California to give Chen the chance to train and pursue figure skating. He is the youngest in his family with four older siblings: Alice, Janice, Tony, and Colin.

For Chen, his background is a big driving force. He believes both his Chinese heritage and American nationality helped him learn and grow.

“There are a lot of cultural differences between Americans and Chinese, and I think that having both aspects be part of my life has helped me in a lot of ways, from an academic standpoint to an athletics standpoint.”

Along with fellow figure skater Karen Chen, and more, Nathen Chen is raising the profile of Asian-American figure skaters in America.

Again, he credits his parents for helping him keep up with the sport, “I think my parents felt us being a minority a little bit more than I did, and they tried to shelter me from that, so I didn’t feel it at all.”

He added, “On the ice as a kid, I was the only male skater in a group of 50 girls. That was maybe the only thing I was self-conscious about. (But) as I got older, there were more and more Asian kids at competitions that I was going to– that felt cool to me.”

Who Are Nathan Chen’s Parents?

Nathan Chen’s family is close-knit, and he has always been vocal about his parents’ sacrifice and influence in his life.

“They came to the U.S. with not much, and it’s really inspirational to see how far they’ve come and how hard they worked for us. To be able to raise that many kids, and my dad was going to school at the time, just to listen to some of the stuff they’ve been through really motivates me,” he said.

Chen’s parents made sure he pursued his education while figure skating, and plans to go to medical school. Wang said, “An athlete can only stay in a career for a very short time. Education can last a lifetime.”

His Mother Is His Biggest Supporter

Chen also credited his mother for his interest in skating. His first experience with the sport was when he was only three years old, and Chen’s mother remembers how much he loved it.

“He didn’t want to leave,” Wang said, “He just stood there and cried and cried.”

Fans are hoping that Nathan Chen bounces back from his opening routine, and delivers a stunning performance as only he can!