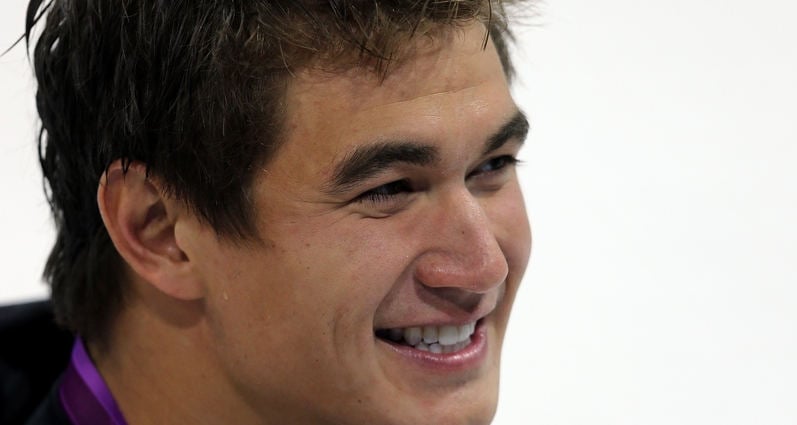 Here are four facts about Nathan Adrian’s parents and siblings:

Happy Mother’s Day and retirement to the greatest! #supermom

#4 Adrian’s Mother is a Strong Force in His Life

Nathan’s mother, Cecelia Adrian, is Chinese and was born and raised in Hong Kong. She was a nurse for the Bremerton School District, and recently retired from her profession. Nathan has been outspoken about the positive influence his mother had on him growing up. He stated that, “The backseat my mom took was really important for me. All through high school and college, she never took it upon herself to motivate me. She knew that was my coaches’ job and knew ultimately that motivation had to come from me internally. Her not putting too much pressure on me to perform or any of that has been nice.”

Fans must be wondering what Cecelia’s advice is to other moms. Well, for one thing, it’s to leave all the coaching to the actual coach! She revealed that “When he (Adrian) was in 7th grade, he wanted to leave our local swim team and join the Tacoma Swim Team which is 40 miles away. We made that trip to Tacoma for 6 years, snow or shine and never looked back. Share the ups and downs with your child on the emotional level. Swimming is only a phase in their life; it will come to an end eventually– use this as a learning tool in life.” Wise words from a wise woman indeed!

Happy Father’s Day to the best dad around! Excited to actually see everyone next week at #swimtrials16

#3 His Father is His Hero and Role Model

Adrian’s father James was a nuclear engineer for the Puget Sound Naval Shipyard and is retired now, like Adrian’s mother. Adrian has been very vocal about all the love and support he has received from all the members of his family.

His mother Cecelia claimed that she and her husband believed in a democratic style of parenting, wherein they gave Nathan plenty of freedom to make his own decisions, but were strict about his grades being up to the mark. In an interview with People magazine, Nathan gushed, “My family has been incredible. At the end of the day, I know my family loves me and supports me in whatever I do.”

#2 His Entire Family is Supportive

Adrian studied at the prestigious University of California at Berkeley, where he majored in public health. He had to make the tough call of taking some time off from college to focus his efforts on training and competing in the Olympics. His family was incredibly supportive and helped him relocate to the Florida Keys to continue his training. All of his family members even attended the 2012 London Olympics, and enthusiastically cheered him on, watching proudly as he won his first ever gold medal.

Got to FaceTime my nephews this morning! Max told me all about his new teachers, classroom and playground while Carter said hi a lot and my sister tried to get him to say I love you. #sundayfunday #familyiseverything

#1 Swimming Runs in the Family

Both siblings of the Washington native were also swimmers. Nathan’s older sister Donatella swam for Arizona State University, while his older brother Justin swam for the University of Washington. It certainly looks like athleticism runs in the family!

Here are some Hottest pics of Russian swimmer Yulia Efimova!