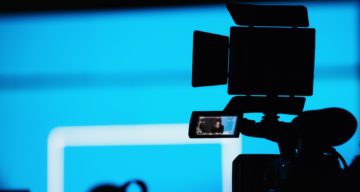 El Paso residents bid farewell to one of their favorite sportscasters this month. Nate Ryan has not only been covering Texas sports, but he’s also turned the spotlight on El Paso teams in his three years at KVIA. So locals were saddened when Nate Ryan announced he is leaving KVIA to pursue the next step of his career. The questions soon followed, and his followers want to know where Nate Ryan is going next. Find out what this sports reporter said here.

Chicago native Nate Ryan graduated from St. Ignatius College Preparatory and later attended DePauw University. He received his degree in communication with a minor in Spanish in 2017.

The former tennis player got his first experience in media at Univision Communications as a news content intern. After graduating, his first job was at ESPN in Bristol, Connecticut, where he was a production assistant.

In 2019, Ryan got his first on-air job in El Paso, Texas. He covered local sports as an anchor and reporter on KVIA ABC-7.

Some news. This is my last week at KVIA ABC-7. I’ve accepted a new job that I’ll announce soon, but right now my mind is on El Paso, TX.

I love this city. I knew no one when I arrived 3 years ago, and I leave with friends who became family. We’ve endured tragedy & triumph. (1/2) pic.twitter.com/YoasRrIY9i

After three years, Ryan is now ready to make the next move in his career. Unfortunately for El Paso residents, that step will take him away from their city.

On his official Twitter page, Nate Ryan announced that it was his last week at KVIA. His last day on air was on Sunday, June 5.

Ryan stated he had accepted a new job, but not in El Paso. He has yet to reveal where his next job is and where he’s moving to. So, keep an eye out on his social media for more updates.

This is not the only change at ABC-7. Mauricio Casillas also wrapped his last day at KVIA to join NBC4 in Washington.