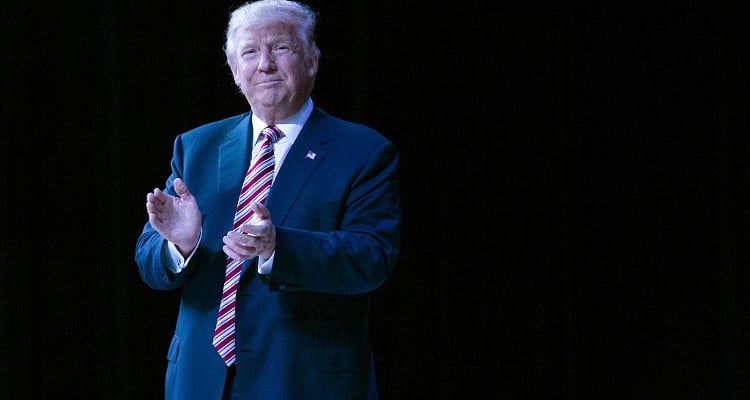 The Presidential elections are inching closer; just one more month to go and U.S.A. will elect their next President. Everybody knows Hillary Clinton and Donald Trump are in the running for becoming the next President of the U.S.A, but secrets and lies seems to be plaguing both candidates at this point.

It looks like Donald will be haunted by the ghosts of his past deeds. In many interviews, he has claimed that he has never kissed a girl without her consent, however, many women have now come forward to disclose their story of how Donald Trump actually sexually assaulted them. Natasha Stoynoff, a writer for People magazine, recently opened up about how Trump forcefully kissed her in his own house, with his pregnant wife just upstairs at the time.

If you don’t know who Natasha Stoynoff is, then we suggest you take a look at Natasha Stoynoff’s wiki. The Natasha Stoynoff/Donald Trump accusation is the hot topic currently, especially with more and more women coming forward with allegations against Trump. One one hand Donald claims that he treats women with respect and things which happen between them are always consensual. However, many women are coming forward and proving him wrong with their stories.

Now that you know about Donald Trump’s sexual assault accusations, let us get to know a little more about Natasha Stoynoff.

Her Career with “People” Magazine

If you take a look at Natasha’s author profile page on Hay House’s Website, then you can see that she has worked with People magazine for over two decades! She has worked with quite a number of celebrities for the purpose of the magazine. In the year 2005, she was assigned to cover an article on Donald Trump.

The same year, Donald’s show The Apprentice was on the air. Natasha claims that she had a cordial relationship with both Trump and his wife, Melania, as she was the correspondent would was often sent by People to cover all things Trump related. She even attended their wedding, however, years later, she would find herself as the victim of sexual assault, while conducting an interview with Donald Trump at his home.

If you haven’t yet heard the leaked Access Hollywood tape, Trump can be heard boasting about sexually assaulting women. The audio tape clearly proves Trump saying to Billy Bush: “You know I’m automatically attracted to beautiful [women] — I just start kissing them,” Trump says on the tape. “It’s like a magnet. Just kiss. I don’t even wait. And when you’re a star, they let you do it. You can do anything. Grab them by the p*ssy, you can do anything.”

According to sources, this tape was recorded the same year when Natasha was assaulted.

Natasha was Sexually Assaulted by Trump in 2005

According to Natasha’s statement, she traveled to Trump’s Mar-a-Lago estate to interview him and his wife, Melania. Initially, he was very friendly and courteous, but while giving Natasha a tour of his estate, he lured her into one of his room, closed the door behind them, and tried to forcefully kiss her, while pinning her up against a wall.

Natasha claims that she tried to push him away and Trump finally let her go when his butler suddenly entered the room. She admits that she felt violated and scared due to the power he held.

Natasha is a New York Times Best Selling author, with six books to her credit. Before she started working for People, she worked with the Toronto Star as a news reporter. Additionally, she was also a freelancer for Time magazine.

Natasha claims that she came forward and shared her story, due to the Presidential election and the fact that many other women are being courageous enough to come forward. Donald Trump has since denied all of these allegations.