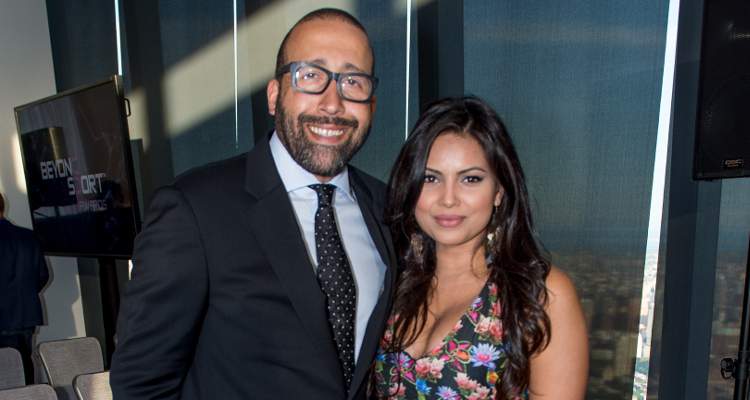 The struggling Memphis Grizzlies fired the head coach, David Fizdale yesterday (November 27) shocking the NBA community. He exceeded expectations in his first season, but the Grizzlies have been grappling with injuries and a losing streak prompting the top brass to fire Fizdale halfway into his second season.

The Memphis Grizzlies bid farewell to head coach David Fizdale after almost two seasons. When David Fizdale and his wife, Natasha Sen-Fizdale moved to Memphis, she threw herself into the Grizzlies circle as a volunteer and philanthropist. With her husband no longer part of the team, there’s no saying what lies in the future for them. Learn more about Fizdale’s wife in Natasha Sen’s wiki.

Ever wonder how Sen adapted to Memphis so quickly? It’s because moving and living is part of her life and she’s quick to adjust to any place. She is part Canadian, and her mother, stepfather, and maternal grandparents live in Toronto. She lived in Australia, but her earliest memories are on the small Micronesian island of Nauru.

She’s also lived in India which is her home country. Her stepfather was in the army, and when they lived in India, they moved homes almost every year. By her own admission, she’s “lived in some obscure places that even people back there don’t know about.”

They later moved to London and then six months later, to Toronto. She calls Toronto her home because she’s lived there the longest. Sen lived there for more than 10 years, “until my husband came and kind of picked me up and took me away.”

Then Miami Heat assistant coach, David Fizdale proposed to his longtime girlfriend, Natasha in 2013. Then he swept her off to Paris and proposed to her again. Her answer didn’t change the second time.

During the rehearsal dinner on Friday, the guests were treated to a Henna party, a tradition for Indian brides, by Henna San Diego. The night included a sandcastle and a romantic bonfire at the beach.

At the @stjude / @memgrizz Tip Off Luncheon yesterday. Glad to always support the incredible work they do. Been thinking of making Penny a St.Jude therapy dog. ?I think she'd do great! Who's ready for tomorrow btw?? #GrizzNation #BiggerThanBasketball

The nuptials at the beach were followed by the reception in the Crown Room. Pictures from their special day showed a grand Indian affair. While this weekend belonged to the Sen-Fizdale wedding, Dwyane Wade and Gabrielle Union married the following weekend.

Sen and Fizdale don’t have children, but she’s stepmom to his son, Kyle Jackson from another relationship.

My #ootd for #LocalMemphisLive this morning. My husband came to me very concerned, trying not to offend me but wanting to make sure I looked my very best and said,"Baby, you're pants are too big for you." ??? "Baby, its #Fashion." Oh ok, you look beautiful." He makes sure he notices everything. Mostly ? #HappyWifeHappyLife ? ? @b.willmadeit

After acquiring a degree in Design from the OCAD University in Toronto, the 32-year-old studied Web Design at the Ryerson University. Her professional career began in Manulife Financial/JohnHancock Toronto where, in the commercial real estate department, she learned the ropes of the corporate sector.

At the same time, she set about on her own entrepreneurial ambitions by setting up multiple companies. Her first venture was a styling company where her job included “designing and developing the brand from the ground up as well as marketing the company to gain exposure within the Toronto Fashion circuit.” She then established a Graphic Design and Print Production Shop where she was responsible for marketing and business development.

After relocating to Miami with her coach beau, she was appointed as Marketing Director of Majestic Properties, one of the largest boutique Real Estate firms in South Florida.

With her extensive experience in marketing, it was not long before she set up her own marketing firm. The Creative Penny, named after her first dog, is a marketing and design agency where you can get everything from a basic logo design for your business to brand building.

The name implies a creative and fun vibe and also means they know how to spend your pennies well. Creative Principal, Sen and her team helped businesses in Miami gain exposure by developing their websites, social media marketing, and event planning.

A movement by ourselves, but a force when we're together. #LaraCroft & #IndianaJones love affair ?☠️#Halloween2017 #Fizdale

Sen named her business after her first dog and this shows that she has a particular soft spot for dogs and has always owned rescued dogs. When they moved to Memphis, she got right into animal welfare. Using her smarts, she began advocating adopting dogs instead of buying them, through her Instagram page ‘Urgent Dogs of Memphis’.

She works with the Memphis Animal Services, the Humane Society, and the Streetdog Foundation to get volunteers. She got the Grizzlies involved in the cause, getting them to visit shelters and hold events for adopting dogs.

Sen did a lot of volunteering in Memphis in the two years she lived there with her husband. It’s not known what their plans are after Fizdale is fired. But there’s an extremely good coach on the open market now with teams perhaps waiting to sign him. So, Sen could take her philanthropy to a new city.

#Saturday work flow. Sucks this pic was taken before we got Tallulah but just picture her right there in between Chalky and me cos that lil baby is stuck to mummy nowadays and I love it. And yes, my sweatshirt says: "Sorry I can't. My dogs and I have plans." Pretty much. ??‍♀️ @senfizdales #dontshopadopt