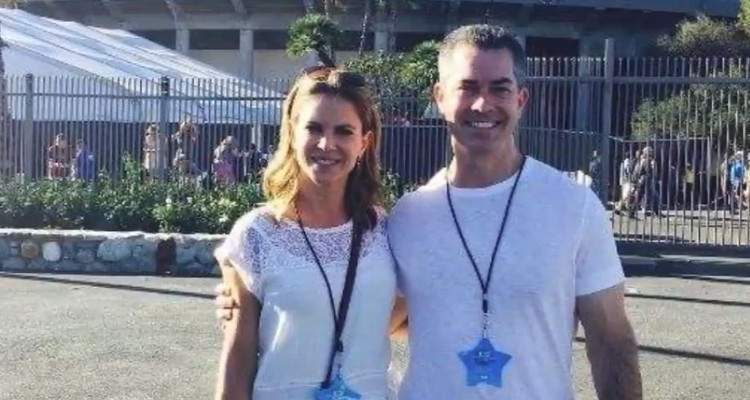 At the age of 45, journalist Natalie Morales has a stable job and loving family, including her husband of over 19 years now. If you want to know more about Natalie Morales’ husband, then take a look at our Joe Rhodes wiki.

Natalie Morales spoke out about her former Today show co-anchor Matt Lauer, who was fired from NBC following allegations of sexual misconduct in the workplace. On Access Hollywood Live, Morales net worth she was surprised by the announcement, “I woke up to the news like everyone this morning—just in shock. The Today show, of course, has been my family for 16 years now and it is difficult. I think everyone is saying how difficult it is to process the news.”

Morales also shut down past speculations claiming that she and Lauer had an affair, “I have personally dealt with rumors in the past for years that were hurtful to me, my family—they diminished my hard work. I’ve addressed those rumors head-on in the past.” She added, “That is not the story today. The story today is the courage of a colleague who did come forward, and when and if she wants to tell her story publicly, I’m sure she will. But it did take a lot of courage for her to come forward. It was no doubt a very painful decision.”

Her marriage to Joe Rhodes is stronger than ever. To learn more about Natalie Morales’ husband, keep reading.

The Journey is over, We are finally in L.A after 7 days of driving in the hot, scorching desert. Yasssss.

Though we know that Joe Rhodes’ age is 46, not much is known about his personal life. He was born to Kay and Joseph S. Rhodes, the managing director of Prudential insurance’s financial services section in Chicago.

Rhodes earned a B.S. in finance from the University of Colorado Boulder in 1992, and completed his M.B.A. from Columbia Business School in 2002. From 1997 to 2008, he was a partner at Charterhouse Group, Inc., a middle market private equity investment company in New York.

In December 2008, he became a managing partner at Stockton Road Capital LLC. As of January this year, he is also a managing partner at Hummingbird Brands LLC. Rhodes is also the president of Lenny & Larry’s LLC, a position he acquired in June 2017. Currently, there are no details about Joe Rhodes’ net worth.

However, Natalie Morales’s net worth is estimated at $16.0 million.

Thanks to the wonderful kind soul/s in the world who add tree swings along beautiful hiking trails! #hikinggems! #kentercanyon

Morales and Rhodes dated for several years before finally tying the knot. It was on August 22, 1998, that they walked down the aisle. Their marriage was officiated by Rev. Donald Bossart, a United Methodist minister. In 2004, the loving pair welcomed their first son, Josh, via C-section at Hoboken’s St. Mary Hospital, about which Morales said, “I received phenomenal care at St. Mary. The nurses were wonderful. They were alert, engaging and humorous – something every woman in labor needs.” She added, “I’m so fortunate to do what I love professionally, but to be a good mother and wife to my family is what I love the most.”

In 2008, the couple welcomed their second son, Luke Hudson. She spoke about the age difference between her sons saying, “I think the age difference has actually worked to my benefit, because from day one Josh was so excited. He always wants to kiss and hold the baby.” Morales gushed, “You think you can’t love a child anymore than you do, but seeing how much [Josh] loves his younger brother, that love intensifies.”