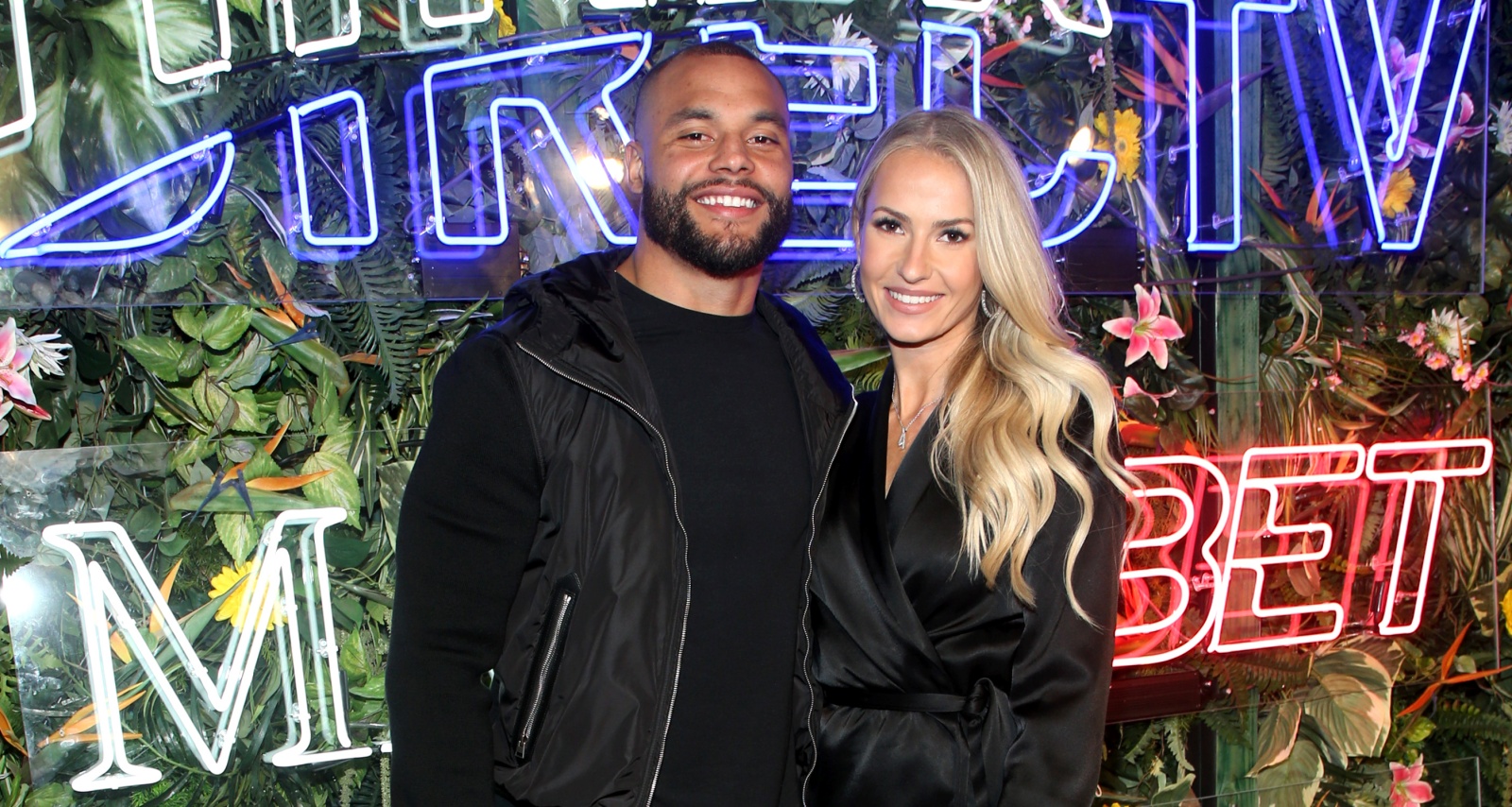 Natalie Buffett is the Dallas Cowboys WAG who has been creating a buzz simply by existing. Dak Prescott’s girlfriend recently had a luxurious birthday celebration that was attended by the quarterback that has the Internet both envious and in awe. The couple has also attracted social media for their jet-setting lifestyle and vacations, which has provoked curiosity about their relationship. Cowboys Nation wants to know more about who Natalie Buffett is. Long before she was dating an NFL pro, she had quite the Instagram following. We reveal more of that background in this Natalie Buffett wiki.

Natalie Buffett was born on April 10, 1997. She hails from Sarasota, Florida, and is of Swedish and Canadian descent.

She is one of two children born to Thomas “Tom” Buffett and Karin Buffett. Her mother, Karin, was born in Sweden and her father, Tom, was born in Canada.

Tom Buffett passed away in 2017. He is survived by his wife and their children, Natalie and Marcus Buffett.

The late Tom Buffett was an accomplished academic and athlete from MIT. He worked for the U.S. Strategic Air Command in Greenland and was an engineer on multiple projects around the world.

He later began his own entrepreneurial ventures in Spain before moving his family to London. There, his business success earned him the “Freedom of the City of London” commendation.

Tom also sponsored the Royal Windsor Horse Show at Windsor Castle. He remains an honorary member of the show after his passing.

After his retirement, Tom and Karin settled in Florida with their children while they maintained their connections to their native countries.

Natalie’s brother, Marcus, is a software engineer at Apple.

Natalie Buffett studied civil engineering at Southern Methodist University. During that time, she was building a social media presence as a model and travel influencer, which got her featured on the COED Girl of the Day.

Before she was an NFL WAG, Buffett was getting attention as an Instagram model. She currently boasts over 77.1K followers and growing on Instagram. She earns an estimated $300.00 per sponsored post. She’s also affiliated with brands like OxeFit.

Dak Prescott has been dating Natalie Buffett at least since 2020. They have been featuring on each other’s social media since Prescott’s birthday that year.

The Dallas Cowboys quarterback was on the injured reserve list in the 2020 season and required surgery. Weeks after the surgery, Prescott went as a patient with crutches on Halloween while Buffett played the nurse for their Instagram shot.

They’ve had many social media and public sightings in recent months. But none were more buzzworthy than when they arrived at the NFL Honors 2022 together.