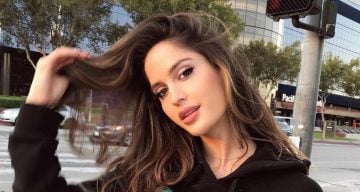 Singer Maluma has worked with several famous artists like Shakira. He made his VMA debut on August 20, 2018, and kissed one of the dancers on stage during his performance. Many were wondering if this upset Maluma’s girlfriend, who is model and DJ Natalia Barulich, but she seems to be fine with it. Now, people want to know more about his girlfriend, so here are some details from Natalia Barulich’s wiki.

Who Is Natalia Barulich?

Natalia Barulich, age 26, was born on January 13, 1992. Although her parents are Cuban and Croatian, Natalia Barulich’s nationality is American, as she was born in California. She currently lives in New York.

She is quite passionate about music and has always been. She grew up singing, acting, and dancing in musical theater.

Barulich once spoke about her childhood and said, “I was in choir ever since I was like five or six years old. I always loved music, and I loved dance music from a very young age.”
Barulich is a DJ, vocalist, songwriter, a former professional ballerina, and a model.

Standing tall at five-foot-seven, Barulich competed in the Miss California USA pageant in 2012. She is a famous American model who has graced the cover of several magazines like L’Officiel, Esquire, Cosmopolitan, and Maxim.

Barulich has also worked for American clothing brand and retailer Guess, as well as Nike, Bentley, Apple, and Samsung.

She is agency represented in Los Angeles and Hong Kong. Her work takes her to different countries and she often travels between San Francisco, Australia, New York, and Miami.

Barulich, along with her friend, Esther Anaya, are a music DJ duo called Atmsphre, and they are managed by Randy Jackson. Together, these magnetic DJs incorporate vocals and live violin in their performances.

They have performed in different cities like New York City, Las Vegas, Boston, Amsterdam, and Paris. Their YouTube channel has over 2K subscribers.

Currently in Morocco feeling inspired surrounded by such talented artists ✨ @RedOne @FrenchMontana & @DinahJane97 • Thanks guys for having us part of your upcoming project along with our amazing @GUESS family ? Loving & enjoying every second of our journey.. This is just the beginning!! ? Pic from our set at Surrender Vegas last week?Stoked to be coming back to the Wynn next month to play @Weratmsphre ☺️??

Last year, Barulich spoke about how they came up with the name in an interview and said, “We have been friends for the past seven years. We always wanted to work together & last year we organically formed the duo. We got the name from the first time we met. We were hired for a Bat Mitzvah to be the Atmsphre Music & Dancers. Esther was playing the violin, I was dancing (I’m a former professional ballerina) and when we decided to start our project it only seemed right to name our partnership after our first musical collaboration!” 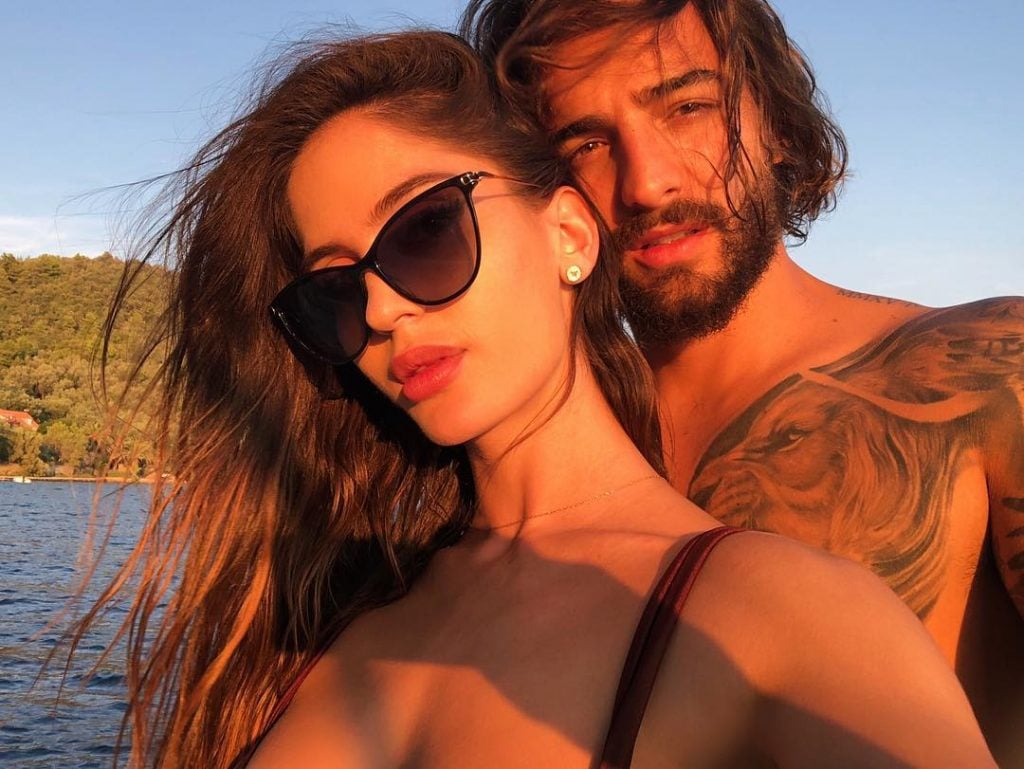 Barulich and Maluma met each other on the set of “Felices Los 4” music video. They became good friends and their friendship eventually turned into a relationship.

Initially, their relationship was kept under wraps. And many people weren’t happy about it once they got wind of it.

Natalia Barulich’s Instagram account has 1.7 million followers. She is very active on the photo-sharing app and posts a lot of pics of her modeling assignments. And, of course, you’ll find many photos of her with her hunky beau, Maluma!