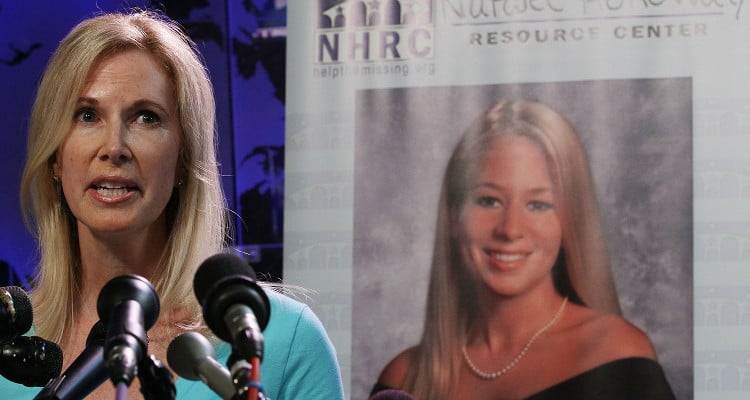 Natalee Holloway went missing 12 years ago and what happened remains a mystery to this day. While her family and thousands of supporters seek justice for Natalee Holloway, many are curious to know more about this case.

When we hear news of young girls going missing, two people come to mind: Elizabeth Smart and Natalee Holloway. While Smart’s story had an inspiring ending (she became a child safety activist, got married, and has two children), Holloway’s story is far from over. Her disappearance is still a mystery with questions still lingering. What happened to her, and did they ever find Natalee Holloway? Here are the latest updates in our Natalee Holloway wiki.

Who is Natalee Holloway?

Natalee Holloway was born in October 1986. She was the oldest of two children born to David and Elizabeth “Beth” Holloway in Mississippi. At the time of her disappearance, David worked as an insurance agent, while Beth worked in an Alabama school system. After they divorced, Natalee and her younger brother, Matthew, were raised by their mother. Beth remarried George Twitty, a businessman, in 2000 and they moved to Mountain Brook, Alabama.

At Mountain Brook High School, Natalee graduated as an honor student. She was an accomplished teen who participated in extracurricular activities, including the National Honor Society and the school dance squad. She planned to pursue a pre-med track at the University of Alabama where she got a full scholarship.

What Happened to Natalee Holloway?

In May 2005, Holloway and her fellow graduates went on a trip to Aruba. Their trip, which included seven chaperones, was described by authorities as “wild partying, a lot of drinking, lots of room switching every night.”

The last time the 18-year-old was seen by her classmates was when she was leaving an Aruban nightclub on the last day of their trip. She left with Joran van der Sloot, a student attending the International School of Aruba, and his friends, 21-year-old Deepak Kalpoe and 18-year-old Satish Kalpoe, in the former Kalpoe’s car.

Holloway didn’t arrive for her return flight back to Alabama and her luggage and passport were found in her hotel room. When they were informed about her disappearance, George and Beth Twitty flew to Aruba and contacted the Aruban police with information about van der Sloot. The authorities arrested the man, but he denied knowing what became of Holloway. The Kalpoe brothers and van der Sloot were arrested multiple times, but they were let go each time due to insufficient evidence.

Aruban authorities, FBI agents, Dutch soldiers, and hundreds of volunteers searched for Holloway on land and even in the ocean. But neither Natalee Holloway’s body nor any other clues were ever found. With no sufficient leads, an Alabama judge declared Holloway legally dead in 2012.

Who Killed Natalee Holloway in Aruba?

There’s no evidence to say whether Holloway is dead or alive. Her parents often get fake callers saying that she’s alive, but she has legally been declared dead in absentia, and all fingers point to Joran van der Sloot.

Joran van der Sloot was an honor student, his father was a lawyer and his mother was an art teacher. His mother claimed that Joran was a troublesome kid, who would often sneak out to casinos. When Holloway disappeared, he denied having anything to do with it. There was no evidence to charge him with anything and the case went cold. It was, however, reopened when a Dutch journalist shot a video of van der Sloot under the influence of marijuana, admitting he was present at the time of Holloway’s death. He says she had what looked like a seizure and, instead of calling for medical help or determining if she was alive, he and a friend dumped her body into the sea.

Although the taped confession appeared to be damning evidence, Joran van der Sloot said he lied because he didn’t trust Peter R. de Vries, the journalist interviewing him. Van der Sloot later moved to Thailand, where he was investigated for sex-trafficking. He also stated in an interview that he sold Holloway into slavery before retracting that statement.

Adding to his mountain of suspicions, van der Sloot tried to extort money from Holloway’s family by providing bogus information. And then, on the fifth anniversary of Holloway’s disappearance, he murdered a woman named Stephany Flores. Flores was found beaten to death in van der Sloot’s hotel room. He was arrested and extradited to Peru, where he then confessed to killing her. He reportedly lost his cool when she used his laptop without permission and found information linking him to Holloway’s disappearance. He admitted to the extortion plot stating, “I wanted to get back at Natalee’s family…her parents have been making my life tough for five years.”

He was sentenced to 28 years in a Peruvian prison for Flores’ murder, and married a Peruvian woman in a prison ceremony in 2014. His wife gave birth to a daughter that same year. Joran van der Sloot later released a tape confession from prison saying that he killed Holloway, but his lawyer claims he’s lying.

Where is Natalee Holloway Now?

Holloway’s whereabouts are still a mystery, but her family continues to fight for justice. Beth Twitty wrote a biographical book on her daughter titled, Loving Natalee: A Mother’s Testament of Hope and Faith to spread the message of personal safety. In 2009, Lifetime aired a TV movie called Natalee Holloway, based on her mother’s book. Twitty also founded an organization to educate people about travel safety. She is the founder of the Natalee Holloway Resource Center to aid the families of missing persons.

David and Beth’s only other child, Matthew, who was 16 when his sister disappeared, became a father in 2015 to a baby girl named Rylee. At the same time, a new eyewitness claimed to know where Natalee Holloway’s body is and her parents are following this lead.