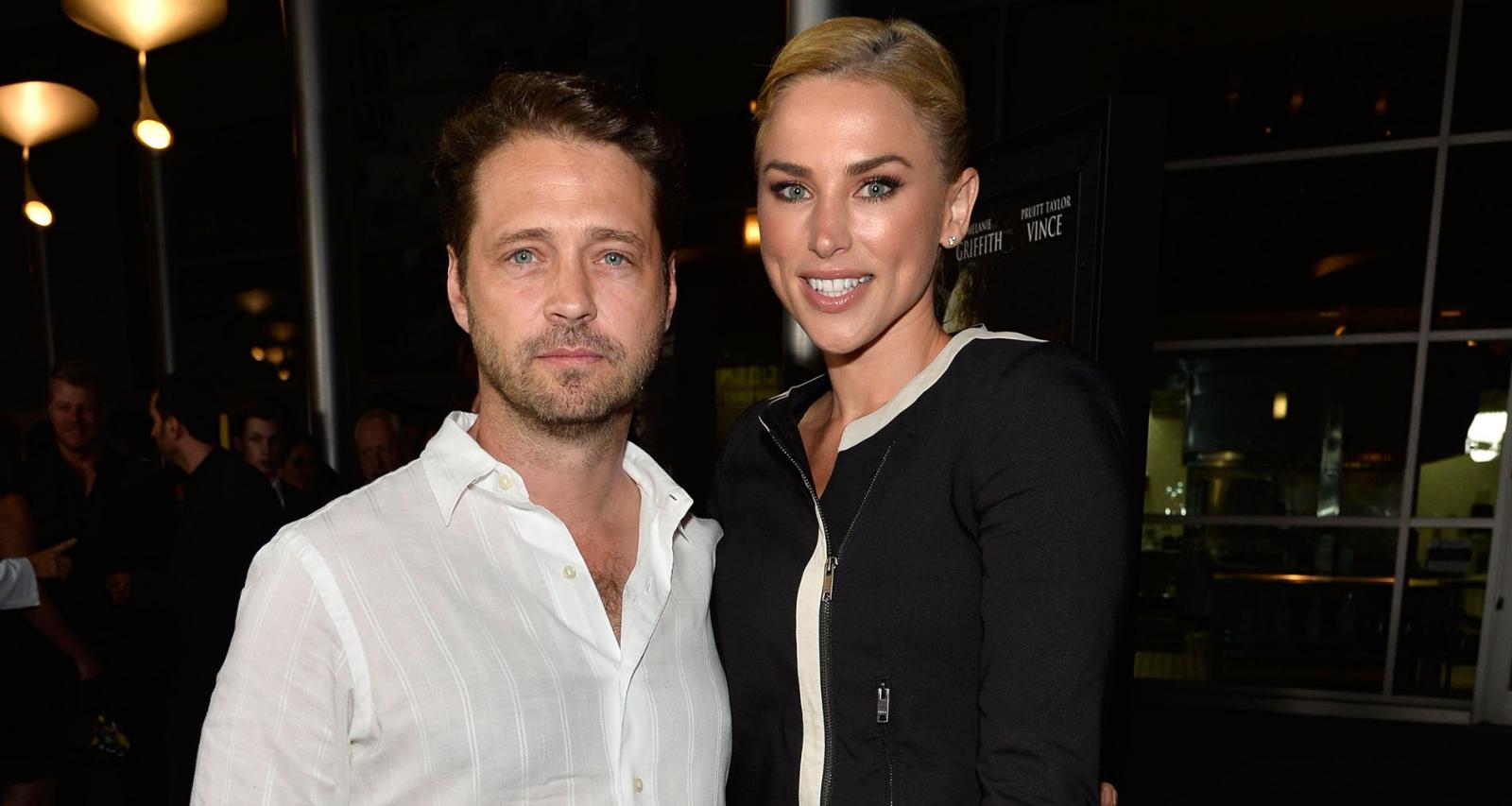 Jason Priestley, most recognizable as the Beverly Hills 90210 heartthrob, Brandon Walsh, is married to Naomi Lowde-Priestley. While Jason’s acting career continues to soar, his wife has her own growing popularity on social media. If your social media feeds aren’t already blessed with her magnificence, our Naomi Lowde-Priestley will certainly get you to follow Jason Priestley’s wife.

Naomi Lowde-Priestley’s From the UK

Born Naomi Lowde on September 15, 1976 she was raised in England, and currently resides in the United States, in California.

Canadian native, Jason Priestley, was born in Vancouver. He revealed in 2007 that he had become an American citizen.

They Met Outside London’s Apollo Theater

Priestley and Lowde met randomly in 2000 outside the Apollo Theater, the historic West End theater on London’s Shaftsbury Avenue. Lowde wrote on her website that they bumped into each other while waiting for the red light to change at a crosswalk.

Priestley, who has returned to his theater roots time and time again, has performed at West End often. In 2000, he was starring in the Apollo production of the Broadway play, Side Man.

At that time, he was facing jail time for a DUI. Lowde was also with him as he recovered from a near-fatal car crash in 2002, during a practice session at the Kentucky Speedway. As you may know, one of Priestley’s passions is race-car driving.

In 2004, the couple returned to the same place they met, where Priestley proposed to Lowde.

They tied the knot on May 14, 2005 at the One and Only Beach Ocean Club Resort on Paradise Island in the Bahamas. Priestley’s Beverly Hills 90210 co-stars were also among the 120 guests at the extravagant wedding.

Chili cook off with @naydoggy and @ava.priestley today for the Downtown Women’s Center! I think we have a shot!

Priestley was previously married to Ashlee Peterson, another makeup artist. They divorced in 1999 after a year of marriage.

When Naomi Lowde met Jason Priestley, she had recently graduated with a bachelor’s degree in fine arts, specializing in painting. After the end of his theater run in England, she returned with him to New York.

Since his job entailed a lot of travelling, she wanted to find a complementary job so she could travel with him, while using her artistic talent. So Lowde enrolled at The School of Makeup Art in Toronto, Canada.

After graduating top of her class, she began working as a professional makeup artist. Lowde-Priestley has often worked on the Nickelodeon Kids Choice Awards and Teen Choice Awards. She also did the makeup of some “Angels” during the Victoria’s Secret Fashion Show in 2005 and 2006.

And she doesn’t just do makeup for special events. Lowde-Priestley’s also done special effects makeup in films and makes some jaw-dropping Halloween looks.

Lowde-Priestley shares her special effects work, nifty makeup tips, and essentials for all her looks on Instagram. It’s no surprise she’s one of the rising beauty gurus on social media with an Instagram following of 44.3k and growing.

She’s not only got Instagram endorsement deals in the bag, but she also uses her influencer status for good. That includes raising funds for those affected by California wildfires and Hurricane Harvey.

Lowde-Priestley now owns and builds her lifestyle brand, Lowde & Clear. She shares her beauty, fitness, nutrition, and lifestyle videos and hosts events through her company.

A former track and field athlete, Naomi Lowde-Priestley is passionate about wellness and fitness. Back in England, she had a very athletic lifestyle.

“My brother started the first girl’s rugby team where we lived in England so that I could play. Thanks to him, I went on to play rugby for a few years in my teens—I loved the sport! Unfortunately, I had to give up the sport due to getting braces (on my teeth) at 18 years old, just before heading off to college,” said Lowde-Priestley.

When she settled in Los Angeles with her husband, Lowde-Priestley discovered the Sweat Shoppe’s heated indoor cycling. She got hooked on the cardio workout and enrolled in their training program, becoming a certified Mad Dogg and NASM trainer. Lowde-Priestley and her husband also work out together, as seen on their Instagram accounts.

In 2014, Naomi Lowde-Priestley was voted the Hottest Trainer in LA by Racked.

Lowde-Priestley went on to create E-Mentum, an electrolyte-boosting drink for workouts.

There’s no telling what’s next for this social media-savvy entrepreneur!