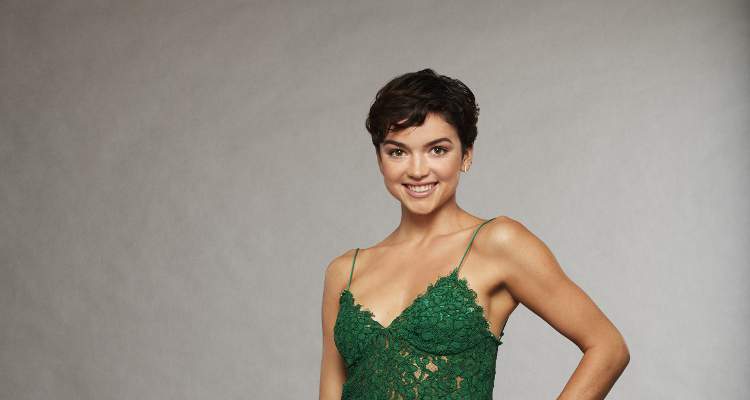 Rebekah Martinez is the youngest contestant on The Bachelor 2018, which has the other contestants talking. While some feel that 22-year-old Bekah is too young for 36-year-old Arie Luyendyk Jr., the man in question doesn’t think so. He went on record claiming that age is not a factor for him as he makes his final decision.

Bekah’s age is 22, and she is the youngest of the bunch. Arie Luyendyk Jr. is 36 years old, giving them a 14-year age gap. The other contestants are mostly in their mid-20s or early 30s, and there is a growing tension between them and Bekah. Some discussed her age and remarked that it could be an issue. In the promo, we could hear one contestant say, “I wonder if her age is going to be a deal breaker. I think she is reluctant to tell Arie how old she is,” before it cuts to Bekah crying to Arie about the other contestants.

Also Read: Why is Arie Called “The Kissing Bandit?”

Age Not a Factor

surrounded by white to amplify my tan ?✨

It does not matter what the other contestants think, as Arie gets the final say. After all, the show is about him finding love! The good news for Bekah is that she need not worry. In an earlier interview with The Hollywood Reporter Arie claimed that age was not a factor for him, “I think it’s more about the person and if they’re ready for marriage and how mature they are. Some women are far beyond their years, and some women are very immature in their thirties – I’ve dated younger, older.”

They Have a Lot in Common!

naked little boy with a blanket – shot by @bry_nn

Bekah is a nanny, and revealed that in the next five years she would like to achieve her dreams of “Teaching art or owning an art studio for children, hopefully, married and planning to have babies.” Arie has similar dreams, so it looks like the two already have something in common! Bekah is young, pretty, talented, and certainly has what it takes to get Arie’s heart.