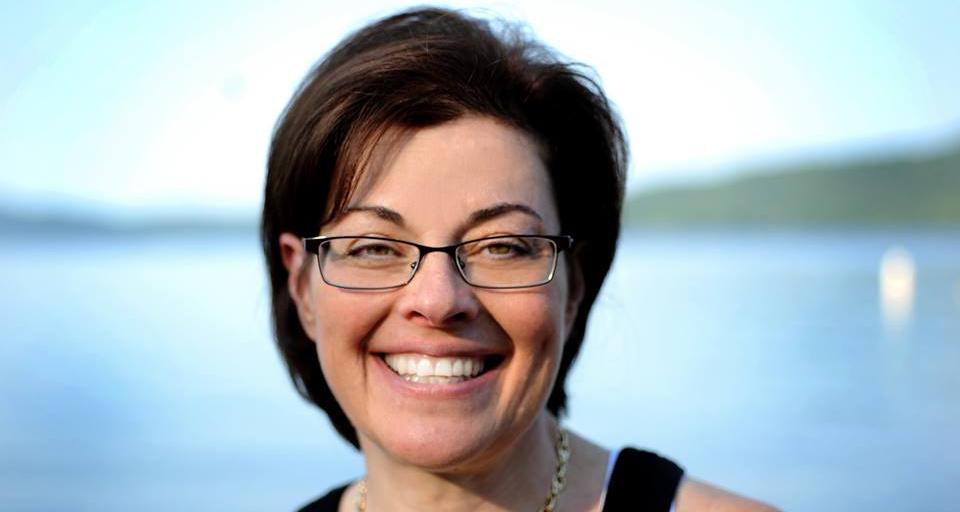 Federal authorities have closed in on several high profile members of the NXIVM organization in relation to multiple criminal charges, including running a sex cult. Along with Seagram heiress Clare Bronfman and Smallville actress Allison Mack, NXIVM founders Keith Raniere and Nancy Salzman have also been arrested.

A federal crackdown on the Albany-based NXIVM saw its top members arrested, including cofounder Nancy Salzman. She was the president and “face” of NXIVM, which her daughter, Lauren Salzman, was also a big part of.

The 63-year-old “Prefect” and her daughter are expected to appear in court regarding NXIVM’s racketeering, sex trafficking, and forced labor charges.

Nancy Salzman Is a Medical Professional

NXIVM pegged itself as a multi-level marketing company that ran seminars under its “Executive Success Programs.” Salzman was the president of the program, owing to her intensive experience in the medical field.

Her bio states, “With over thirty years of intensive study and practice in the fields of healthcare, human potential and human empowerment, Nancy brings an incredible wealth of knowledge, wisdom and experience to her role.”

By profession, Salzman is a nurse and therapist. She studied hypnosis, neuro-linguistic programming, psychobiology, and solution-based therapy. She was a counselor for individuals and families.

It was then that she met a self-proclaimed ethical man, Keith Raniere, who was proficient in behavior-modification like Salzman.

She Was Raniere’s First Student

Salzman was supposedly drawn to Keith Raniere’s teaching because of the tough times she was going through back then. He claimed that he could change the world with his techniques, which can rewire an individual’s emotional self.

While Raniere became her spiritual guide, she treated his girlfriend. She lent her money for business and was locked in a court battle with her when the business went bankrupt. Raniere sided with Salzman and they made eyebrow-raising accusations against Raniere’s now ex.

Raniere and Salzman founded Executive Success Programs in 1998. But on paper, Salzman is the owner while Raniere has no direct connection to NXIVM.

The former therapist developed the program’s curriculum in accordance with Raniere’s teachings, and she was the primary face of the group. She patented Raniere’s behavior modifying “technology.”

Their weapon of choice was the law. Raniere and Salzman often sued those who have disclosed the functions of the program for copyright infringement.

They held sessions in Albany and expanded to several locations. Their organization even had its own jargon, code of conduct, and cryptic techniques wherein students signed a non-disclosure agreement in what they learned there.

Within NXIVM, Raniere was allegedly addressed as “Vanguard” and Salzman was called “Prefect.” While Raniere’s title is said to be from one of his favorite arcade games, Salzman’s was supposedly because she was his first student.

Salzman and the Bronfman sisters are at least three members of NXIVM who were part of the Clinton Global Initiative. Members of the group reportedly donated around $30,000 to Hillary Clinton’s presidential campaign.

Also Read: 10 Famous Celebrities Who Have Been Accused of Sexual Assault

Salzman is the mother of two daughters, who are now adults. One of her children, 40-year-old Lauren Salzman, was an influential leader in NXIVM. 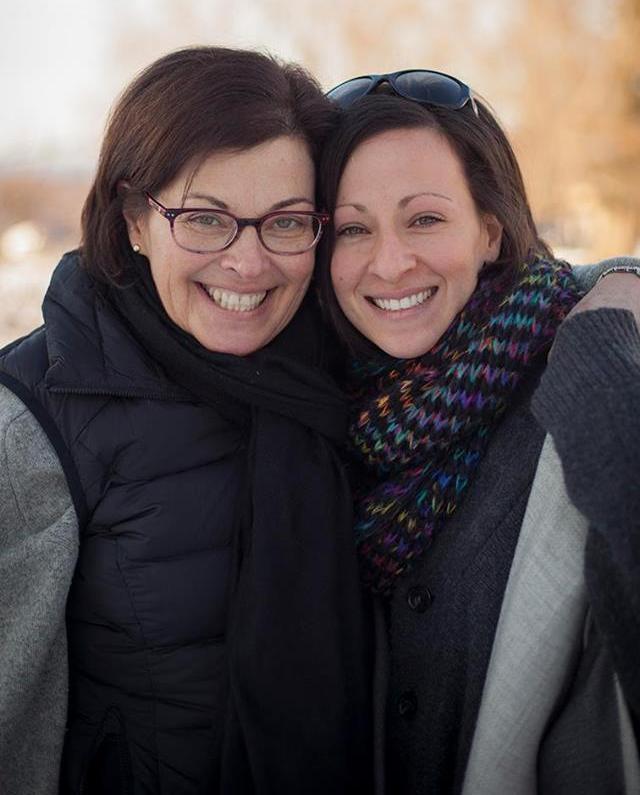 The team at NXIVM also reportedly had some high profile members, including Seagram heiresses Clare and Sara Bronfman, as well as actresses Kristin Kreuk and Sarah Edmondson. However, those two actresses had left the organization.

While Kreuk distanced herself from the controversy, Edmondson exposed the shady sisterhood that allegedly operated inside NXIVM.

Edmondson said that she was invited into the organization’s pyramid structure by Allison Mack, another top-tier member of NXIVM who Salzman and her daughter inducted.

In 2006, Nancy and Lauren Salzman had flown in a private jet, courtesy of the Bronfman sisters, to recruit Kreuk’s Smallville costar, Allison Mack. She was reportedly attending NXIVM’s weekend seminar on women empowerment with Kreuk.

Lauren Salzman stuck close to Mack for the entire weekend and had become inseparable friends in that short span. At the end of the seminar, Mack took Salzman’s invitation to fly in the Bronfman sisters’ jet to meet Raniere.

Mack was looking for a spiritual guide and was convinced that Raniere would help her in her acting career. She received luxurious VIP treatment during her meeting with the “Vanguard” himself.

Mack quickly jumped on board and then the actress allegedly became directly involved in the organization’s questionable activities. A donation made by Mack’s fans to one of her humanitarian causes was redirected to World Audience Productions, a company run by Lauren Salzman. 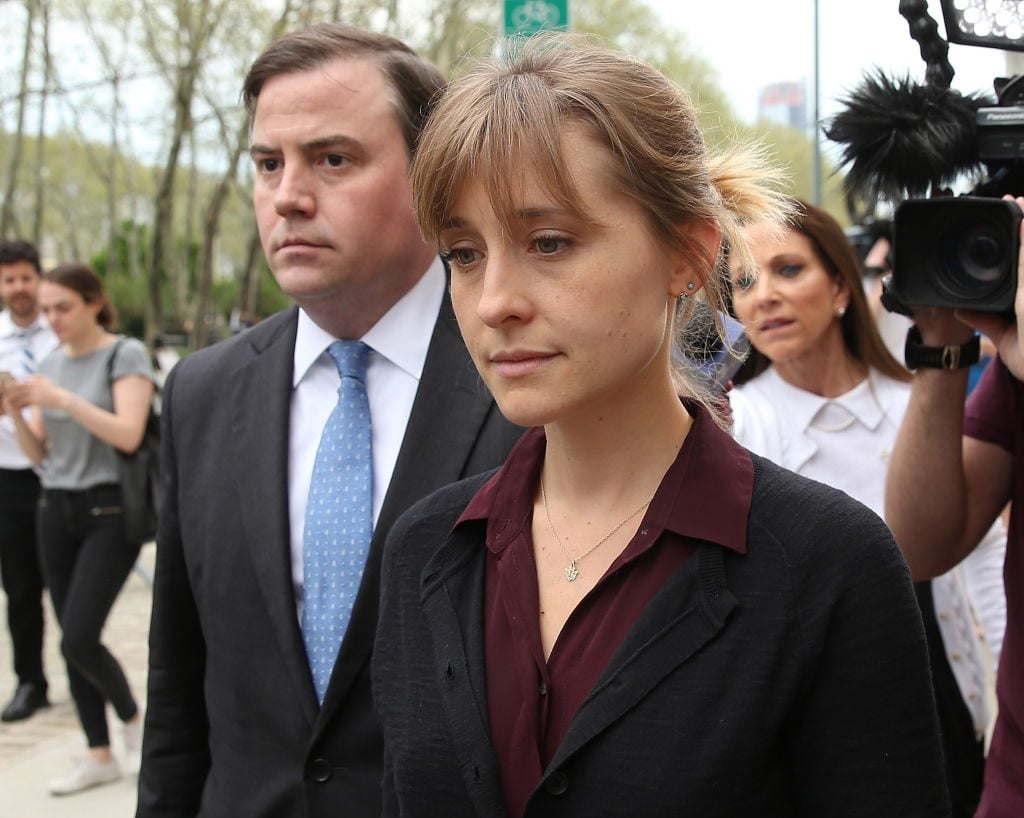 Mack has now been arrested with Lauren and Nancy Salzman for running a sex ring that allegedly involved stripping women and using a cauterizing pen to brand them with Mack and Raniere’s initials. Mack is currently out on a $5.0 million bail.

Federal officials raided Salzman’s residence. They found around $523,00 in cash in shoe boxes. The next step is for the Salzmans to appear in federal court in Albany, New York.