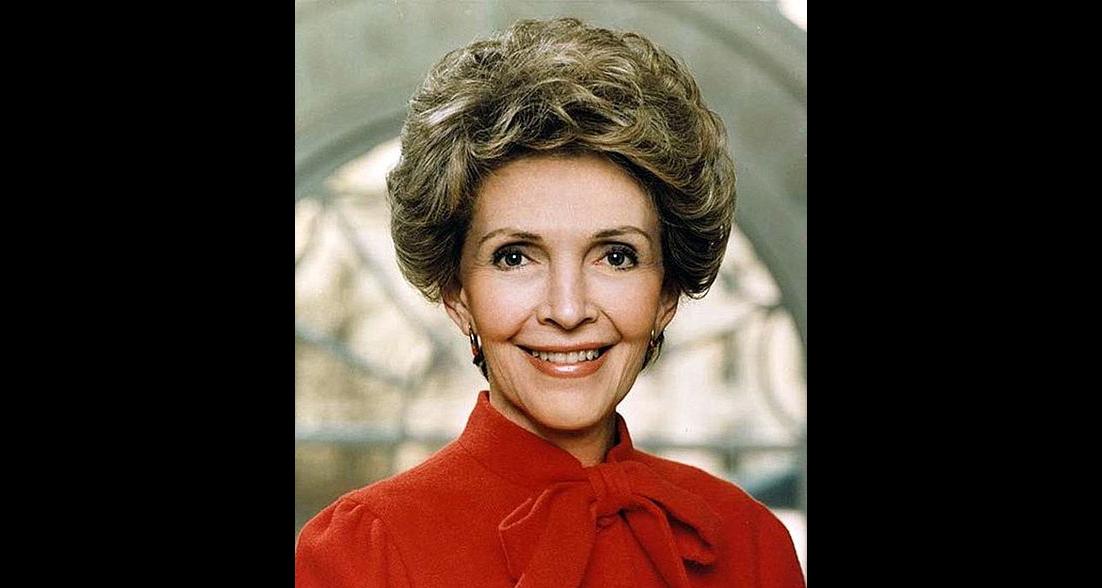 Nancy Reagan was a former First Lady and widow of the 40th U.S. President Ronald Reagan, having an estimated net worth of $15 million as of March 6, the day she passed away.

Nancy Reagan held the First Lady of United States title from 1981 to 1989. Before she married President Reagan, Nancy was an actress who started out as a child star, starring in several movies in the late 1940s.

A passionate heiress of the Reagan legacy, the 94-year-old Nancy Reagan passed away in the early hours of Sunday (March 6) as a result of congestive heart failure. Nancy Reagan is remembered as a celebrated First Lady who kept the legacy of her husband, President Ronald Reagan, alive even after his death in 2004. She leaves behind her $15 million worth and the Reagan name to her children, Ron Reagan (57) and Patti Davis (63).

How Much Is Nancy Reagan Worth?

Nancy Davis Reagan was born as Anne Frances Robbins on July 6, 1921 in New York City. Nancy grew up in Queens and mostly lived with her aunt and uncle, as her parents had separated soon after her birth. Nancy’s mother was an actress who traveled around for jobs, and therefore couldn’t care for her on her own. Following in her mother’s steps, young Nancy got her first acting job as a volunteer in a short film for the National Foundation of Infantile Paralysis. Titled The Clippers, Nancy’s role in this short feature had a great impact for raising funds.

After growing up and graduating with acting credentials, Nancy was signed by the Metro Goldwyn Mayer (MGM) studios and starred in a series of Hollywood movies like East Side, West Side (1949), Night Into Morning (1951), Talk About Stranger (1952), and Donovan’s Brain (1953). Her earnings from acting in 12 movies over a decade made Nancy Davis an A-list Hollywood actress, bringing in over $9 million to her net worth. This movie money is really what made Nancy rich in her life, contributing over 70% of her final wealth. It’s through this gracious acting career that Nancy met the love of her life, Mr. Ronald Reagan, who was the president of the Screen Actors Guild in 1949.

Nancy started dating Ronald Reagan in 1949, and three years into dating, Ronald proposed to Nancy. She officially became Nancy Reagan after they married on March 4, 1952. She became a mother to daughter Patricia Ann, now known as Patti Davis, and son Ron Reagan, and stepmother to Maureen and Michael Reagan, Ronald’s children from his earlier marriage to Jane Wyman.

During Ronald’s two-term run as the Governor of California, Nancy became the First Lady of California from 1967 to 1975. She strongly supported her husband during the 1976 and 1980 presidential campaigns, and officially became the First Lady of the United States after his win in 1981. Nancy gracefully held the title for over eight years, as Ronald Reagan continued his presidency for two terms. Nancy was known to bring in an elegant fashion sense as a First Lady and brought glamor back to the White House. Ronald Reagan’s lifetime net worth has been quite close to Nancy’s, and their combined riches crossed over $30 million.

The Reagan Estate in Bel-Air

Nancy had to move around 30 lavish estates, as her husband Ronald would often travel according to his political designations. After retiring from politics and culminating his U.S. presidency, Ronald and Nancy Reagan settled in the affluent Bel-Air neighborhood of Los Angeles. The $14 million worth Reagan estate spreads across over an acre of landscaped gardens with a majestic mansion spanning over 7,000 square feet. Built in 1954, the house featured three spacious bedrooms and six bathrooms across two stories overlooking a private swimming pool in the backyard.

After the death of her husband in 2004, Nancy Reagan remained active in politics, with her inclinations towards stem cell research. She also hosted the 2012 Republican presidential debate and endorsed Republican candidate Mitt Romney in the 2012 U.S. presidential elections. The blissful life of the former First Lady ended in her Bel-Air home on Sunday. A Reagan spokesperson has announced that she will be laid to rest at the Reagan Presidential Library in Simi Valley, California, right next to Ronald Reagan.