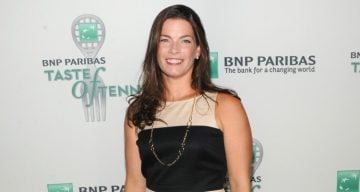 Aside from being one of the newest additions to the show’s cast for this season, Nancy Kerrigan’s Dancing with the Stars debut has made her one to watch out for! We’ve got all the details on her exciting performance, and information on her life and career as an Olympic figure skater in our Nancy Kerrigan wiki!

Nancy Kerrigan danced a graceful Viennese Waltz to “She’s Always a Woman” by Billy Joel, with Russian-American professional dance partner, Artem Chigvintsev. The Olympic figure-skater has officially joined the line of contestants on the Dancing with the Stars 2017 cast to impress the audience and judges, and hopefully bring home that coveted Mirrorball Trophy! Keep reading for all the important facts you need know on Nancy Kerrigan.

She Was an Olympic Figure-Skater

People seeing Nancy Kerrigan on DWTS may be wondering why she looks so familiar. That’s because in the 1990s she had a major career in ice skating, and was widely known for her fashionable outfits that she wore while on the ice, some of which were designed by Vera Wang. But what she is most known for is the knee smash scandal, where hitman Shane Stant “whacked Kerrigan on the knee for $6,500,” which led to a media firestorm and enormous sports controversy that gained attention worldwide. Reports said several men were involved in the attack, as well as Kerrigan’s’ skating competitor, Tonya Harding and her ex-husband, Jeff Gillooly. Actress Margot Robbie is set to star in a Tonya Harding biopic called I, Tonya, retelling the story of the attack, and the controversy that it ignited.

Though her professional figure skating days may be over, Nancy Kerrigan’s net worth is still an incredible $8.0 million.

She Began a Foundation

Nancy Kerrigan began a foundation, which she named The Nancy Kerrigan Foundation. The purpose of the organization was to raise funds for the vision impaired to honor her legally blind mother. Kerrigan has also been recognized for her excellence both on and off the ice: US Figure Skating Hall of Fame, Mother’s Day Foundation Mother of the Year, and New England Sports Hall of Fame. 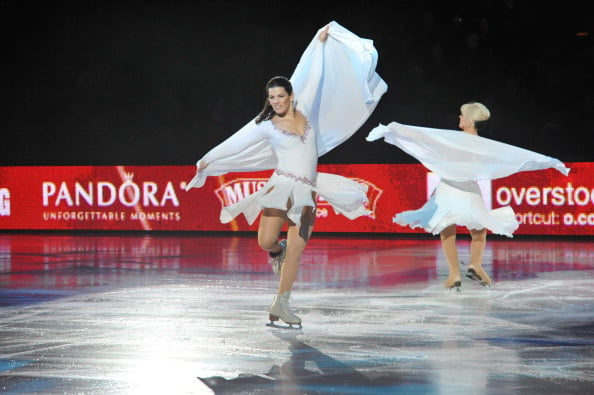 Also Read: Nancy Kerrigan and Artem Chigvintsev on “Dancing with the Stars” 2017: 5 Facts to Know

She Loves Her Family

At the age of 47, Kerrigan is proud of her accomplishments as a mother. She said in her DWTS interview that after the attack, she redirected her time to focus on her children. Her husband, Jerry Solomon is also her agent, and their three kids are named Matthew, Brian, and Nicole. Solomon also has one son from his second marriage (he has been married three times). Her family is cheering her on during the competition and Nancy Kerrigan’s Instagram shows an adorable picture that her children drew for her.

Out of Her Element

Although she is two-time Olympic medalist, Kerrigan felt very unusual at her first rehearsal with her pro-coach. “Reality check: of course I’m going to look like a beginner, but I don’t want to,” she said in the Dancing with the Stars pre-performance trailer. Thankfully, her first performance was much more graceful than her rehearsal dances! She flowed as she would on ice, in and out of Artem Chigvintsev’s arms and gracefully floated across the dance floor. She seemed to be enjoying herself while also focusing on every move required for the dance. Flower petals fell from the ceiling as they finished the dance and the happy pair smiled as the crowd cheered. Already, she has developed a strong fan base on Twitter. Fans are tweeting, “Nancy Kerrigan gonna win tho, let’s be real,” and “AHHHHHH NANCY KILLED IT #dwts.” Seeing her back in the news again has also sparked many interested in Nancy Kerrigan’s hot pics, but the modest mother isn’t one to flaunt her body. We can’t say she doesn’t look damn hot in some of her DWTS costumes, though!

She still has a long way to go in the competition, but she is already off to a good start. With her trainer by her side, this pro skater could become a pro dancer! Tune into Dancing with the Stars on Mondays at 8:00 p.m. EST on ABC.