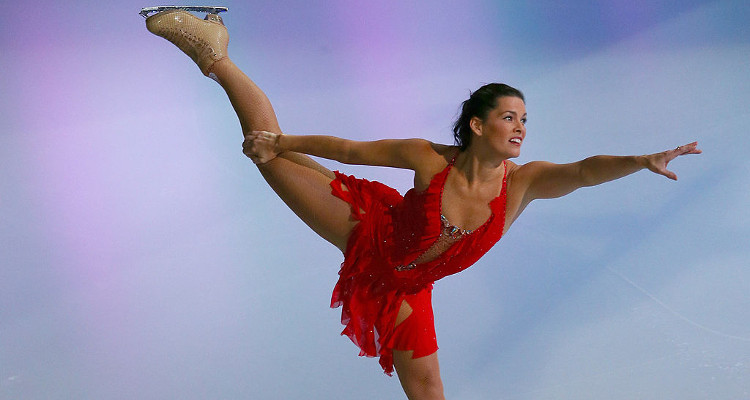 A true champion may be down, but never out and that’s exactly what some would say about former figure skating champion, Nancy Kerrigan. She is paired with professional dancer, Artem Chigvintsev on Dancing with the Stars for season 24 and they are among the top contenders for the prize.

The phrase “break a leg” might bring back terrible and painful memories for Nancy Kerrigan, but Kristi Yamaguchi did not know that when she tweeted an inspirational message for the figure skater. Yamaguchi, who won Dancing with the Stars season 6, had nothing but good intentions when she tweeted, “So excited for you @NancyAKerrigan! Can’t wait to see you grace that ballroom floor, break a leg! #DWTS.” In 1994, someone had been hired to club Kerrigan’s knee with a police baton. Though Kerrigan recovered in time to win a silver medal at the Norway Olympics in Figure Skating, she never skated in a national or international competition again. Now, Nancy Kerrigan is on Dancing with the Stars with the hopes of dominating the dance floor.

It's nice that it's so much warmer than on the ice to practice! Working hard today!

Nancy Kerrigan did not get upset at Yamaguchi’s tweet, understanding that there was no wrongdoing, and replied, “Just was looking at this, I am adjusting to new contacts…#oops! Thank you @kristiyamaguchi for the advise! It definitely is helping! #dwts twitter.com/nancyakerrigan…” Nancy Kerrigan’s DWTS partner is professional dancer, Artem Chigvintsev. Though they have only had one performance so far, the two are currently ranked in sixth place.

A Champion for All Time

Look at this cookie I got in my trailer today! So cool! And yummy!

Nancy Kerrigan was born on October 13, 1969, in Stoneham, Massachusetts. She is the youngest of three and the only daughter of Daniel Kerrigan, a welder and Brenda Kerrigan, a home maker. Kerrigan took up figure skating at the age of six, took private lessons at eight, and won her first championship, the Boston Open, at nine. She began representing her country at international figure skating championships and went on to become the 1992 Olympic Bronze medalist, the 1993 U.S. National Champion, the 1994 Olympic Silver medalist, and a two-time world medalist.

Taking Routines Off the Rink

I'm having a lot of fun. Hope I can feel as secure on the dance floor as I do on the ice!

Fans are searching for Nancy Kerrigan’s hot pics to see more of the figure skating legend. Kerrigan’s Instagram account is full of photos of her and Chigvintsev on the DWTS stage and practicing their routines, as well as Kerrigan with family and friends. With her lifetime of experience on the ice, we are sure she will use all her skills on the dance floor of DWTS season 24. In fact, Kerrigan even said, “I think having performed to music, I have a little bit of an advantage.”

She is Highly Motivated

Watch us tonight on #ExtraTV preparing for our first dance next Monday the 20th on #DWTS.

Nancy Kerrigan and Russian-American professional dancer, Artem Chigvintsev are one of the pairs to look out for this season of DWTS. They have a good chance of winning the coveted Mirrorball Trophy with Kerrigan’s experience. She will give it all she has, just like she did during her professional figure skating days. With support from her fans and her own determination, Nancy Kerrigan will put her best foot forward during the show, so be sure to tune in! 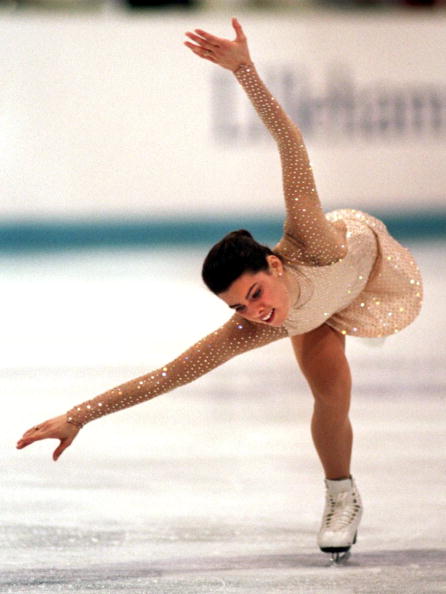