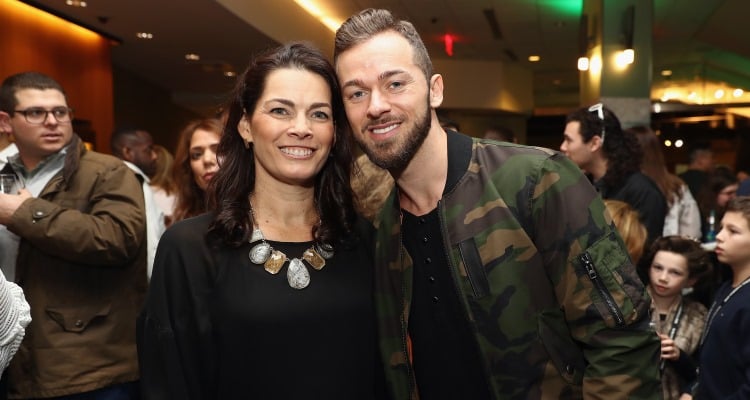 The season 24 premiere of Dancing with the Stars is almost here and there’s a good combination of teams that are in line to win the coveted Mirrorball Trophy. Joining the Dancing with the Stars cast this season is legendary figure skater, Nancy Kerrigan and Russian-American professional dancer, Artem Chigvinstev! The two have been paired up and this dynamic duo will definitely be one to watch!

Nancy Kerrigan and Artem Chigvinstev on Dancing with the Stars could be the game changer that may make them the team to beat this season! Will these graceful individuals be the power couple viewers have to watch out for? If you’re interested in a few facts about the exciting dancing duo, then keep reading to learn more!

If you’re curious to know what Kerrigan, 47, and Chigvinstev, 34, are going to be performing as their first dance, then you came to the right place! The Olympic figure skater and professional dancer will be dancing a graceful Viennese Waltz to “She’s Always A Woman” by Billy Joel. We can’t wait to see Kerrigan put those old skating moves to good use! 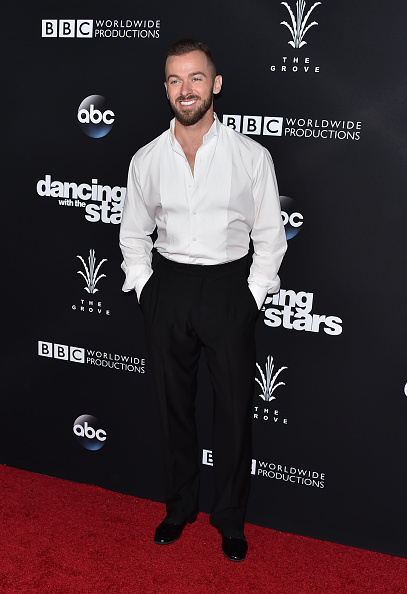 Nancy Kerrigan’s Dancing with the Stars Warm Up

How do you warm up if you’re Nancy Kerrigan on DWTS? You hit the ice of course! The 47-year-old got back to her roots and went skating with her shirtless dance partner (because being shirtless helps with your technique, obviously) in order to nail her routine. She wore a blue lace dress and pink skates, that brought back some serious ‘90s vibes. It was as if no time passed at all! The dance partners also looked very cozy together when their picture was taken during their practice. Could something else be going on between these two? We have to admit: They do look good together!

Nancy Kerrigan was Attacked by a Fellow Skater!

You may not have heard of Nancy Kerrigan, but she was a famous Olympic figure skater who gained a lot of press in 1994, when fellow figure skater, Tonya Harding co-conspired with her ex-husband to break Kerrigan’s legs! The reason: Kerrigan was competition for Harding, and in her eyes, she was the only thing standing in her way of winning. Harding’s ex-husband didn’t do any major damage, but he went backstage and hit Kerrigan’s legs with a rod-shaped object. Harding pleaded guilty to conspiring in the attack, came in eighth place that day, and was banned from the U.S. Figure Skating Association, for life! (It’s a lot better than life in prison, if you asked us!) 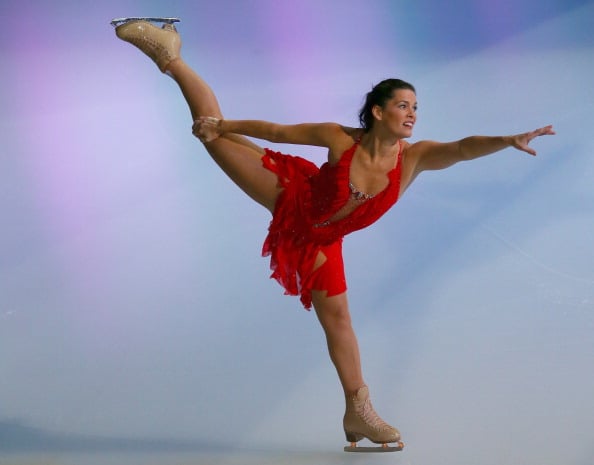 Margot Robbie is Starring in a Tonya Harding Biopic

Australian actress and Suicide Squad star, Margot Robbie will be playing the role of Tonya Harding in the skating biopic, I, Tonya, to be released in sometime next year. Kerrigan will be played by actress, Caitlin Carver, but Kerrigan has stated that she has no desire to see the film.

She Hopes Skating Will Help Her Win

Kerrigan is hoping that she has a bit of an edge with her skating background, and hopes it will help her win the coveted Mirrorball Trophy.

“I think as an athlete we’re used to being coached,” Kerrigan said to the Daily Mail. “I think having performed to music, I have a little bit of an advantage. I’m hoping that helps, [but] usually I’m trained [for months] and I know what I’m doing, but instead you only have five days to know what you’re doing.”

Let’s hope Kerrigan and Chigvinstev have what it takes to win that trophy, shirtless or not!