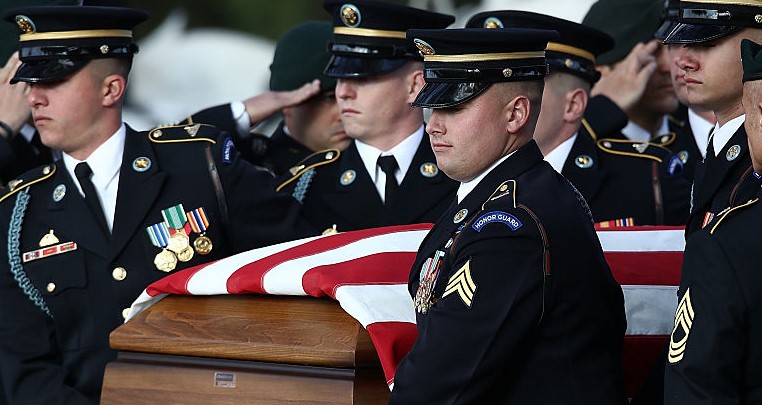 Myeshia Johnson, age 31, is pregnant with a third child with her late husband. According to reports, Trump called her on Tuesday afternoon to give his condolences to the family over the death of her husband. However, during the five-minute call, he told her that her 25-year-old husband was fully aware of what he was in for, “… but when it happens it hurts anyway.” Whether the president was meaning well or not, the remark was not received well by those listening in on the speakerphone call. It drew immediate condemnation. Trump denied the conversation on Wednesday morning, tweeting, “Democratic Congresswoman totally fabricated what I said to the wife of a soldier who died in action (and I have proof). Sad!”

Representative Frederica Wilson, quickly fired back on CNN saying, “This gentleman has a brain disorder, and he needs to be checked out… We should be praising his [Johnson’s] family, not insulting them.” Wilson added that she had no reason to lie about the conversation, insisting that there were several people who also heard the conversation and could vouch for her. “We’re grieving! This is a grieving community! It is disgraceful for him to even tweet about this.” Reportedly, Wilson was sitting beside the grieving widow when the call came in, as several family members were on their way in a car to Miami International Airport, where Johnson’s remains were arriving. Wilson added that Mrs. Johnson was distraught, and the president did not even remember her husband’s name. Reports also say that Trump did not meet Johnson’s coffin when it first arrived back onto American soil. That same Saturday, he reportedly went golfing instead.

Myeshia Johnson is not a celebrity, however some of her posts on Facebook are public, giving many insight into her life. According to her profile she works as a cashier at Walmart, and lives in Fort Bragg, North Carolina. She married Johnson on August 22nd 2014, but knew him since 1992 when they were six years old. Her friends, family, and even strangers on social media have been pouring out love towards her in regards to her situation. One person wrote, “Dear Lady, my heart breaks for you and what you have been through. Thank you for loving your dear soldier husband as you did. May God Bless you as you continue on as the Mother of these precious children of his.”

Mrs. Johnson also shared the comment that she made it to her husband before he left to join the military: “I told him before he leave that I love him and ‘make sure you come back to me’, and he told me he would. And for them to knock on my door is just–my whole life just changed in an instant because my husband was my soulmate.” She later added that she does not know what she’s going to do without him now that he’s gone, “He was just everything to us.” Myeshia Johnson’s kids include a two-year-old son, a six-year-old daughter, and she is expecting her third child in January.