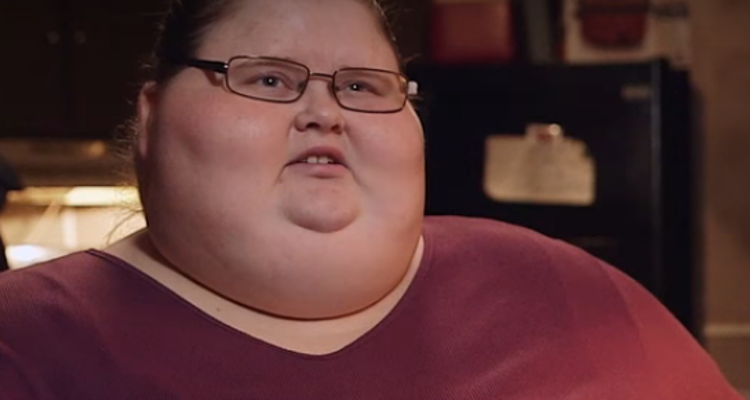 My 600-lb Life follows morbidly obese individuals for a year in their struggle to lose weight, with the help of a specialist named Dr. Nowzaradan. So, where is TLC’s My 600-lb Life cast now? Take a look at My 600-lb Life’s before and after success stories, right here!

American TV series My 600-lb Life is a very popular reality show that airs on TLC. It follows a year in the life someone weighing over 600 pounds, and their struggle to lose weight with the help of sleeve gastrectomy, or gastric bypass surgery.

Dr. Younan Nowzaradan tries to help morbidly obese patients who seek out his help. But what happens after they get the life-altering surgery?

If you want some My 600-lb Life updates, then keep reading!

Where Is Ashley Dunn-Bratcher from My 600-lb Life Now?

When Ashley Dunn-Bratcher appeared on the show back in February 2016, she weighed over 700 pounds and was dependent on her son. She appeared on My 600-lb Life’s Where Are They Now special, and the episode revealed that she had lost over 300 pounds.

Despite the weight loss, Dunn-Bratcher still struggled with emotional problems. Although not much progress was shown in the episode, her Facebook page shows that she’s healthier and happier than before.

Dunn-Bratcher’s journey wasn’t easy as she recalled her emotional struggles in an interview.

“This whole journey has been not only a physical rollercoaster, it’s been very a much an emotional rollercoaster,” Dunn-Bratcher said. “I’ve done fairly decent, but yes, I’ve had moments where I’ve broken down. Whoever says weight-loss surgery is the easy way out is crazy because this has really been one of the hardest things I’ve ever done.”

Where Is Nicole Lewis from My 600-lb Life Now?

Nicole Lewis was raised by drug-addict parents, and her only source of comfort was food. At the young age of 23, she weighed over 700 pounds.

On the show, Lewis said, “Even as a toddler, I remember food was what made me happy.” She added, “When I was little, me and my mom never really got along, because she had a really bad temper, and would explode on me for things that I just didn’t understand. And when that happened, I would always run to the garage, because my dad would be out there working on something. So I would just sit with him, and he would give me a snack. And that was safety.”

Not long ago, Lewis revealed that she is taking care of her two children with her partner, Charlie Williams. She has not revealed how much weight she’s shed, but a source says that Lewis lost 200 pounds.

Where Is Bettie Jo Elmore from My 600-lb Life Now?

Bettie Jo Elmore was 654 pounds when she first came on the show. Although she lost over 200 pounds from a combination of weight loss surgery, exercise, and diet, she was still body-shamed on social media.

Elmore also had a complicated pregnancy back in 2016. And during a CT scan, a large mass was discovered on her spine. But, her troubles did not end there.

In June 2017, Elmore was shut down by haters after giving tips on how to lose weight. People felt that, since she had gastric bypass surgery, she was in no position to give health advice.

On the bright side, Bettie Jo Elmore is still happily married to Josh Elmore, and they have a healthy baby.

Where Is Amber Rachdi from My 600-lb Life Now?

One of the biggest transformations we have seen on the show so far is that of Amber Rachdi. When she first appeared on My 600-lb Life, she weighed 660 pounds and lost over 400 pounds. At the age of 23, she said her weight made her feel like “a nasty, yucky monster.”

When Rachdi was five years old, she weighed 160 pounds, and she kept gaining weight. Her weight loss journey definitely worked for her. She now keeps fans updated on her transformation on Instagram, which features plenty of pictures of her flaunting her new figure.

Where Is Sean Milliken from My 600-lb Life Now?

Fans of the show will never forget Sean Milliken, who weighed 900 pounds when he was 26. He failed to lose weight even after undergoing surgery.

There were rumors that Milliken lost around 300 pounds after undergoing gastric bypass surgery but gained it back because his mother, Renee Milliken, overfed him. Whether or not that is true is unknown.

Renee Milliken passed away from kidney disease at the age of 57.