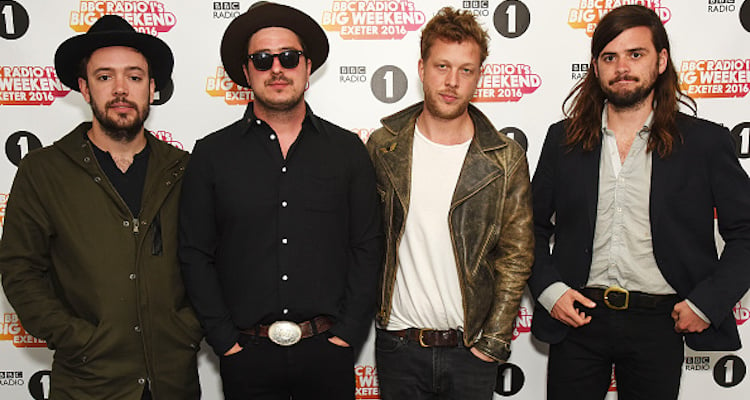 Fans have been wondering about Mumford & Sons’ new album for 2017 and it’s understandable, since we haven’t had an album from the group since 2015’s Wilder Mind. Could Mumford & Sons’ songs be 2017 ready? By the looks of it, there’s no word on anything new from the group, but that doesn’t mean the music has stopped altogether.

If Mumford & Sons’ upcoming album for 2017 were ready, fans would be overjoyed, but don’t worry, because we’re here to set the record straight. Fans may not be getting any Mumford & Sons’ news songs, but that doesn’t mean the band has forgotten about its loyal fan base.

“When the band are on the road, they don’t always get the chance to visit all the places they’d like to,” reads a statement on the band’s web site, “It’s an opportunity to catch up with a few cities they haven’t been to recently and have a party.”

The popular English folk rock band will visit Louisville’s KFC Yum Center on May 23, followed by Burgettstown’s KeyBank Pavilion on May 24, and then Camden’s BB&T Pavilion on May 25. Tickets for all three shows were available on January 27. And in order to keep scalpers from getting tickets, Mumford & Sons are holding a Fan Verified Presale, according to Billboard.

Mumford & Sons and U2

It looks like Mumford & Sons is going to be very busy over the next few months, despite not promoting an album. Fans are no doubt happy that their favorite English band are spreading their music and will be touring with Irish band legends, U2. The legendary U2, will be performing their entire classic fifth album on each date of the U2: The Joshua Tree Tour 2017. The tour is slated to start on May 12 at BC Place in Vancouver, Canada and they will be headlining their first U.S. festival at the Bonnaroo Music & Arts Festival.

The iconic band will also be touring in Europe and is scheduled to perform from July 8 at Twickenham, London and will finish on August 1 at Stade Roi Baudouin in Brussels, Belgium. Mumford & Sons will be supporting acts for U2 during their North American tour dates, while Noel Gallagher’s High Flying Birds will open in Europe.

So, even though there’s no new album for this year, Mumford & Sons is still keeping busy and not letting their talents rust while fans wait patiently for new music. Never say never—this is the year of music after all and anything is possible. A vague tweet, Instagram post, or surprise album drop could happen at any moment. For all we know, Mumford & Sons’ new album is just around the corner!