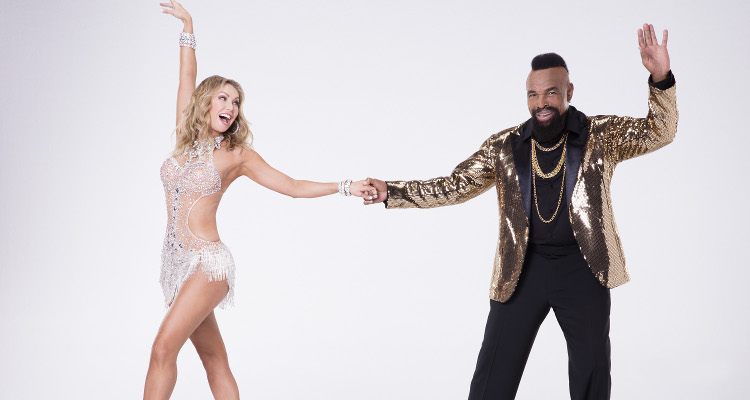 American actor and retired professional wrestler, Mr. T seems to be in good hands with his professional dance partner, Kym Herjavec, who has two Dancing with the Stars wins already under her belt. Here is everything you need to know about Mr. T’s Dancing with the Stars debut, as well as information his life and career in the entertainment business.

Mr. T is one of the 12 contestants on this season of Dancing with the Stars. With his comeback to television, fans want to know whether or not The A-Team star and former wrestler can work the dance floor as well as he works the wrestling ring. His partner, Kym Herjavec, has won the competition twice. Can she win a third time this season?

Lawrence Tureaud (a.k.a. Mr. T) was born on May 21, 1952, in Chicago, Illinois. He is the youngest of 12 kids, though there is little information on his parents, and even less on his mother. His father, a minister named Nathaniel Tureaud Sr., left the family when his youngest son was five, and the children had a tough time growing up in a three-room apartment with four girls, seven boys, and one single mother raising them. Tureaud attended Dunbar Vocational High School, where he played football, wrestled, and learned martial arts. He excelled in sports and had a football scholarship to Prairie View A&M University. After enrolling at A&M for his bachelors in mathematics, Tureaud was expelled from the university.

When one legend meets another! 😍😎 It wouldn't be #SundayFunday without these two. #DWTS

In 1976, Tureaud decided to join the United States Army in the Military Police Corps. During his training, Tureaud was punished by his platoon sergeant, and ordered to chop down trees at the camp in Fort McCoy in Wisconsin. As he was not given an amount, Tureaud chopped down over 70 trees in under four hours, before a major superseded the orders given by the sergeant.

The punishment seemed to have stuck with Tureaud many years later, as he moved to a wealthy community in Lake Forest, IL. Because of allergies, Tureaud cut down over 100 oak trees surrounding his English Tudor estate. Though no law prevented him from doing so, his actions angered a lot of the residences in Lake Forest, who considered it an unwritten rule to protect the existing trees. Lawrence Tureaud’s actions resulted in locals referring to the incident as “The Lake Forest Chain Saw Massacre.”

Forever our A Team! If #TeamDancinFools put a smile on your face, comment 👊🏽 #DWTS

Lawrence Tureaud became Mr. T long before he was famous. In the ’70s, he had shaved his head into a mohawk after an African Mandikan warrior in an issue of National Geographic. He began wearing gold chains and referring to himself as Mr. T, in order to gain respect from customers at the nightclub he was a bouncer at. Mr. T’s career in the entertainment industry started with the 1982 film, Penitentiary II. He has since worked in several movies and TV shows, including Rocky III, Mister T, Alvin and the Chipmunks, The A-Team, T and T, Not Another Teen Movie, I Pity the Fool and Cloudy with a Chance of Meatballs.

The 64-year-old actor’s net worth is estimated to be $1.5 million. Part of his earnings came from his acting roles, as well as endorsements and merchandise sales. During an interview, Mr. T spoke about being a bodyguard for celebrities like Mohammed Ali and Michael Jackson, “They thought enough of me that I could protect them, and that was serious business. That’s where my tough attitude comes from — when I was a body guard, I gotta look mean, I don’t talk to nobody. The meanness and toughness is there. I enjoyed putting my life on the line.” 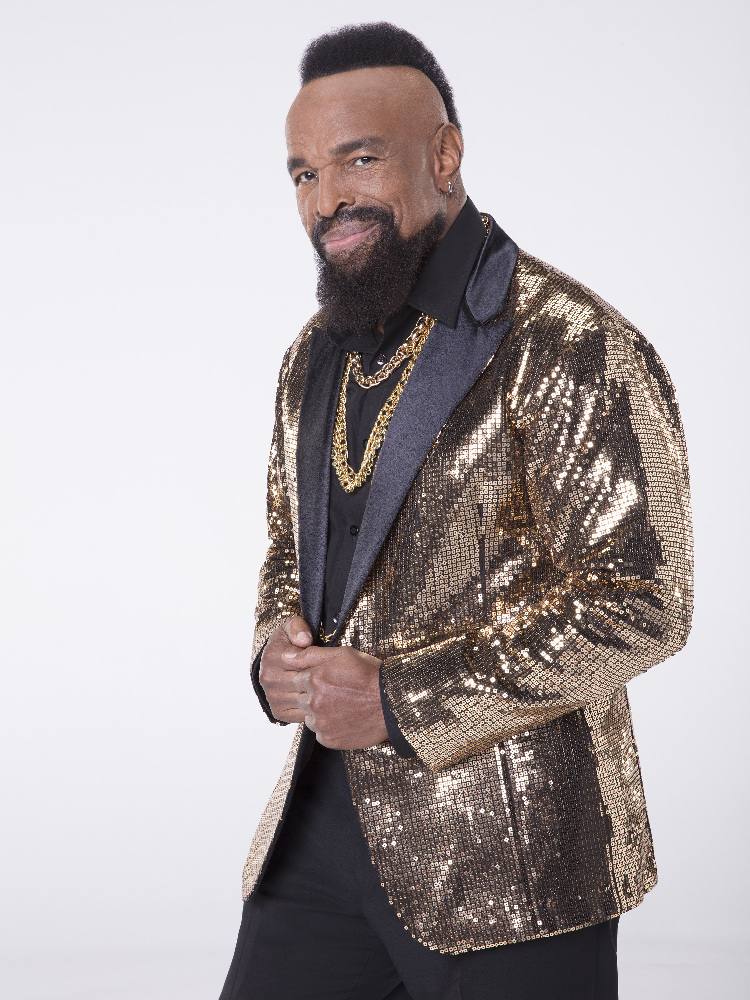 Mr. T is partnered with professional dancer, Kym Herjavec on Dancing with the Stars. After his first performance on Monday night (March 20), the actor already won over many fans. With a power-packed cha-cha, we cannot wait to see how far Mr. T and Kym Herjavec make it this season!