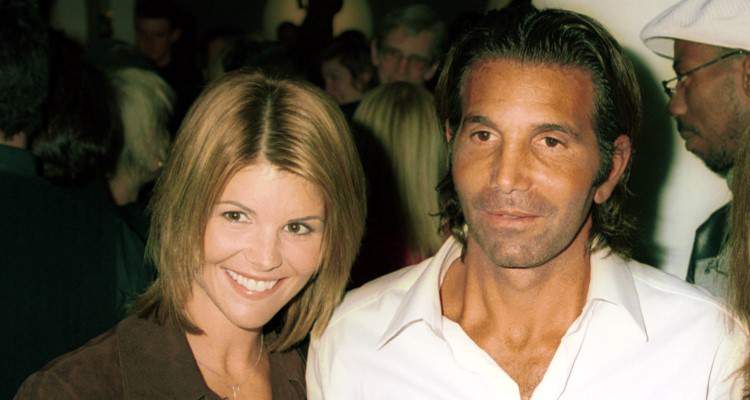 Who Is Lori Loughlin’s Husband?

Mossimo Giannulli was born in Southern California on June 4, 1963. He is an American-Italian fashion designer and is the mogul behind the Irvine clothing brand, Mossimo, with an estimated net worth of $80.0 million!

Mossimo is most famous for his multi-million dollar fashion empire that he founded in 1986, when he was allegedly a “fake” student at USC. You may have seen the brand on the clothing racks of Walmart and Target, but as as of 2017, the brand is no longer available on Target.

Its unclear when and how the actress met the designer. The couple reportedly eloped during Thanksgiving on November 27, 1997 and got married.

“Somehow we started talking about my elopement and I said, ‘Yeah, we got up on Thanksgiving morning’… We had Moss’ best friend and a minister meet us, and we got married at sunrise and then we went to Thanksgiving dinner and we told everybody,” Loughlin recalled in a 2018 interview.

However, the couple mistakenly had November 25, 1997 on their marriage certificate and had been unknowingly celebrating their wedding anniversary two days early for 20 years.

It was the second marriage for both of them. Mossimo’s previous wife is unknown. Lori was previously married to investment banker Michael R. Burns from 1989 to 1996.

Mossimo Giannulli and Lori Loughlin Have Two Kids Together

Mossimo also has a son from a previous relationship, 26-year-old Gianni Giannulli. Mossimo lives with his family in Bel Air, California.

In 2017, Olivia was involved in a collision while filming a video for her vlog. She took footage before, during, and after the accident, which many took to her social media pages to voice their concerns about vloggers filming while driving and how unsafe it truly is.

Olivia responded in agreement with them and vowed to never do it again. “I am so lucky that I am okay and that the other people in the crash are okay too. It is so scary being in the world and it really put things into perspective for me,” she wrote. “I don’t know if the man who hit me was texting or just purely wasn’t paying attention, but please always always look at the road when you’re driving. I promise to never vlog, text, etc. when I drive again because not only could you injure yourself, but you could hurt or kill another person[sic].”

On March 12, 2019, federal prosecutors cracked the whip on a nationwide college entrance cheating scam in Operation: Varsity Blues. The scam run by a William Rick Singer allegedly accepted bribes to secure admissions for children of wealthy parents, often by cheating in entrance tests or faking students as athletic recruits.

Besides Desperate Housewives actress, Felicity Huffman, Lori Loughlin and Mossimo Giannuli are among the parents involved in the case.

According to the documents from the Department of Justice, Loughlin and Giannuli paid $500,000 in bribes to Singer’s fake charity to get their daughters, Olivia and Isabella into USC. They also said their daughters were rowing team recruits even though neither play the sport.

Giannuli also reportedly sent Singer an email thanking him for getting his daughter into USC. Interestingly, Olivia recently said that her father “faked his way” through USC.

“He, like, faked his way through it and then he started his whole business with tuition money that his parents thought [was] going to college,” Olivia said.

The couple were charged with mail fraud and their bail was set at $1.0 million each. Giannuli reportedly put the family house up as collateral to pay the $1.0 million bail. Loughlin is also reportedly out on bail and allowed to travel overseas for a prior filming commitment. Both are set to appear in court and haven’t entered a plea deal yet.

The universities at the center of the scandal have not been accused of any wrongdoing either. Their daughters have not been charged and are attending classes at USC, but that might not be for long. USC, like other universities involved, are internally investigating the matter. USC is reportedly looking into canceling the admissions of students who joined the college through the scam.