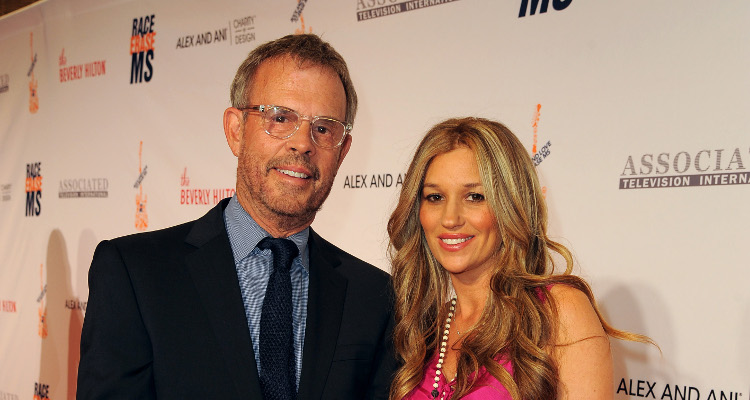 Second Wives Club is the new reality series by E! that follows the lives of a sisterhood of women, whose husbands all have ex-wives. Morisa Surrey is one of the stars of Second Wives Club and we’ve got all the details you need to know about her, right here.

When Second Wives Club premiered, we were talking about Bella and Gigi Hadid’s stepmom, Shiva Safai. But now that we’re hooked on the new reality show, the entire cast has peaked our interest. The show follows the personal and professional lives of ladies who are married to wealthy, previously divorced men. They have to navigate through ex-wives, stepchildren, and their relationships. We recently met Morisa Surrey, Second Wives Club’s underrated young wife. Find out more about this up and coming reality star in our Morisa Surrey wiki.

For a reality TV celebrity, Morisa Surrey keeps her personal life surprisingly private. There are no details about her early life and what she does outside of the show. We know that she was born Morisa Taylor Kaplan, and her E! bio calls her a wife and mother.

“Blonde, bubbly, and irrepressible, she is learning that thinking before you speak is not just a motto, but a rule to live by,” Surrey’s bio says. We’re guessing that’s how she keeps details of her personal life away from the public eye! Nevertheless, we’ll learn more about her as the show progresses.

Morisa is married to Mark Surrey who is 26 years older than her. Neither of their ages have been revealed. Mark Surrey is a well known reproductive surgeon and fertility specialist. He is the medical director of Southern California Reproductive Center, which he co-founded. Surrey is also a clinical professor in the Department of Obstetrics and Gynecology at the David Geffen School of Medicine at UCLA.

Surrey appears on Second Wives Club with his wife, but this is not his first time on TV. He was previously featured on ABC, CBS, NBC, CNN, and Fox to discuss topics related to fertility. He also appeared on Keeping up with the Kardashians as Khloe’s doctor.

There’s no word about whether Mark has any children from his previous marriage, but he and Morisa have a son together. The couple were able to start their own family through IVF.

Judging from her Instagram photos, Morisa does a little modeling every now and then. She was recently featured in a pregnancy-themed photoshoot. She once posted an old interview on her Instagram and, from that, we discovered that she used to be an actress and dabbles in the real estate business, too.

She played minor roles in some popular movies like Not Another Teen Movie, The Animal, and Ground Bloom Flower.