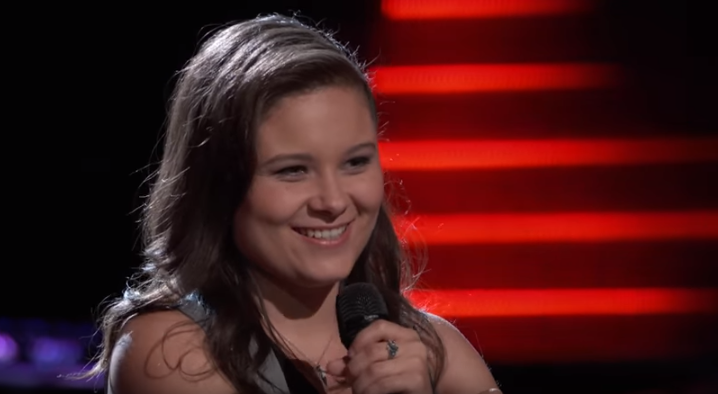 Who is Moriah Formica?

Moriah Formica’s age is 17 (her birthday just passed). She’s from Latham, New York and is a student at Shaker High School. According to her NBC profile, Mariah was raised on rock music and her father played ’80s metal around the house growing up. It’s what led her to playing guitar, which she taught herself how to do! At the tender age of nine, her first performance was at a graduation party, which surprised her family.

Not much is known about Moriah’s family, except that she has supportive parents and her brother, Gabriel. According to Times Union, it was Moriah’s brother who told Moriah’s 5th grade Latham Ridge Elementary School teacher that she could play guitar. She was described as the quiet, shy girl in the back, until one day her brother volunteered her to play “Eye of the Tiger” on the guitar. She was embarrassed but once she started, she enjoyed herself.

She Joined a Music Program

At age 11, Moriah joined the Modern Day Music Program, a musical school that lets kids play music and join bands. Thanks to the program, she met Michael Sweet, the lead singer of ’80s metal band, Stryper. She not only opened for one of his shows but she also had the opportunity to sing on his recent album.

While she may not have a boyfriend, she does have a best friend! It can be lonely on the way to the top, so it’s good that Moriah has someone she can rely on and have fun with.

“This is my absolute best friend. I love you so much Ilianna and I am so proud of you. You always bring out the best in me and we ALWAYS have the best time when we’re together even if we laugh at the dumbest things I am so unbelievably thankful for you. Our connection is so craaazy in the best way. I love you so much. WELCOME TO TEAM MILEY [sic]”

This is my absolute best friend. I love you so much Ilianna and I am so proud of you. You always bring out the best in me and we ALWAYS have the best time when we're together even if we laugh at the dumbest things? I am so unbelievably thankful for you. Our connection is so craaazy in the best way. I love you so much. WELCOME TO TEAM MILEY @iliannaviramontes @nbcthevoice #teammiley #thevoice

If you’re a fan and want to follow Moriah’s journey or show her some support, then her Instagram account is the best option. She has over 5,000 followers right now but that number might increase, now that she’s doing better on The Voice every week.

Moriah is currently on Team Miley and she’s ready for the Playoffs this week. She has a voice that has been compared to Pat Benatar and couldn’t believe how much faith Miley had in her, saying, “Well, this is gonna be a cliché answer,” she said, “but the whole thing is kind of surreal. And it’s just an incredible feeling, to be honest – just the fact that Miley believed in me enough to put me through, and be able to continue, is a humbling and amazing feeling. I couldn’t be happier.”

On November 24, Moriah is scheduled to sing for her hometown fans at Jupiter Hall, Crossgates Mall, Guilderland.

Watch new episodes of The Voice air on Mondays and Tuesdays at 8:00 p.m. EST on NBC!