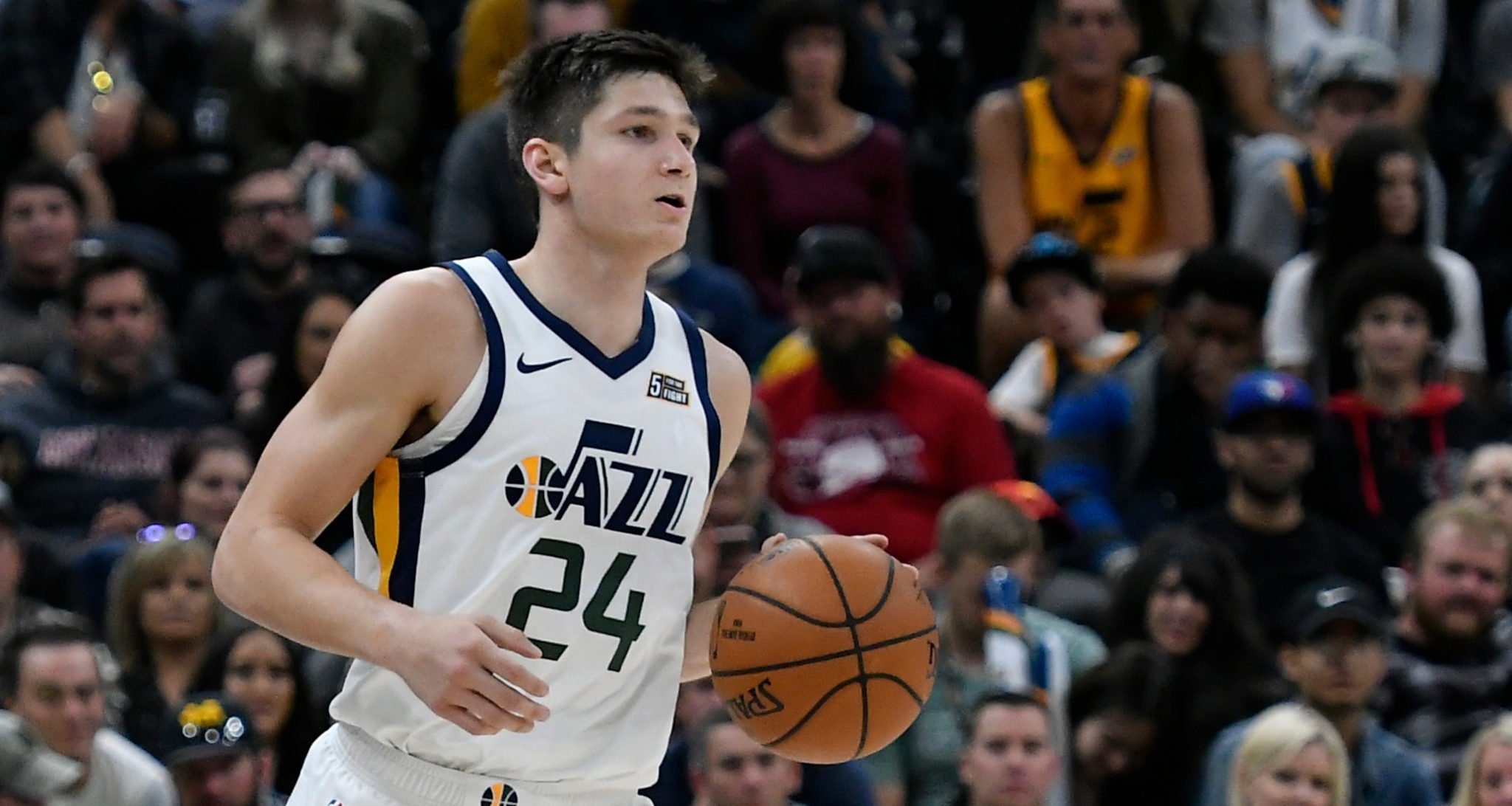 SALT LAKE CITY, UT - OCTOBER 05: Grayson Allen #24 of the Utah Jazz brings the ball up court in a preseason NBA game against the Adelaide 36ers at Vivint Smart Home Arena on October 5, 2018 in Salt Lake City, Utah. NOTE TO USER: User expressly acknowledges and agrees that, by downloading and or using this photograph, User is consenting to the terms and conditions of the Getty Images License Agreement. (Photo by Gene Sweeney Jr./Getty Images)

Even before he made his NBA debut, Utah Jazz rookie Grayson Allen was a polarizing figure. While we can’t decide whether to love or hate him, there sure is a lot of love for Grayson Allen’s girlfriend. Morgan Reid is an amazing athlete, our #fitnessgoals, and a beauty to be reckoned with. The general consensus is that Allen struck gold with Reid. If you’re living under a rock and your Instagram feeds aren’t blessed with Reid’s radiance, our Morgan Reid wiki will do the trick.

She Comes from an Athletic Family

Morgan Nicole Reid was born on June 13, 1995 and is 23 years old. Hailing from Cleveland, Ohio, she’s one of five children born to Brian and Cheryl Reid. The family appears to be now based in Cary, North Carolina.

Morgan has gained attention as a soccer player and for her athletic body, something that appears to run in the Reid clan.

Her grandfather, George Reid; her father, Brian Reid; and uncles, John, Tom, and Warren Reid, were wrestlers back in the day. George is a celebrated wrestling coach and was head coach of the University of Georgia wrestling team.

All about the fam 💙

Morgan’s parents attended Ohio State, where her father was on the wrestling team and her mother played basketball. She has another uncle, Jamie Perozek, who played collegiate basketball.

Morgan’s brother Justin is a basketball player at Hampden-Sydney College in Virginia. Her brothers Jake and Jason appear to be a basketball players, too. Morgan’s sister, Madison, also plays soccer and it looks like she will be playing for the University of North Carolina Tar Heels.

She Plays Soccer for the North Carolina Courage

If you’ve been following Morgan Reid for a while, you’d know she’s one of the rising stars of soccer. Playing in the defender position, she has been one of the top ranked female soccer players in the country since she played at Cardinal Gibbons High School in Raleigh.

She ranked as the No. 1 player in the South Atlantic Region, and was named the 2014 NCSCA Player of the Year and Gatorade Player of the Year for the state of North Carolina. She also played basketball in high school and is a two-time MVP. At the regional level, she played for the USYS Region III squad.

Reid graduated from Duke University in 2018 with a degree in evolutionary anthropology. Grayson Allen also played basketball at Duke and they have been dating since college.

Reid was an impenetrable defense on the Blue Devils team. In a game during her senior year, she held the opponents shotless—a first for Duke in more than a decade.

When you’re ready to play again, and realize the season is still 4 months away 😧🙇🏽‍♀️

Given her impressive game, it’s no surprise that Reid would play professional soccer. She trained with the U-20 women’s national team and competed with the U-17 U.S. World Cup team.

In 2018, she was picked by the North Carolina Courage in the NWSL College Draft. Her fans are now eagerly waiting to see her NWSL debut.

She Wants to Be Known for Her Soccer Skills

Before she made headlines as Grayson Allen’s girlfriend and for her game, Reid went viral on social media for a different reason. You need only a glance at her Instagram to see that she looks stunning.

Pictures of her on vacation and while training had everyone swooning, with her toned abs and incredible muscle definition. And for a while, that was all she was being noticed for.

My forever partner in crime, even though she’s about to be a Tar Heel 🙄😘

In a candid piece for the Player’s Tribune, Reid highlighted the unwelcome attention a lot of female athletes get. Despite an incredible run during her senior year, Reid had her fears about the NWSL draft. She was nervous that the unwanted attention on her appearance would overshadow her soccer skills for recruiters to take notice.

As a premed student, she had seen her fair share of cadavers while studying the human anatomy. But after her pictures became a hot topic on social media, she felt like her body was the one under unwanted scrutiny. She also had to ask a website to take down her photos.

With the attention, also came the body-shaming. Trolls dubbed her “T-Rex” owing to her thick legs and short arms, even coming to her games and heckling her with shouts of the hurtful moniker.

With the support of her friends and fellow female athletes, Reid was able to turn the jeering into a motivation. With her growing Instagram popularity, over 270K followers strong, she now hopes to be a positive role model for other women.

Since getting drafted by the North Carolina Courage, Reid feels her hard work and talent has gotten the recognition it deserves.

Trolls can take a hike! Morgan Reid is the ultimate fitness inspiration and incredibly talented, and we can’t wait to see her play.