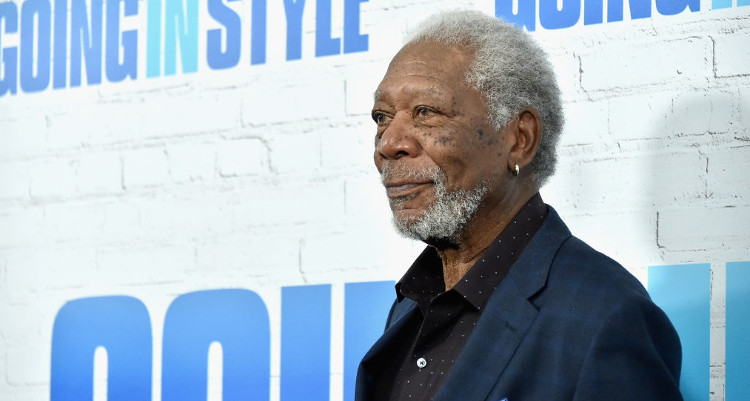 After enthralling us with gripping thrillers in 2016, Morgan Freeman is set to bring us laughter in 2017. His upcoming movies bring some of the best actors, including himself, together. Here’s what to look forward to from Morgan Freeman in 2017.

You can expect three things from Morgan Freeman’s movies in 2017: comedy, Oscar-level performances, and lots of emotion. The illustrious actor has a lineup of must-watch movies for 2017. He stole the show in 2016’s London has Fallen, Now You See Me 2, and Ben Hur from the protagonists. But this year, he might have a tough time, because his costars are spectacular show-stealers, too. Here’s what new movies starring Morgan Freeman are coming this year.

Freeman stars with Michael Caine and Alan Arkin in the comedy drama, Going in Style. The film, a remake of the 1979 heist comedy, released on April 7, 2017. It features three old men who decide to rob a bank, with a sub-plot of their individual home lives and Arkin’s character being hit on by a woman (played by the timeless, Ann-Margret) which makes for some great comedy.

The synopsis reads, “Lifelong buddies Willie (Morgan Freeman), Joe (Michael Caine) and Albert (Alan Arkin) decide to buck retirement and step off the straight-and-narrow when their pension funds become a corporate casualty. Desperate to pay the bills and come through for their loved ones, the three men risk it all by embarking on a daring adventure to knock off the very bank that absconded with their money.

The movie already surpassed its $25.0 million production budget grossing $35.0 million at the box office. It even got some pretty great reviews making Going in Style a must-watch.

Also Read: Luke Evans New Movies 2017: What’s Next After “Beauty and the Beast?”

At 79 years young, Morgan Freeman is ready to give young Hollywood a run for their money with the new action-packed comedy flick, Villa Capri. And, as if one acting powerhouse wasn’t enough, he’ll be joined by Tommy Lee Jones! Jones plays a retired FBI agent, and Freeman is a former lawyer for the mob. The two men share a petty rivalry, which has to be put aside when they land in witness protection to fend off a mob hit.

Rene Russo from Thor also joins Freeman and Jones, though her role is not specified. Filming wrapped up last year, and Broad Green Pictures and Entertainment One have set the release date for the August 2017 Labor Day Weekend.

The Bruce Almighty actor filmed The Nutcracker and the Four Realms, the live-action adaptation of The Nutcracker classic. He’s joined by Mackenzie Foy (who played Renesmee Cullen in The Twilight Saga: Breaking Dawn Part 2), Helen Mirren, and Keira Knightly. The movie is currently in post-production, but the initial release date hasn’t been set.

Morgan Freeman and his business partner, Lori McCreary, are also producing a compelling show. Their production company, Revelations Entertainment (which gifted the world with Madam Secretary), is set to produce a multi-part limited series on the life of Rodney King.

For the young folks who aren’t aware, Rodney King was an African-American taxi driver. He became famous after being beaten by cops following a high-speed car chase in 1991. Despite being a victim of police brutality, he advocated that we needed to “all get along.” He became a symbol of bridging the gap between the police and the African-American community.

King’s family is working with the with the producers to create a show that will explore the taxi driver’s early life, his civil trial, and his life as a reluctant civil rights figure. The show is being pitched to networks and is looking at a 2018 release.