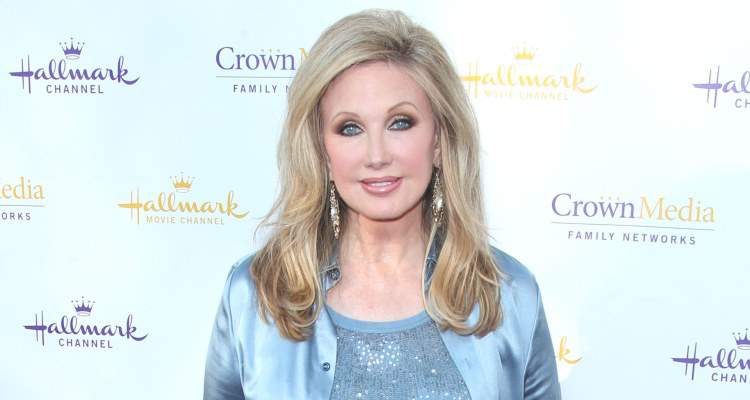 Throughout the ’70s, ’80s, and well into the ’90s, the name Morgan Fairchild was synonymous with sexy, sophisticated, and affluent. So, where is Morgan Fairchild now and how is she keeping herself busy outside of the spotlight? Keep reading our Morgan Fairchild wiki to find out what the actress has been up to lately and whether she’s remained active in Hollywood since her golden years!

For over five decades, Morgan Fairchild, whose birth name is Patsy Ann McClenny, has maintained a strong, illustrious, and enviable career. Considering her first experience working on a film set was in 1967 at the age of 17 (when she appeared in Bonnie and Clyde as Faye Dunaway’s body double during the getaway scenes), it’s clear to see that she’s come a very long way as an actress.

Morgan Fairchild has always remained a prolific household name due to the fact that she managed to take on memorable television and film roles throughout her long-standing career. What’s the secret to achieving such high levels of success and longevity in an industry that’s quick to cast aside those who stray from the fold? According to Fairchild, authenticity and self-love are key, no matter which forms they might take.

The Morgan Fairchild of today continues to enjoy a happy, successful, and interesting career as a Hollywood actress in addition to all of the other real-life roles she’s taken on, including being a philanthropist and AIDS research advocate.

Morgan Fairchild may not have necessarily instigated the onscreen persona of a glamorous, smouldering, conniving, and wealthy sex symbol, but she certainly perfected it! Unlike most actors of her era, she never shied away from being typecast in the roles for which she became famous. Instead, she embraced it and was just grateful to be able to work and make a living as a successful actress. She’s also been very open and honest about the fact that she’s had plastic surgery and isn’t afraid to talk about it when prompted in interviews.

During her 2014 segment on OWN’s Where Are They Now?, Fairchild gave the following piece of advice regarding maintaining a long-lasting career in Hollywood: “I think the key to longevity in this business is being willing to try new things, not to get locked into your image of yourself and not willing to move with the times.”

When asked about her looks and the plastic surgery procedures she’s had done, Fairchild had this to say: “It’s interesting ‘cuz people always think…the way you look opens doors, but, I mean, a lot of doors got closed for me the way I look…I think good plastic surgery is great…In this day and age because everybody’s living longer, none of us want to look decrepit.”

There’s definitely no argument there!

At age 67, Morgan Fairchild is a huge proponent of plastic surgery and she’s certainly had her fair share of work done over the years. It’s hard to believe that she’s turning 68 on February 3rd! However, unlike a lot of her peers, she’s managed to make more subtle alterations to her appearance that still make her look like herself, rather than some plasticized rendition of her former self! For a good frame of reference, check out these photos of a young Morgan Fairchild alongside her most recent pictures!

A verified sex symbol of the 1970s and 1980s, here’s a risqué picture of Morgan seductively holding a glass of champagne on silk sheets.

Fast forward more than two decade later and she still looks like she hasn’t aged a day! Here she is in 2004 in attendance at Ronald Regan’s funeral. 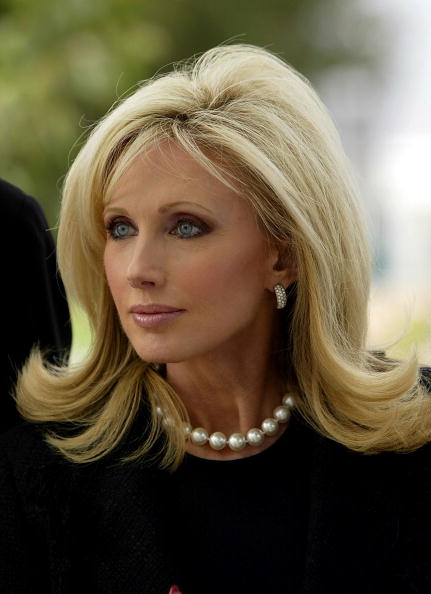 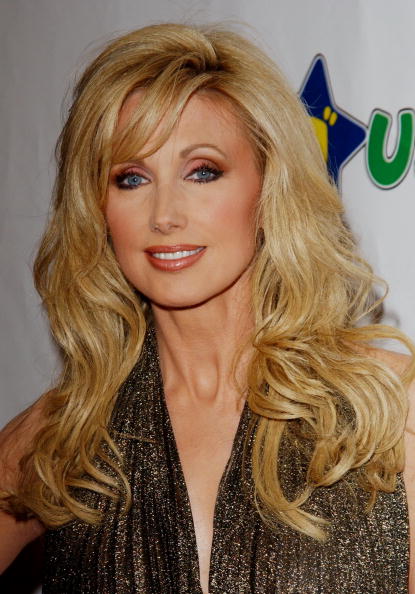 Here she is in 2000 looking like a vision in white! We really are starting to believe this woman doesn’t age—either that or we seriously need the number of her plastic surgeon! 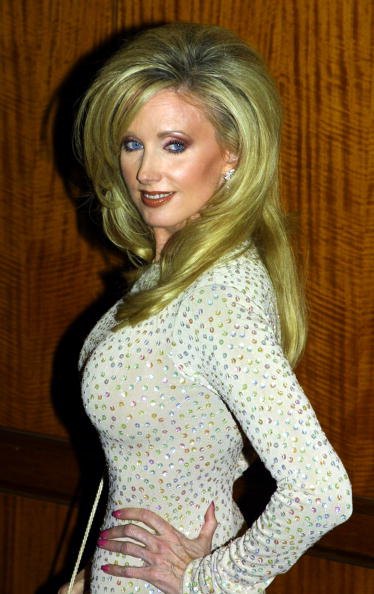 Even though Morgan Fairchild’s Instagram doesn’t exist, she can still be found in the hashtags of other accounts. Put it this way, it’s not hard to come by Morgan Fairchild’s hot pics—clearly, the woman never went out of style! If her Twitter account is any indication, her combination of beauty and brains is been largely unparalleled in Hollywood.