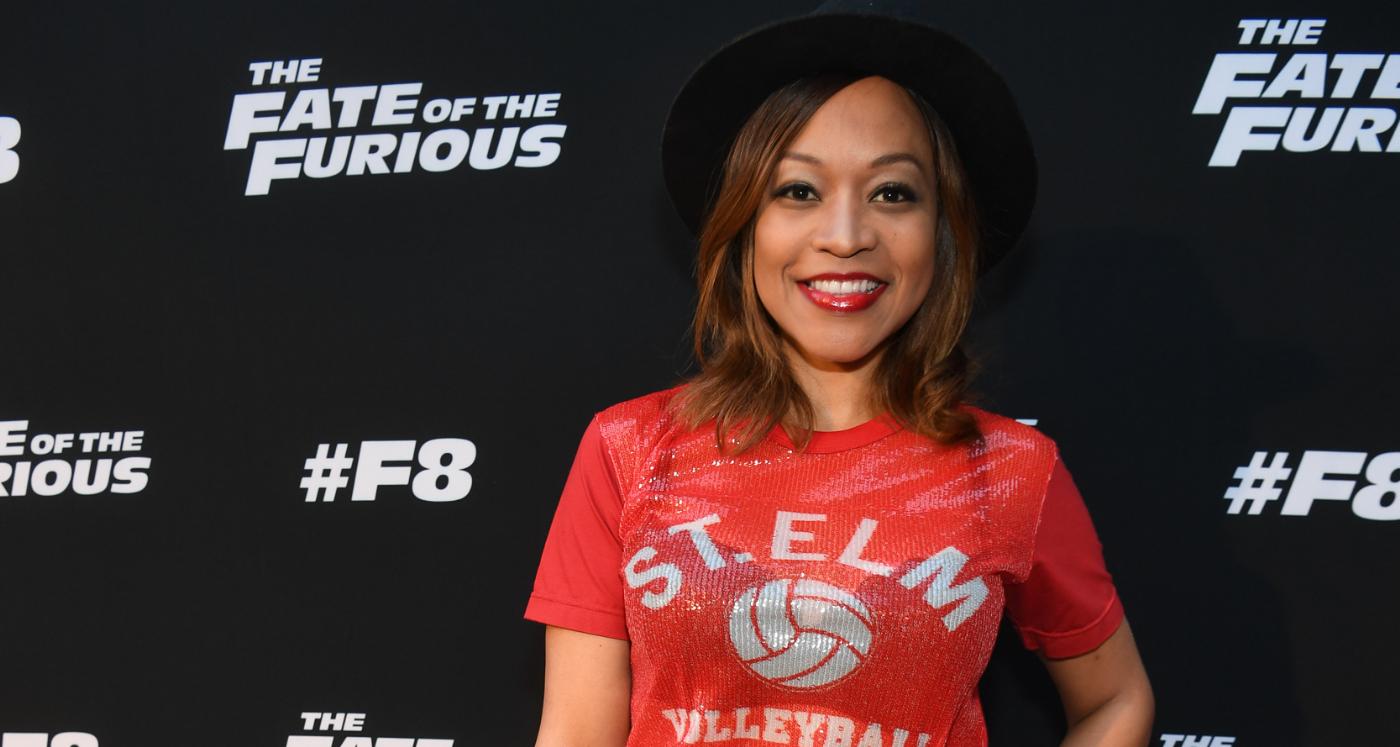 Ever since Ne-Yo, his wife Crystal Renay, and his ex Monyetta Shaw appeared on a recent episode of The Real daytime show, fans have been searching for details on the trio’s relationship. Was Monyetta Shaw still with Ne-Yo when he began dating Renay? This wiki reveals more about Shaw and the new man in her life!

Monyetta Shaw was once engaged to Ne-Yo and the couple shares two children. They began dating in 2009 after reportedly meeting at a Jamie Foxx concert. The duo was in a relationship for four years, after which things got complicated when Monyetta had her tubes tied while Ne-Yo apparently turned on his word to get a vasectomy done. Ne-Yo and Monyetta have come to terms with the way their relationship is now, and are more than happy to raise their kids as a blended family.

Thanks so much @therealdaytime For having us today!! This was a HUGE moment for our family & a even bigger moment for other co-parents & blended families across the world! Love! Growth! Maturity! Unity! Synergy! Let us ALL be the example that we want to see in our children! ??❤️ I am so humbled that by telling my story I have the opportunity to help other families see the importance of the bigger picture. Our kids! Let’s continue to raise healthy, happy children! #keepitclassybook #MonyettaShaw Love you guys @neyo @itscrystalsmith @madiandmaso @theesmithboys #spreadlove #positive #coparenting #blendedfamily #therealtalkshow

Who Is Monyetta Shaw?

Monyetta Shaw, age 38, was born on May 31, 1980. She was born and raised in Shreveport, Louisiana. She has two older brothers and her parents have been married for 46 years.

She attended Louisiana Tech University and graduated with a Bachelor of Science Degree in Psychology. Monyetta became a member of the Alpha Kappa Alpha sorority while she was in college.

She is also the CEO of The Evan Grace Group, along with being a reality star, author, and TV personality.

Monyetta has stayed calm and “classy” throughout the turmoils of her relationship with her ex and is very happy about raising her kids in a blended family today.

The Complex Love Story of Ne-Yo and Monyetta

In 2009, she and “One in a Million” singer Ne-Yo began dating, after he approached her first.

She was going through a breakup at the time, so she called him back a couple of weeks later and they fell in love.

“He asked me out several times before I said yes—and then I fell for him fast. He had such a good heart, and that’s what attracted me to him,” Monyetta said about how she met Ne-Yo, adding, “The next year, I found out I was pregnant. It wasn’t a complete surprise, as we weren’t using protection, and we knew instantly that this child was a gift from God.”

They share two children, Mason and Madilyn, who are seven and eight years old, respectively. The couple’s relationship was a hot topic in the media most of the time, which is what probably made the breakup very difficult.

She said in an interview that the relationship took a hit because he was a huge star and was away a lot, leaving her to deal with many things all by herself. There was also the major fact that Ne-Yo was not into monogamy.

He had discussed it with Monyetta in the past, which she completely understood, and she decided to indulge in the “live and let live” policy.

Monyetta and Ne-Yo, after having two children without much planning, then decided as a family to opt for permanent contraception. Following the discussion, Monyetta went ahead and had her tubes tied.

She later discovered that Ne-Yo had not gotten a vasectomy done on his part. Monyetta says that she was heartbroken and sad after the breakup, but the couple continued living in the same house because they were co-parenting.

Here’s a clip of Monyetta talking about her breakup with Ne-Yo:

The three adults and four children are living a happy life now, and their Instagram accounts are a testament to that.

Crystal seems to have bonded very well with Monyetta’s children, while Ne-Yo dedicates his time as a father to all his children equally.

Honestly these 2 faces………? All of the confirmation that I’ll ever need! (If they good….. I’m good) ??? The good news is, couples learn to set aside their differences every single day. We all do it for the same reason- because we love our kids and want them to feel secure, be healthy, and be happy. —Monyetta Shaw #keepitclassybook #blendedfamily #familyfirst #positive #coparenting #mycuprunnethover #happybirthdaymasonevan

HAPPY BIRTHDAY @neyo Wishing you more love, light, priceless moments and blessings!! Thanks for being Madi’s 1st love and Mason’s 1st super hero! ❤️You are such a blessing to many…especially your little ones. ALL LOVE! #happybirthdayneyo #familyfirst ???????♎️ cc: @madiandmaso

Monyetta is a kind-hearted woman who believes in giving back. It’s why she supports foundations like the League of Women Voters, the Beyond the Game Foundation, the Boys & Girls Clubs of America, and many more.

She dedicates her time and effort in helping people and is very hands-on with her aid. She visited Swaziland in Africa, where she accompanied Chanita Foster and the Beyond The Game Foundation, and handed out food and clean water to local people in need.

Also Read: Facts to Know about the “Hustle in Brooklyn” Star, Azia

Monyetta Shaw is the author of two books, titled Bigger Than Me (2016) and Keep It Classy (2018). The latter is all about how to deal with heartbreak and complicated relationships and provides tips and strategies to cope with difficult personal situations.

Bigger Than Me is a book that showcases how she’s made it through the tough times, and what her thoughts were when she was facing those times alone.

She basically penned these books after people began asking her how she stayed so clam during such situations.

And when she appeared as a cast member on Atlanta Exes, she was flooded with questions and pleas for help.

The book Bigger Than Me retails for $14.97 on Amazon, while Keep It Classy sells for $15.95. With an estimated net worth of $2.0 million, we’re sure Monyetta Shaw has something good planned with all the sales she makes through the books.

Does Monyetta Have a New Man in Her Life?

After fans saw how easily Ne-Yo seemed to move on to his currently happily married life, they grew concerned about Monyetta. Back in 2014, she said in an interview that while she was open to dating, she was still putting her children first.

But now, it looks like she has finally found the right guy. She spoke on MadameNoire’s In This Room  about dating someone currently, but wants to keep it under wraps until something concrete comes up.

She wants to keep it private for as long as possible, and can you really blame her for that? She’s had a very public relationship before, and it was very tough to deal with.

Also Read: Facts about Alexis Zall Who Is Playing Jackie on “The Goldbergs”