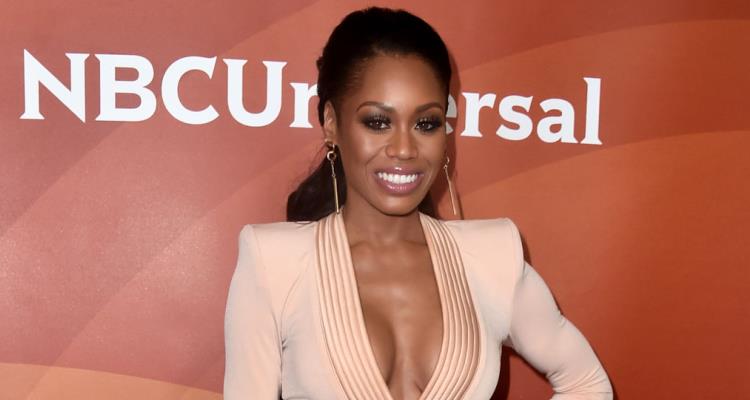 The second season of The Real Housewives of Potomac just wrapped up, and boy was this a dramatic season! The Real Housewives franchise is notorious for drama-filled reality television, but the The Real Housewives of Potomac cast took it to another level during their second season on air. A feud that got quite a bit of air time was the one between Monique Samuels and Gizelle Bryant. Viewers saw the two go back and forth about jealousy, money, and lifestyle throughout the season, and it’s clear that their feud is far from over. If you’ve followed their feud or RHOP at all, you may be wondering about Monique Samuels’ age, hubby, and other need to know facts since this was her first season as a Real Housewife. Fortunately, we’ve done the work and have all the juicy details for you—just keep on reading our Monique Samuels wiki!

Who is Monique Samuels?

This New Jersey native definitely made a splash during her first season on Bravo’s hit reality TV series. But who is she, and what’s her story? Monique Samuels’ husband is six-time pro football player, Chris Samuels. He played for the Washington Redskins for an entire decade, and was the third overall pick in the 2000 NFL draft—impressive, right? The pair was introduced by a mutual friend soon after Monique had made the move to the nation’s capital, but remained friends for a while before they started dating. In March 2012, they tied the knot and have been enjoying wedded bliss ever since. You’d think that being married to a pro-athlete, Monique would put her feet up and bask in her husband’s glory, but contrary to the TV show’s name, she’s anything but a housewife.

She’s Anything But a Desperate Housewife!

Monique is about to complete her business degree at the University of Alabama, which will come in handy when handling her partner’s many businesses, including: CRS Real Estate, Chris Samuels Enterprises, and the Chris Samuels Foundation. She also runs her own blog, “Not for Lazy Moms,” where she talks about natural remedies for parents and children. But that’s not all! Monique also manages her family’s four homes—yes, four homes. The Samuels family has a family home, a beach house, a country home, and a fourth home they rent to Redskins players! To say this ‘housewife’ has a lot on her plate is an understatement. With all her business ventures on the go, Monique Samuels’ net worth is currently valued at a cool $4.0 million.

In addition to managing all the businesses, Monique is also the mother of two—unbearably adorable, might we add—children. The oldest is four-year-old Christopher Samuels II, and then there’s their two-year-old baby girl Milani. Take a look at the mini-Samuels duo striking a pose!

Tune in tonight for another great episode of #RHOP only #bravotv and you'll finally get to see more of the 2 loves of my life ??? @iamchristopher2 @milani_modelmami thank you auntie @1charrisse for the #Burberry dress ??? #realhousewivesofpotomac #rhopkids photoshoot @regetis styled by @aneeshadubois

Monique Samuels leads an incredibly busy day-to-day life, but that doesn’t mean she neglects her self-care habits. This RHOP makes sure to visit the spa each week for her routine massage, facial, and waxing. To unwind from her entrepreneurial and motherly duties, she also has a flourishing social life—much of which we see showcased on the show. Frequently going to get-togethers held by her friends, Monique always makes sure to keep up appearances. However, she may have slipped up when attending fellow RHOP’s Karen Huger’s soiree. She received a ton of criticism after showing up in a traditional Indigenous headdress to Karen’s “African-Indian” themed anniversary party! While the majority of the cast showed up in full Bollywood glam, Monique donned a feathered headdress and fringed dress with fur detail. She proudly displayed her getup on Instagram. Check her out in all her Native glory below!

Swipe left- You don't want to miss this finale! Tapping into my inner native culture and embracing the American version of @officialkarenhuger 's anniversary party theme! The Samuels' American Indian and African American. Tune in this Sunday to see what this is all about! Glam by @karenbonita1 #RHOP #seasonfinale #culturalappreciation #realhousewivesofpotomac #ImBOSS #africanamerican #americanindian

If not for anything else, it raised awareness of the Native culture & for that I’m grateful. My apologies to those that were offended #rhop

You live and you learn, right? We expect Monique will be a little more conscious when wearing culturally sensitive costumes in the future! (Or at least have someone differentiate the two for her!)

The second season of RHOP isn’t officially over just yet—the first part of the drama filled reunion is set to air July 9 on Bravo at 8/7c. Tune in to get all (or, half) the tea to last you until next season!

Swipe Left- What a fun filled weekend! Spent Father's Day with my fam, slayed with my bestie, saw my godbabies, hung out with my fav brother, WWHL, full day of press and a first train ride for my babies! NYC you've been awesome! Glam by @makeup_machine @tajaly styled by @thestyleduo jewelry by @jennifermillerjewelry #wwhl #rhop #facebook #AOL #bravotv #vansevoortpark #nyc #amtrak