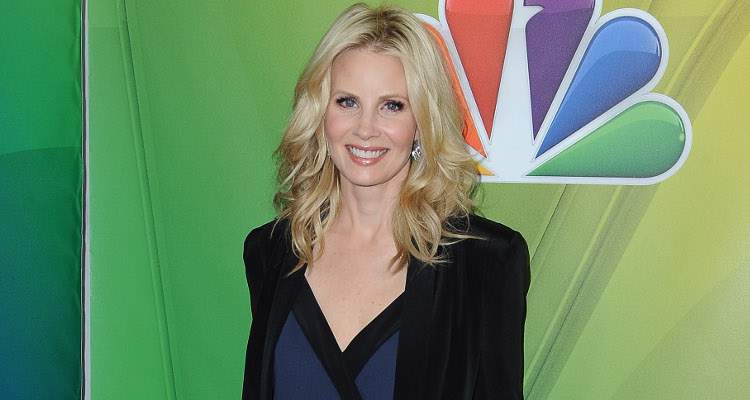 Monica Potter is a successful actress with a Golden Globe nomination and a net worth of $3.0 million. She’s stayed under the radar in Hollywood lately, though you may recognize her from old movies like Con Air and Patch Adams. But outside of acting, she’s the owner of a store that has been struggling to find it’s footing.

Monica Potter moved us more with her appearance on CNBC’s The Profit than she did with her performance on Parenthood! Her business has become a hot topic on social media since it was featured on Marcus Lemonis’ show. Who is Monica Potter? She’s better known as a talented actress but Lemonis showed us a different side to her on his show. Find out about her career and business, right here in our Monica Potter wiki.

#1. She Always Wanted to Act

Monica Gregg Brokaw was born to Nancy, a secretary employed at a hospital, and Paul, the inventor of the first flame-resistant car wax. She was born in Ohio but lived in Alabama with her three sisters for a few years during her childhood.

At a young age, Monica decided she wanted to be an actress. She set out on her aspirations in elementary school by performing at the Cleveland Play House. She contributed to the household working at a flower shop when she was 12.

In her teens, she worked at a sub shop while also modeling for local ads and commercials in newspaper and magazines. She moved to Chicago, where she appeared in several commercials. To get a start on her acting career, she moved to Los Angeles and has since been unstoppable.

Throwback Thursday, let me know what song from the 80's this picture makes you think of ?❤️

Soon after she moved to L.A., she booked acting gigs. She even appeared in country star, Alan Jackson’s music video for “Tall, Tall, Trees” in 1995. She made her debut on TV with The Young and The Restless, but her biggest acting credit at that time was starring alongside Nicholas Cage in the blockbuster, Con Air.

Her other big screen success was co-starring with the late Robin Williams in Patch Adams. Her other movies included Without Limits, the British comedy, Martha, Meet Frank, Daniel and Laurence, Freddie Prince Jr.’s Head Over Heels, and the Morgan Freeman-starrer, Along Came a Spider.

Potter had a brief stint on Boston Legal and TNT’s, Trust Me. She also appeared on the first Saw film. The horror flick experience might have come handy when she starred in The Last House on the Left in 2009.

According to her website, she came to L.A. to be an actress but she ended up with a lot more feathers in her hat. “I had no idea I would also become a producer, entrepreneur, funny woman, tear-jerker, host, designer, decorator, builder, creator, cook, homemaker, and my personal favorite—mom. ”

Potter’s breakthrough role came with NBC’s Parenthood, where she played Kristina Braverman, the mother of three kids, one of whom who has Asperger Syndrome. Her emotional run on the show (where she did everything from fighting cancer to running for mayor) was critically acclaimed. She was nominated for a Golden Globe and won several other awards.

She most recently appeared in CBS’ Wisdom of the Crowd, starring Jeremy Piven. But the show was canceled following sexual harassment claims against Piven. The 46-year-old’s future projects are not known but with her diverse credits, it is reported that she has earned a net worth estimated at $3.0 million.

Potter’s on-screen family life had us dabbing tissues on our eyes. But is her off-screen family just as dramatic? (Un)fortunately, she has a regular family just like us! She has two sons, Daniel and Liam with her first husband Tom Potter, with whom she was married to from 1990 to 1998.

In 2005, she married Daniel Allison, an orthopedic surgeon. Their daughter, Molly was born the same year. 12-year-old Molly is 15 years younger than her half-brother, Daniel and Liam is 10 years older than her. But the big age gaps between her kids tend to pose problems for Monica.

“What makes me sad is that I can’t get them all to see the same movie unless it’s something we can all relate to,” said Monica adding, “I’ll take Molly to see a movie that the boys are just not into at all. And she can’t watch certain things that they watch.”

As a parent, she describes herself as, “Overly worried, mindful, and a little bit ditsy.” Since becoming a parent, she has noted that “you automatically care less about yourself than you do about your child.” (As any parent can attest to!)

27 years old… Happy Birthday to my first born ?The time has flown so quickly, but you will always be my baby ? I love you, Danny

Potter launched an upscale home goods store called Monica Potter Home in her hometown of Cleveland. The business first started with skincare products and expanded to feature clothing, dishes, candles, and other home goods. Her mother and sisters help run the business. However, things are not going so well.

The actress invested $1.0 million in setting up the store, which she has lost, and the store is running up $100,000 a year in losses! Camping World CEO Marcus Lemonis went to Cleveland to salvage the failing business on The Profit. But the moment he walked through the doors, he figured out the problem.

According to Lemonis, Potter doesn’t trust her team and tends to micromanage the business. She’s also away in L.A. where she is based, which makes it hard for her employees to get in touch with her regarding any decision-making.

The store was at a risk of closing but had promising margins. So, Lemonis agreed to invest $100,000 provided the company’s leadership was restructured and Potter was not in charge. He wanted to help Monica trust her team more and help track the financials. However, just before Lemonis left Ohio to let Monica and her team work on rebuilding the business, Potter’s employee informed him that the actress won’t take the deal.

“Monica is very resistant to change. Every time we try to do something, whether it’s developing a new scent of candle, the product line, rebranding, … it becomes a very tedious process,” her employee told Lemonis. “Monica pulled the plug on it. I think she’s a self-sabotager.”

Lemonis deduced that the problem lies with Monica, who has an odd pattern; she “agrees to changes and then she backtracks from them.” Reportedly, the deal to save Monica Potter Home fell through and Lemonis left Ohio disappointed.

Thank you everyone. I love you all ♥️ . . . . . #happyholidays #monicapotter #monicapotterhome #thankyou #2018 #godbless #love #blessed #mphjourney