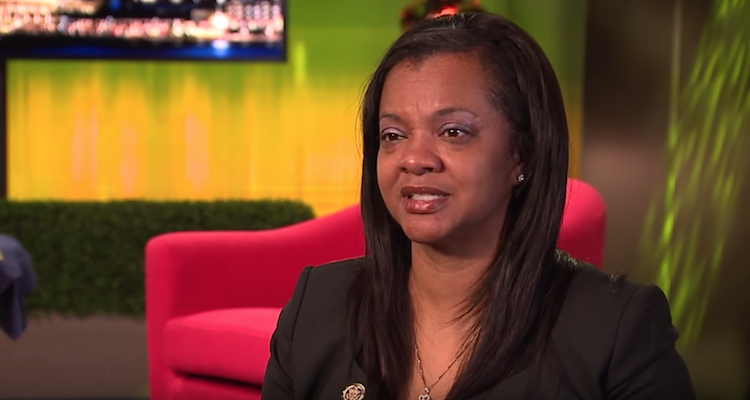 Congressman John Conyers is denying sexual harassment claims made by two government employees and with his name now being splashed across headlines, many are also searching for information on John Conyers’ wife. For more information on who she is, have a look at our Monica Conyers wiki.

Who is Monica Conyers?

Monica Conyers’ age is 53 and she was born in October 1964 in River Rouge, Michigan. She’s a former Detroit City Council member and a former weekend radio host. She worked as a photographer for John’s unsuccessful mayoral bid, and was also his intern in 1989, prior to getting married a year later. For Monica Conyers’ pics, you can go online and find a few.

She Filed for Divorce

The Detroit power couple got married in 1990, when Monica was 25 and her husband was 61. But like most marriages, there were ups and downs that ultimately led to Monica filing for divorce. But the filing didn’t actually lead to a split, and the two eventually renewed their vows last year.

“However this journey concludes, it’s going to be done in the most confidential manner. It could end in divorce. It could end in reconciliation,” Monica’s lawyer, Daniel Findling said at the time. “Clearly there’s something that motivated the filing of the divorce. We’ll see what happens.”

Their marriage suffered a few roadblocks, like in 2010 when they were dealing with Monica Conyers’ prison sentence of three years for bribery when she was in office. John continued his position as a Democratic representative and the two worked on their marriage.

Monica worked as a weekend radio host a 910AM Superstation but was fired for trying to book a downtown Chicago hotel for $750-a-night while trying to use her husband’s ID. It was considered an abuse of power and against company policy. While the company said they fired her, Monica said she quit.

“She has a lot on her plate right now. She’s working at the Wayne County Neighborhood Legal Services. She also manages rental properties,” Findling said of his client. “She’s doing everything she can to get her life moving forward. The time that she was spending on the radio took away from her making a living.”

John Conyers and Monica Conyers are parents to Carl and John III. At 21 years old, Carl was pronounced missing while attending University of Houston, in Texas. At the time she said, “This is not like him. If he was going to go somewhere and take a break, which he’s never ever done, he would call me. I’ve heard nothing from my son. Nothing period.”

Carl’s roommates were worried since his phone and wallet were still in the apartment at the time, and he didn’t go to work the following day. His girlfriend was also worried when she received a vague tweet to meet him at the university (where they were both students), but he never met with her. Monica flew out to search for her son, who was found safely but said he needed to eat and shower. The details of his absence are still left a mystery, but his family was relieved to have him back.

In this post-Harvey Weinstein era, there are many sexual misconduct claims being made, and now, they involve the longtime congressman. According to reports, the congressman allegedly sexually harassed two female employees, who wish to remain anonymous.

John has denied the claims saying, “I have long been and continue to be a fierce advocate for equality in the workplace and I fully support the rights of employees who believe they have been harassed or discriminated against to assert claims against their employers,” Conyers said. “[But] it is important to recognize that the mere making of an allegation does not mean it is true. The process must be fair to both the employee and the accused.”

An investigation is currently being conducted into the claims made against the congressman.