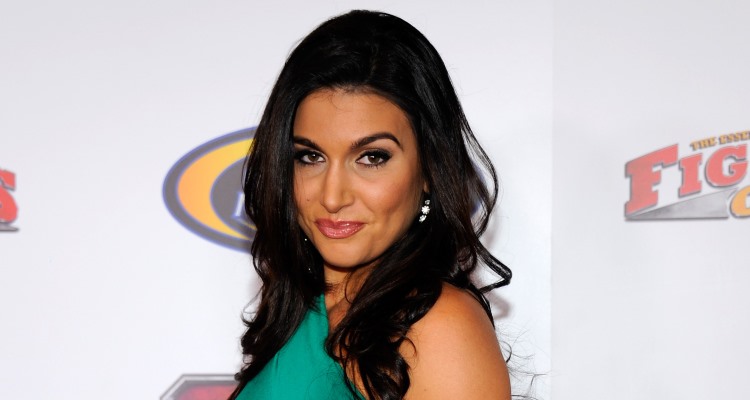 Is love in the air? Basketball fans want to know since Jalen Rose’s girlfriend (Oops, rumored girlfriend), Molly Qerim has become the center of attention. Why is she trending? Well, it may have something to do with Rose’s new comedy that just got brought back to life and his latest joke with Kobe Bryant. For more information, have a look at our Molly Qerim wiki.

Molly Qerim, 31, was raised in Cheshire, Connecticut and graduated from the University of Connecticut, with a Bachelor’s degree in communications, and a minor in business administration. She also received her Master’s degree in broadcast journalism from Quinnipiac University.

She started her career in the field working for ESPN in 2006 and later worked with ESPN digital media and ESPN Mobile, rejoining the company in July 2015.

On July 13, 2015, Qerim started her career on the network’s show, First Take. She conducts athlete and celebrity interviews, game coverage and debates. The show is live on weekday mornings from 10:00 a.m. to noon and her co-hosts are Max Kellerman and Stephen A. Smith. With the right amount of time and exposure, Molly Qerim’s net worth could end up being more than what she imagined! Right now, there’s no solid proof of what her net worth could possibly be.

Are She and Jalen Rose Dating?

Basketball analyst, Jalen Rose, 43, has been reported to be dating Molly Qerim, but the rumors haven’t been verified. ESPN usually has strict rules about co-workers dating, especially if the relationship ends in a bad break up. We can only imagine how much work that is for human resources! But we can see why people might be thinking that the two are more than just fellow employees. They have been seen on social media (a place where nothing is private) and fans have drawn their own conclusions on how close the alleged couple were sitting next to each other at a recent basketball game. Qerim’s career is very important to her and she’s gone on record before saying that she would stay single until she’s in the height of her career. Could First Take be the big leagues for her? If so, does that mean she’s given herself permission to put her focus on dating, now that her working life is in order? Specualtion is rife, but then again, they could just be good friends!

Jalen Rose Has a Child

Jalen has never been married, but he does have a daughter named Mariah Rose, with his ex-girlfriend Mauri Goens. Jalen was a professional basketball player for the Indiana Pacers and Mariah was born on July 14, 2000.

Never say never when it comes to Hollywood! Rose was set to star in a comedy based on himself, Jalen vs. Everybody, but it was cancelled by ESPN’s sister network, ABC. Now ESPN has decided to give the comedy series a second chance at life, and the pilot will air on Tuesday! The network teased the show on Monday with a clip of Rose having an awkward run-in with basketball legend, Kobe Bryant. In the clip The Black Mamba was venomous as ever and jokingly reminded Rose how he was on the wrong end of his 81-point game! Too soon?

While some are going through Molly Qerim’s Twitter page, others are looking for Molly Qerim’s hot pics. She has over 160k followers and her account is not a fake; we’ve confirmed the blue badge and all! She posts photos of her envious dream job, selfies and pics of Rose, of course. If she’s trying to hide her relationship, she’s not doing a very good job!