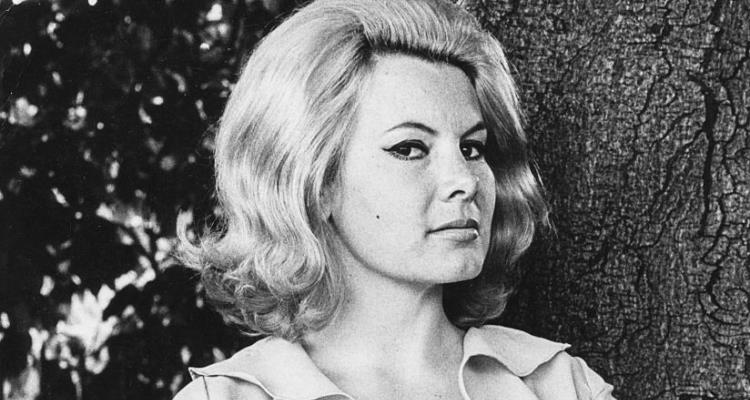 Former Bond girl, Molly Peters, died at the age of 75 according to the official James Bond Twitter account on Tuesday. She co-starred in Sean Connery‘s Bond film, Thunderball and now fans are asking about Molly Peters’ cause of death and what happened to her. To learn more about her, read our Molly Peters wiki.

Who was Molly Peters?

British actress, Molly Peters was born in Walsham-le-Willows, Suffolk, England and started her career in entertainment as a model. She was discovered by filmmaker Terence Young.

Peters’ film career wasn’t as lengthy as she would have liked, therefore there isn’t much on her. She was best known for playing the role of nurse Patricia Fearing in the 1965 James Bond film, Thunderball. Molly Peter’s nude scene with James Bond was controversial at the time for the British Board of Film Classification (BBFC), after being considered “too racy” for viewers. Patricia Fearing’s nude scene wasn’t all that nude in the end —thanks to a strategically placed bed sheet.

The board still had an issue with Molly Peters and Sean Connery’s scene, where the actress was wearing a nude dress while giving him a massage with a fur glove! She wasn’t in the film long, but it still gained her a lot of attention, which may have had something to do with the film’s overall success.

Sean: “If you can’t do it with one bullet, don’t do it at all…” #sir #seanconnery #scotland #jamesbond #007 #mi6 #restinpeace #classic #thunderball #terenceyoung #amazing #inspiration #beautyful #adventure #secretagent #mollypeters #massage #atraction #desire #mink

Despite the fame Peters gained from Thunderball, she didn’t have a lengthy career in Hollywood, due to what she later described was a result of a “falling-out” with her agent. Her acting credits included small TV and film roles such as Target for Killing and Das Experiment, and her last known acting role was in 1968’s Don’t Raise the Bridge, Lower the River.

Molly Peters’ pics and Molly Peters’ younger pics have been viewed on the Internet, since the news of her death was revealed. She certainly was a one-of-a-kind beauty!

… looking at you looking at me #mirrormirror#actress#bondgirl#mollypeters#bnwphotography#

Since she was no longer in the spotlight after her brief stint as a Bond girl, not much is known about Peters’ husband or her personal life, but she had a son who is now deceased. She then lived out her life in Ipswich, England.

Molly Peters’ Cause of Death

Peters’ death was announced on the official James Bond Twitter page, but her the cause of her death is currently unknown.

“We are sad to hear that Molly Peters has passed away at the age of 75. Our thoughts are with her family,” the account tweeted on Tuesday.

The news of her death comes on the heels of late actor Roger Moore, who died from a battle with cancer. He was 89 when he died and played the role of the charming English spy for seven films, before eventually retiring.

Our deepest sympathies to Molly Peters’ family, who will be in our thoughts during this tragic time.