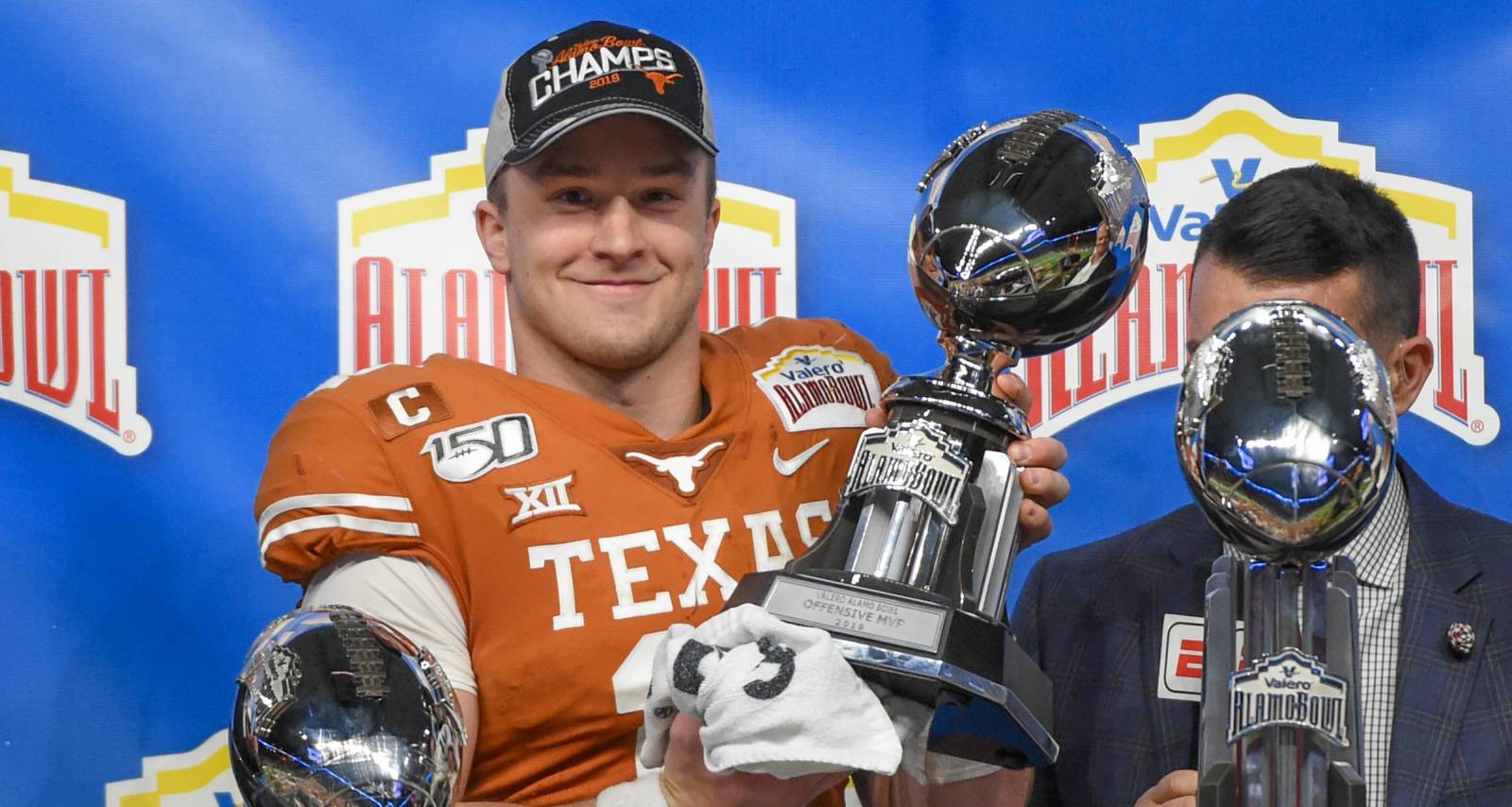 Sam Ehlinger (11) accepts the trophy for Offensive Player of the Game. (Photo by Ken Murray/Icon Sportswire)

When Texas Longhorns quarterback Sam Ehlinger is having a bad day, he turns to his family and girlfriend. Molly Parken has been a great cheerleader to her boyfriend, comforting him during losses and helping him as he recovers from injuries. While all eyes are on Ehlinger’s future career path, the spotlight is also on his girlfriend. This Molly Parken wiki reveals who is Sam Ehlinger’s girlfriend.

Molly Parken was born on March 26, 1997. The Texas native is one of three daughters born to Ted Parken and his wife.

Ted Parken is the former VP of Adobe. He was the general manager for the state of Texas from 2017 to 2019, and is currently a regional VP at Yext.

If the family’s last name and Molly’s resemblance to a certain YouTuber doesn’t clue you in, Molly is the sister of Megan Parken. They have one more sister, Mia Parken, and both of Megan’s sisters have a social media following of their own.

Megan Parken is a beauty guru known for her phenomenal makeup skills. She has over 735K subscribers on her YouTube channel where she has featured Molly and Mia, too.

Sam Ehlinger and Molly Parken are Austinites and studied together. After graduating from Westlake High School, Parken earned her bachelor’s degree in 2019.

Parken started 2020 with the online fashion boutique, Rank & Style. She is a full-time marketing associate at the brand and is based in Austin.

While she isn’t following the influencer route like her older sister, Molly has a social media following of her own to boast about. She has over 32.9K followers and growing on Instagram, where she is something of a style icon.

Sam Ehlinger and Molly Parken are alumni of Westlake High School. They attended UT in Austin together, too.
Molly is often spotted with Ehlinger’s family at the quarterback’s games. Football watchers are particularly in awe of this cute couple’s interactions before and after games.