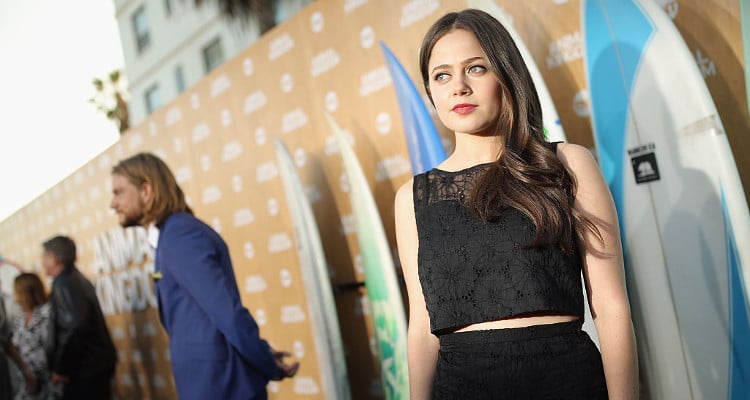 With her performance in the TV show Animal Kingdom, Molly Gordon has made a name for herself. It helps that her parents are veterans in showbiz. Still, she comes across as an earnest and diligent person who is constantly learning.

Molly Gordon is going places. She has been an important part of the Animal Kingdom cast which was produced by TNT. The show was based on the 2010 Australian crime film of the same name directed by David Michod. The film won many awards and even managed to have some Golden Globe and Oscar nominations. Animal Kingdom is about a family who lives a luxurious life of indulgence and excess but can only do so because they make their money through criminal activities, like robbing banks. Gordon plays Nicky, the rebellious girlfriend of protagonist Joshua “J” Cody. By joining the Animal Kingdom cast, Gordon became one of the many strong and rising stars that rounded out the show. Here are a few details from Molly Gordon’s wiki.

Showbiz Is in Her Genes

Born and raised in the United States, Molly Gordon’s age is 22, and her parents are professionals in the entertainment industry. Her mother, Jessie Nelson, is a movie producer and screenplay writer while her father, Bryan Gordon, is a TV and movie director. Molly Gordon’s parents encouraged her from childhood to express herself and follow her interests. Her first role in a film was in 2001’s I Am Sam. The film was directed by her mother, and Gordon was exposed to the arc lights at a very young age. She later acted in movies like Love the Coopers and Ithaca as well as the TV show Sin City Saints.

Gordon recently gained exposure with her role in the Netflix series Orange is the New Black. Though  Animal Kingdom is still her breakout role that opened doors for her career. She is already counting her lucky stars that she gets to act opposite one of her idols, Ellen Barkin, who plays Janine “Smurf” Cody, the tough and ruthless matriarch of the organized crime family. Gordon admires the older actress for her acting ability, range, and poise and looks up to her, and has been a big fan of Barkin, having see her perform on Broadway. She has gone on record saying that she gained tremendously from Barkin’s experience.

Despite being only 22, Molly Gordon is mature enough not to get carried away by the glamor and glitz of Hollywood. She tries to stay grounded and appreciates her environment so that she does not fall into the same trap as many young actors do. She feels grateful for her chance to work and socialize with stars like John Goodman, Diane Keaton, and Anthony Mackie. With a pair of supportive parents and her positive attitude towards work and life, there is no doubt that Gordon will go far in her career.