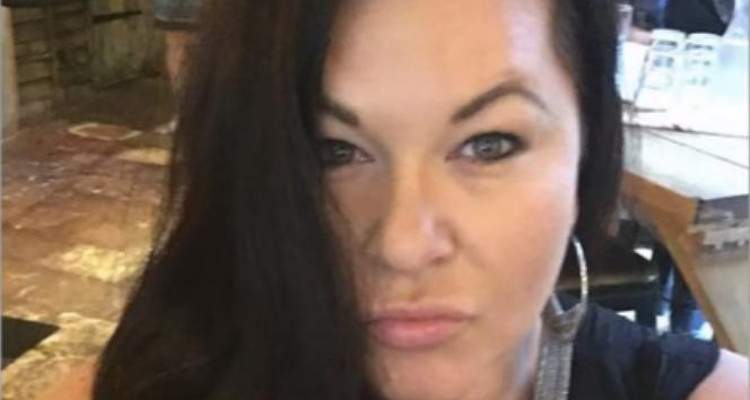 TLC’s 90 Day Fiancé started its new season, with new episodes on Sunday nights. Many are now turning their attention to Molly, the Southern belle who’s all set to marry her Dominican boyfriend, Luis. But with a bit of a sordid past, many are wondering what Molly from 90 Day Fiancé does for a living. Keep reading for details about this blushing, rushing bride!

90 Day Fiancé is in its fifth season and the show started with a ton of drama and excitement. In case you did not know, the show premiered on January 12, 2014, and follows the lives of couples who have three months to marry before their 90-day K-1 visas expire. This particular permit is available to American citizens’ foreign fiancés.

After the visa process is done, the foreign fiancé travels to the United States to live with their prospective spouse. On the show, the couples are supposed to get married within three months, otherwise they are required to leave the country. It is obviously a dicey decision, as the couples may face culture shock and even language barriers. However, it is a win-win situation for those who can make it work, but not before going through differences, arguments, and frustration.

One of the couples trying to make it work (despite their cultural differences) is Molly and Luis. They met at a local bar in the Dominican, where Luis worked as a bartender. At that time, Molly was on a “girls’ trip.” Molly and Luis fell hard for each other and after dating for less than two months, Luis proposed!

However, he did not just have to acquaint himself with Molly’s culture and lifestyle, he had to impress her two daughters; 17-year-old Olivia and six-year-old Kensley. The most significant challenge for Luis is to persuade Molly’s father that he isn’t just with her for a green card, and that he truly loves her. What is Molly from 90 Day Fiancé’s job? Keep reading to find out!

What Does Molly from 90 Day Fiancé Do?

Reportedly, Molly Hopkins on 90 Day Fiancé is a business owner. According to reports, the former Double Divas star was charged with possession of marijuana, and pleaded guilty to two DUIs in the past. However, it looks like she left her old habits behind and is now on a mission to empower women with her plus-size clothing line.

Molly’s company, LiviRae Lingerie was started to help “real size” women find bras and lingerie that weren’t just comfortable, but also the right size. It was recently in the limelight after she and her business partner declined to back down after hearing complaints about their in-store advertisements, which had models of various shapes, colors, sizes, and abilities.

Cynthia Decker, the brand’s co-owner, said in an interview, “We wanted to show people that they didn’t have to have perfect skin, bone structure, or bodies to feel beautiful.” However, some people didn’t like it, and the owners were asked to get rid of the window displays.

To express their disappointment, the duo took to Instagram and wrote, “Body shaming is real. We experienced it first-hand today when our landlord asked us to remove our window display. As you can imagine, we’ve received a lot of calls asking what people can do to help. Please share these images along with the hashtag #NoShameLiviRae to help us educate the community about body shaming. Our campaign features women of all shapes, sizes, and backgrounds. The media have been conducting interviews and we will be sharing those shortly to keep you updated. In the meantime, please let us know your thoughts. Are these images offensive or in bad taste to you?”

Are Molly and Luis on 90 Day Fiancé Already Married?

Earlier, there were reports that Molly and Luis’ “90 days” were over, and the couple walked down the aisle. According to sources, Molly and Luis married on July 20, 2017. As of now, the rumors are not confirmed. In order to know if they really tied the knot, tune in to the new season of 90 Day Fiancé. Catch new episodes Sundays at 9:00 p.m. EST on TLC!