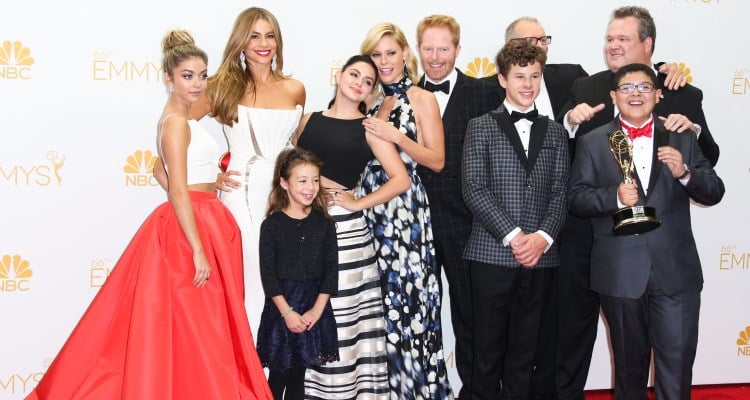 Ariel Winter is Still On!

According to a source close to the American TV mockumentary series, the team planned to cut Winter to accommodate the pay hike demands of Sofia Vergara, Ed O’Neill and Julie Bowen. Steve Levitan, co-creator and executive producer of the series said, “Nothing could be further from the truth. Ariel is a beloved cast member and a crucial part of our show… we are happy to report that she’ll continue to be a part of Modern Family’s coming season.” Rumor squashed!

In episode 1 of season 8, the Dunphy’s take a family trip to New York, while Mitch, Lily and Cam visit the Midwest. Jay, Manny, Joe and Gloria travel to Mexico, but the family will get together for Father’s Day. Be sure to follow their adventures in season 8 episode 1, which airs Wednesday, September 21, at 9 p.m. EST.

Fans of the hilarious family comedy can look forward to some other big name celebs who are rumored to be making appearances on the show this season! Be sure to keep an eye out for Martin Short as it speculated that he will be involved in a special Halloween and/or New Years Eve episode, in which he will have to work with Phil on an important task. We already know adding Martin Short to even just one episode of the show will ensue some serious hilarity, so make sure you stay tuned to check it out!