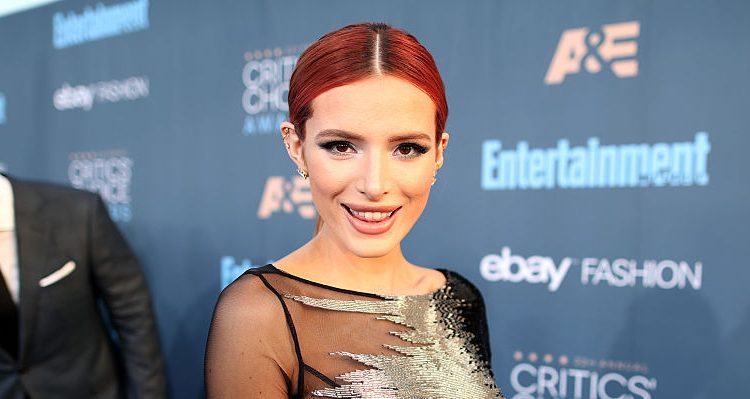 Bella Thorne is one of the hottest actors in Hollywood right now, and she’s got a couple of solid sounding, high-profile films coming out. Thorne is young and gorgeous, and she’s the subject of tabloid fodder. Lately, these tabloid stories focus on her current boyfriend, Mod Sun. But who is he? Get the scoop on Bella Thorne’s boyfriend in our Mod Sun wiki below!

Who Is Mod Sun?

Mod Sun’s real name is Derek Smith. He uses Mod Sun as his stage name. It’s an acronym for “Movement On Dreams, Stand Under None.”

get ya smiles up bb

When Mod Sun’s parent’s divorced, he was primarily in the care of his mother growing up. She moved around a lot as she was pursuing better avenues of employment. Eventually, he settled back into Minnesota, but in the Minneapolis area.

First, It Was Post-Punk

Mod Sun was a drummer with post-punk/screamo outfit, Four Letter Lie from 2004 to 2009.  While they were never a huge band, they did gain a fair amount of attention through their use of social media, specifically MySpace.

Between 2009 and 2010, Mod Sun worked with Scary Kids Scaring Kids until the band broke up. He later claimed that he took the gig due to the Jim Carrey movie, Yes Man.

ur aura….it's so purple bb

In Carrey’s film, the main character decides to say yes to everything. So, when the band asked Mod Sun to play with them, he said yes.

Hippie Hop and Everything Else

After Scary Kids Scaring Kids broke up, Mod Sun headed into his brand of rap music, which he calls “hippie hop.” To date, he has released six mixtapes and three studio albums. He hasn’t had a huge hit as of yet, but his popularity is steadily growing.

But hippie hop isn’t the only thing Mod Sun has been up to. He also wrote a book called Did I Ever Wake Up? The book is a non-fiction work that describes how Mod Sun reached his current state of enlightenment via an LSD trip.

According to Mod Sun, while on this acid trip, he decided from then on, he was going to be happy. That decision has changed how he now lives his life. He trys to be nothing but positive and bring that positivity to others, as well.

We’re not exactly sure how they met, but best estimates have Mod Sun and Bella Thorne dating somewhere around early October of 2017. They haven’t been shy about their relationship either, as both Mod Sun and Thorne have posted photos of one another on their Instagram accounts. And, these same accounts have spawned numerous tabloid rumors.

this beautifully creative intelligent young woman directed a video for my song “address on the internet”…should we drop it? leave ?️?️ emojis + we might 🙂

For example, there is a post of a photo with Mod Sun holding his face to Thorne’s stomach that some tabloids have taken as a hint that Thorne is pregnant!

The latest news is that while traveling with him as part of Mod Sun’s tour, she recently posted images of Mod Sun’s phone, which shows he still has a dating app. Apparently, the app is still live and sending him notifications! Whoops.

Stop making me laugh so hard

At the time of this writing, Mod Sun and Bella Thorne still appear to be dating. But if we were Mod Sun, we’d delete that app and buy a lot of flowers … like ASAP!