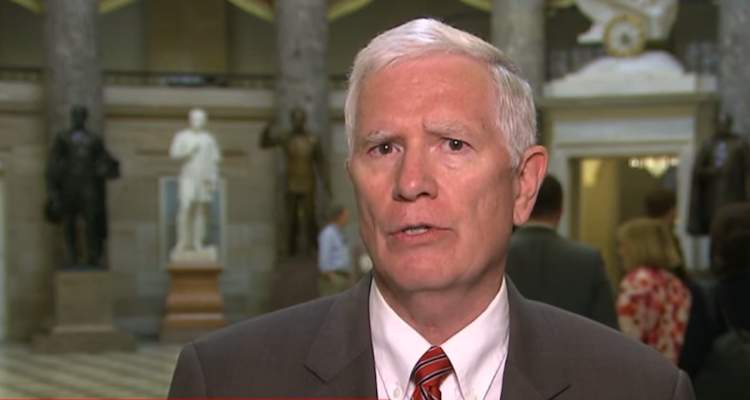 With Congressman Steve Scalise shot during the Virginia shooting, constituents still have questions about the other staffers involved. Now, many are asking about representative Mo Brooks, who gave his account of the shooting. If you want to learn more, then get a closer look with our Mo Brooks wiki.

Who is Mo Brooks?

Mo Brooks, congressman of Alabama, was born Morris Brooks in 1954 in Charleston, South Carolina and moved to Huntsville, Alabama in 1963. His father, Jack Brooks, retired from Redstone Arsenal’s Metrology Center, and his mother, Betty Brooks, taught government and economics for over two decades at Lee High School. According to his website biography, Brooks’ parents taught him to work hard and be honest.

Who is Mo Brooks’ Wife?

He Saw Steve Scalise Get Shot!

On Wednesday morning, while practicing for the charity congressional baseball game, a gunman opened fire on everyone on the field in Alexandria, Virginia. Many were injured and fellow congressman Steve Scalise was shot in the hip. Brooks witnessed Scalise crawling through the field, while leaving behind a trail of blood.

“The only weapon I had was a baseball bat, and that’s not the kind of fight you want to engage in,” Brooks said to CNN, adding that the police “exhibited tremendous bravery” firing back at the gunman.

During all the shooting, which was described to be as long as 10 minutes, Brooks made the brave move to help a wounded Scalise.

“He continues to fire at different people, you can imagine all the people on the field scatter. I run around to the first base side on the batting cage … and hide behind the plastic. … Gunfire continues. Heard a break in the gunfire and decided to take a chance.”

Who was the Shooter?

The shooter who attacked at the GOP congressional baseball practice was identified as 66-year-old James T. Hodgkinson of Belleville, Illinois. According to law enforcement officials and The Washington Post, Hodgkinson owns a home inspection business, but his business license expired in November of last year. The state records show that the license hasn’t been renewed since. It was also noted that even though it looked like he hadn’t lived there in a while, his house (in rural St. Louis) was described as a “modest, rectangular clapboard farmhouse off a two-lane state highway amid fields of young corn and budding soy.”

The shooter died of his own wounds, after Capitol Police shot him and ended the threat.

“My understanding it that’s where our security detail….still defending us, took him down. Once we got the all clear that the shooter was down, we went out to the outfield for Steve Scalise, he had crawled out in the outfield leaving a trail of blood.”

Though many were injured, including Scalise’s aide, Scalise is out of surgery and the police are recovering.

According to the Post, an acquaintance of Hodgkinson from St. Louis, a 50-year-old restaurant manager named Charles Orear, apparently campaigned at an event for Bernie Sanders. Orear described him as “very mellow, very reserved” and a “quiet guy.”